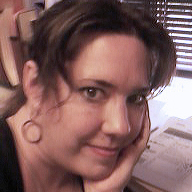 Olivia Hardin has not received any gifts yet

Get into TROUBLE with the Lynlee Lincoln Series!

The first story is FREE!!!

Trolling for Trouble (The Lynlee Lincoln Series One)

Magical and undead creatures can get into plenty of sticky situations. Lynlee Lincoln loves her job as a neutralizer, but she needs a break from the supernatural chaos after an ultra-busy Halloween night. Coming home, she's ready to collapse into her bed and forget the day... until she discovers two children scavenging through her refrigerator. One look at the pair and she feels a tug on her heartstrings, then she learns their father is the man she spent years trying to forget. When Beck pleads with her to help save his daughter, Lynlee gets thrust into a heap of trouble.Snatch it up at any of these locations:

Tangled Up In Trouble (The Lynlee Lincoln Series Two)

Lynlee Lincoln isn’t just a witch, she’s also a Neutralizer. Her job is a juggling act to keep magical and undead clients out of trouble. But getting back together with her old flame throws one more ball into the mix and romance with a guy who has two kids can get complicated. When her old mentor asks her to investigate the goings-on of a dark witch, things turn messy. The witch is stalking supernatural creatures to collect ingredients for a potion that Lynlee can’t seem to figure out.To keep those closest to her from becoming the next victims, she may have to confront the demons within herself.

This Spells Trouble (The Lynlee Lincoln

What is your Favorite Book?
Aztec by Gary Jennings

Tell us about you
Olivia Hardin realized early on how strange she was to have complete movie-like character dreams as a child. Eventually she began putting those vivid dreams to paper and was rarely without her spiral notebooks full of those mental ramblings. Her forgotten vision of becoming an author was realized when she connected with a group of amazingly talented and fabulous writers who gave her lots of direction and encouragement. With a little extra push from family and friends, she hunkered down to get lost in the words. She's also an insatiable crafter who only completes about 1 out of 5 projects, a jogger who hates to run, and is sometimes accused of being artistic, though she's generally too much of a perfectionist to appreciate her own work. A native Texas girl, Olivia lives in the beautiful Lone Star state with her husband Danny and their puppy Bonnie.