A bonus today !! Check out the Dog-ma the zen of slobber post over at  My Side Of Life and get a chance to enter the fabulous doggie giveaway, you could be one of 10 lucky winners to win doggie swag bags worth rrp$150 !!!
10 WINNERS !!
EACH WILL RECEIVE...
A DOGGIE SWAG BAG WORTH $150
PLUS
A DOG-MA AUDIOBOOK GIFT CODE FOR DOWNLOAD
for US…
Continue

Here is another chance to read an excerpt from Dog-ma the zen of slobber by Author Barbara Boswell Brunner over at Kol's Notes
Excerpt from Chapter One: Blood - Read the excerpt here…

Review of Black and Blue by Gena Showalter

Best-selling author Gena Showalter is known for her paranormal romances, and on one level I’m saddened that it has taken me this long to read her work. The Otherworld Assassin series is my first foray into one of Showalter’s creative worlds where paranormal beings coexist with humans, albeit not always peacefully. It looks like this series is a spinoff from her Alien Huntress series, but from my experience, it wasn’t necessary to have read any of the books from that series before starting…

After her grandmother's untimely death, Abby Morgan returns to the small Southern town that was once her home to handle the affairs that have been entrusted to her. Shortly…

In order to find her father's killer, Helena of York is forced to play the most dangerous game of her life. The Saxon noblewoman, now an outlaw, must adopt a false identity and pose as a Norman in…

Review of Cold Day in Hell by Jerrie Alexander

Jerrie Alexander’s Lost and Found, Inc. is a great new romantic suspense series, and the first book, Hell or High Water won me over very quickly. Now, after reading Cold Day in Hell, I’m definitely a fan.  I don’t think you necessarily have to read Hell or High Water before jumping into this second installment, but doing so will really enhance your enjoyment and appreciation of the overall scope of the series and give you more insight into the backstories of this great… 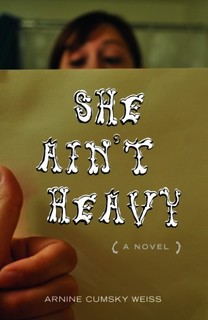 Eleven great shifter stories that are intriguing, steamy, and sure to set your sense tingling.

Marina Maddox’s Laid Bear:  Bethany is a curvy young woman who can’t believe her luck when her hot new neighbor Max falls for, but his secret not only threatens her future, but her… 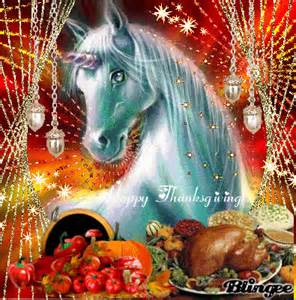 Olivia Twisted is a great YA novel that provides a modern day spin on Charles Dickens’ classic Oliver Twist. You don’t need to read Oliver Twist to enjoy and appreciate the story though. It’s been so long since I read Dickens’ novel about a young orphan, Oliver, who becomes entrenched in the dark underworld of thievery that I can barely remember the plot. However, each chapter starts with a quote from Oliver Twist that foreshadows the events and reminded me of the…

Review of Hard As It Gets by Laura Kaye

Okay, all you fellow romantic suspense readers out there, get ready for Laura Kaye’s smexy new Hard Ink series. Her debut novel, Hard As It Gets was just released, and so far, I’m impressed with the storyline and the loyal cast of characters who collaborate to solve an ongoing mystery behind a major cover up that has already destroyed the careers and reputations of five ex-special forces soldiers who are determined to clear their names.

Becca Merritt  steps out of her comfort…

plus ebook runner-up prizes too… 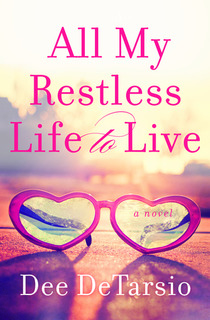 The third book in The Bringer and the Bane series is a great adult medieval fantasy that takes the reader on a perilous journey in the battle against evil.

Living in the shadow world for the last thirteen years as a Demon Bane, Rell has now been given the chance to be made human and brought into her…

The second book in the Demon Outlaws series is an action filled, intriguing and unique read.

Blade, a retired assassin has crossed the desert to seek a new life but his sense of duty interferes with his plans when he comes across Raven who is nearly executed at the hands of her stepfather, for being…

The first book in the Darkness series is an intriguing and action filled paranormal must read.

Finn is the Alpha of the fiercest werewolf packs in the south and he’s in full battle mode fighting the Akkadian demons that has mysteriously escaped from Hell.  Desperate for his help, Lyra is a royal…

The sixth book in the Dark Angel series is an intriguing urban fantasy read with lots of action and surprising twists.

To save those closest to her and stop all from breaking loose Risa has no choice but to stop the second gate from opening by finding the keys.  She’s angered several powerful people…