Sanctuary caught and kept my attention because of the unusual way Creeden incorporates elements from multiple genres and weaves them together into a story unlike anything I’ve ever read. The book has a mix of science fiction, with an alien invasion that instigates a zombie apocalypse and indicates prophesies foretold in Revelations have begun. A church provides sanctuary from the external dangers, and some characters rely upon their faith and prayer to give them strength and keep them…

The first book of the metaphysical fiction Soul Series is a unique and intriguing story of ghosts, demons and enlightened beings and a butt kicking heroine.

Reya’s only shot at redemption is to be a Redeemer, someone who offers the soon to be dead one last shot at atonement for their sins.  Thane is a detective who compromises his own soul by carrying out his own brand of justice.  When good people start dying the two will… 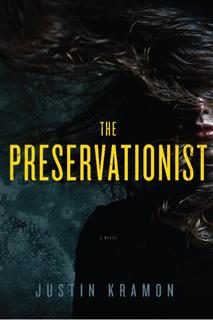 I am offering 50 copies of Stern Desire Love Redeemed for free on Smashwords. Please use coupon code TS46H.

Her love can heal him; his love can set her free.

The moment Kyra walked into billionaire Jared Stern’s hospital room and introduced herself as his nurse he knew that this paragon of loveliness was what he needed to mend his damaged soul. Jared knew he had to have her. They shared an instant mutual attraction. Drawn together by…

This is an intriguing Christian fiction full suspense, emotional growth and overcoming pain and accepting happiness and faith.

A family legacy has brought Charlotte back to Chicago, the place where she was the center of the most famous kidnapping in Chicago.  Bryce is the man she wants to sell her Grandfather’s coin collection to and as their friendship grows, Charlotte finds maybe he can help her put some of her past behind… Our Book Review
I enjoyed the whole aspect of the story, for me it reminded me of a grown up version of a fairy tale with a prince, a princess, a witch along with the myths and legends. I still think fondly back to the story now, long after finishing it.  Fantasy isn't my normal…

This book is an engaging read with suspense, romance and the paranormal with some unique elements that makes it very intriguing.

Catherine is a young widow that is shipwrecked on a mysterious island, all she wants is to find a way home, but soon finds out that it is impossible. Gerard is the Master on this mysterious island and the man who saved Catherine and he finds himself falling for her, but can she accept him, secrets…

The first book in The Blood Rose Rose series is a unique and captivating tale of the supernatural.

Starving for blood, mastyr vampire Gerrod of the Merhaine Realm never thought a mere human could be his mate, much less satisfy his blood needs.  Abigail is a human who wants to open a bakery in the realm and she finds her life turned upside down when the enemies of the realm-folk attack a fae wedding. …

The second book in The Blood Rose series continues to be as intriguing and captivating as the first.

Ethan, mastyr vampire of the Bergission Realm is committed to ruling and protecting his realm with single mined intensity and he doesn’t have time for complications, especially with their enemies up to something.  Samantha’s life takes on new meaning when she discovers she is not only half human, half fae, she has a surprising…

The second book in the Moon series is an intriguing and captivating story that keeps the reader completely entertained.

Sasha was bitten and transformed into a jaguar shifter by the Nero Organization and now in order to protect her sister while running from them, she has to trust the one man who has every reason to want her dead. Aren is a werewolf whose mate is the one woman his pack will never accept, but he will do…

The second book in the Enclave series is a riveting story with action, suspense, romance, very hot sex and vampires.

When the Enclave is betrayed by his former partner, Aaron is driven to hunt him down and kill him.  Gabrielle is looking for her missing sister and the search leads her to the vampire that Aaron is hunting.  Can they combine their missions and work together or will the pain of the past get in the… 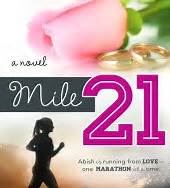 The second book in the series is an intriguing thriller that keeps the reader reading until the very end.

Seventeen years ago, a group of young friends’ lives were destroyed when one of them disappears on a camping trip.  Meg left everything behind including her lover and now concentrates more on her career than anything. Chad the one she left behind, is a detective and has spent the last seventeen years trying to solve the…