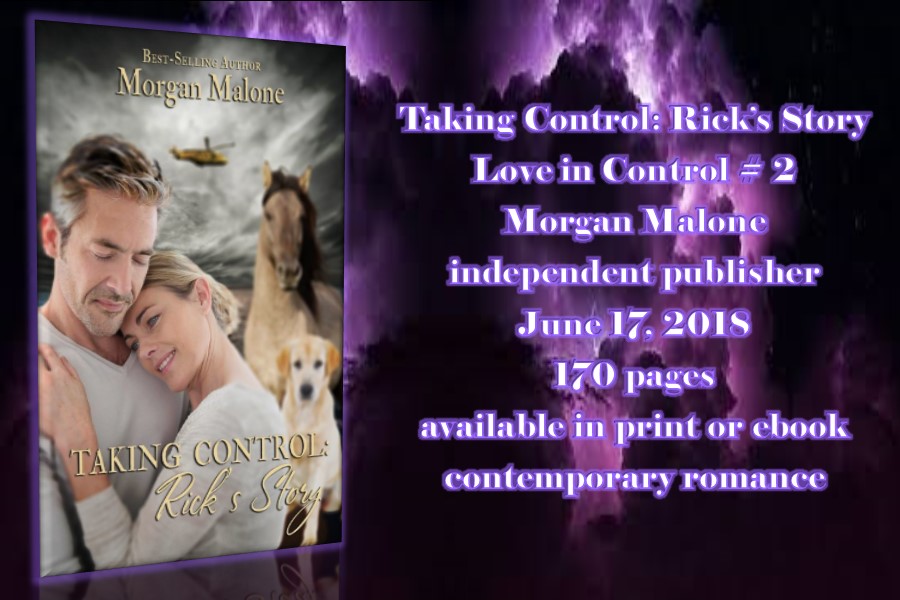 BOOK BLURB:
Summer on the Jersey Shore and all Rick Sheridan wants is some solitude at his beach house. Then he spots a lean, leggy blonde coming out of the surf and his plans are shot to hell. And the dangerous looking knife strapped to her arm tells him this is no damsel in distress. As a not-so retired Marine, at 51, Rick’s learned that nothing is for certain, plans can spin out of control and shit happens.

Wounded and weary from one too many wars, Britt Capshaw thought a summer at the Shore, hanging out in her family’s beach cottage, would help her heal. And figure out what to do with the rest of her life. Out of the military, disillusioned and distrustful of any two-legged male, Britt’s one love is Alex, the yellow Labrador retriever she rescued from Afghanistan.

Rick and Britt are immediately attracted to one another, but after years in combat, they are wary of letting down their guard, of giving up control. The summer heats up and fireworks are flying between them even after the Fourth of July. But, ghosts from their pasts haunt them and finally bring them face to face with some dark secrets that may destroy the fragile trust they’ve built.

Can Britt trust Rick with her dangerous past? Will Rick be able to let go of the rigid control he needs to keep Britt and himself safe from more heartbreak? These two brave souls fight against surrendering their hearts and finally finding love. Who will win?

Scars from the past play a big part is heartwarming contemporary romance with strong, compelling characters that grabs readers’ attention and ensures that they want to know the story and as they get to know the story, the readers can’t help but admire them for the past, their courage and their strength. The relationship between Rick and Britt is sweet but full of emotional turmoil that tugs at heartstrings and a past full of strength, courage and some dark turbulence due to their time in the service that that adds to the heart jerking emotional atmosphere of the story, while the chemistry between the two is undeniable these issues have them holding back from each other. Readers can’t help but become caught up in the story as Rick and Britt both try to overcome the past that haunts them and they face dark secrets that threatens destroy the fragile trust between them. The plot is steady paced with an adorable dog that helps this couple reach for their happily ever after.

Add to your shelves at –

Taking Control: Rick’s Story is the 2nd book in the Love in Control series –

1 Out of Control: Kat's Story 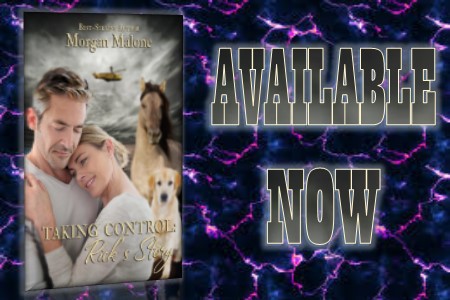 AVAILABLE in print or ebook at

He stood before the French doors to the deck, with a large mug of steaming black brew cradled in his hands, letting its warmth take away some of the chill that had surrounded him for the last several months. I’m freezing. And it’s not the air-conditioning. It’s my damn frozen heart. Rick pushed the doors open, letting the heat of the sun and the smell of the ocean sweep into his house. He stepped outside, breathing deep, relaxing just a little. Yeah. This is what I need. A summer at the Shore, a few projects, and plenty of quiet—then I’ll be back to my old self. Chuckling as he mentally reminded himself of just how “old” his self was, Rick raised the cup to take a long sip of coffee.
He saw the figure emerging from the waves almost directly in front of his cottage at the same moment he heard the loud barking of a nearby dog.

What the hell?
She was a modern-day Botticelli’s Venus, with the waves foaming around her legs. Long, long legs, lean and tan, disappeared into a bright blue bikini bottom, just visible under the blue and white swim T-shirt that covered a long, muscular torso. Her arms were raised, her hands brushed back sodden strands of platinum blond hair. A swim mask dangled from her left elbow, dropping down into her hand as she lowered her arms. When she stepped from the surf, the woman gave an all-over body shake, drops of ocean water flying off her, glistening for an instant like diamonds in the early morning sun. Then she dropped to her knees so suddenly that Rick lurched forward, splashing coffee as he looked down for a place to leave the heavy mug before he rushed to her aid.

He needn’t have bothered. From the deck of the cottage to his left, a huge yellow dog was bounding down the wooden stairs two at a time in a mad dash to the woman. She stretched out her arms to the animal just before the happy hound collided into her, rolling her into the sand. The woman’s laugh floated on the ocean breeze. Rick straightened, still grasping his cup of coffee and stepped back into the shadows cast over his deck by the second-floor balcony. From his vantage point, he watched the woman ruffle the dog’s fur, the animal prancing and shaking in spasms of pure pleasure. When had he ever experienced such unfettered joy? Rick couldn’t remember. A long, long time ago…maybe.

Who was she? The owners of the cottage next door were an older couple who spent half the year in Florida and half the year on the Shore. Could she be a granddaughter or niece? Or had the couple decided to rent this year? Rick made a mental note to contact his property manager who handled many of the shore homes and make inquiries. He had not planned on having to deal with a stranger; he just wanted some peace and quiet.

The woman and dog were walking up from the water’s edge. Rick eased toward the open doors of his living room, thinking to disappear into the shadows. He just didn’t feel like an early morning encounter with anyone, certainly not the mermaid with those incredible legs who was ambling slowly in his general direction. He stopped suddenly when something caught the corner of his eye. A glint of sunlight on metal. He reached for his pistol, but his waistband was empty. Damn. What is that woman doing with a diving knife strapped to her right bicep? Who the hell is she? 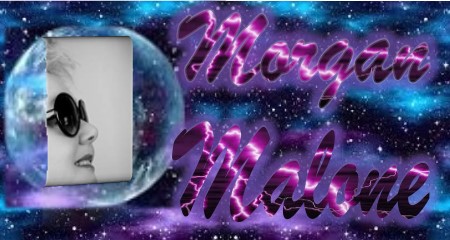 Morgan Malone is the pen name of a retired lawyer who turned in her judicial robes to write romantic memoir and sexy contemporary romance, which always features silver foxes and the independent women who tame them.

Morgan fell in love with romantic heroes after reading her mother’s first edition of “Gone with the Wind” when she was 12 years old. Rhett Butler became the standard by which she measured all men. Some have met the mark, most have failed to even come close and one or two surpassed even Rhett’s dark and dangerous allure.

Morgan lives near Saratoga Springs, NY with her beloved chocolate Lab. She can be found on occasion drinking margaritas and dancing at local hostelries, but look for her most often in independent book stores and the library, searching for her next great love in tales of romance, history, adventure and lust. When she can’t find the perfect man, she retreats to her upstairs office and creates him, body and soul, for her pleasure and for yours. Remember: love, like wine, gets better with age.