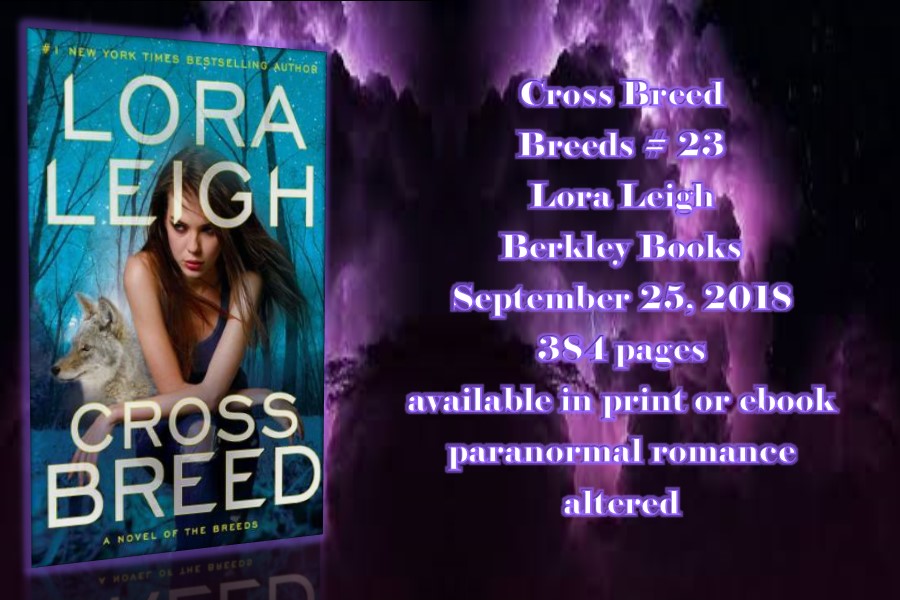 It’s been over a decade since she was introduced as an unforgettable eight-year-old in Elizabeth’s Wolf. Now all grown up, Cassie is unique among the Breeds as a Coyote/Wolf mix. She has long known that her mate was somewhere out there, but he’s stayed frustratingly out of sight and beyond her senses. Cassie has decided to make her move and her mate is ready to make his. The Breed world will be rocked to its foundation as dangerous secrets are revealed.

Wow! What an exhilarating read! I have been impatiently awaiting Cassie’s book and wondering who her mate was ever since she was introduced as an eight-year-old little girl. This child captured my heart and remains there still and I have to tell you that her story rocked my world just as it rocked the Breeds. Without giving away just who her mate is, I will tell you that he is sexy and arrogant, frustrating and mysterious with lots of secrets and a whole lot of alpha attitude as while I wouldn’t have put them together before, I could feel the magnetic pull of these two together and now I can’t picture Cassie with anyone else. These two character are seriously strong, totally convincing and really steal the show with their romance that is filled with lots of twists, explosive chemistry and volcanic passion and then of course there is the all the emotional turmoil one would expect during a Breed mating but this story goes a bit beyond the normal due just who these characters are. Oh, and of course there tempers flying and frustrations rising and jerks getting knocked on their behinds.

The adrenaline pumping thrills and excitement never stop in this fast paced novel that keeps readers turning the pages with obsessive fever. There was definitely no way I wanted to miss one glorious second of Cassie’s story which has secrets being revealed that blew me away, which of course means that readers will impatiently awaiting the next book to find out what happens next. Although, I don’t know if Cross Breed can be topped, but I have no doubts that this author could make me eat my words, because she brought new characters in and like most readers of this series, I can’t never get enough of the Breed world and all its fascinating characters.

Add to your shelves - Cross Breed is the 23rd book in the Breeds series - 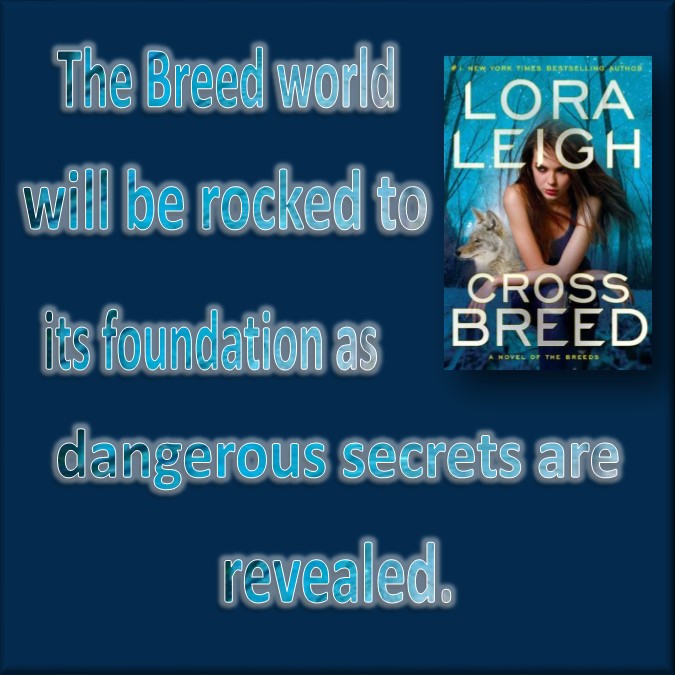 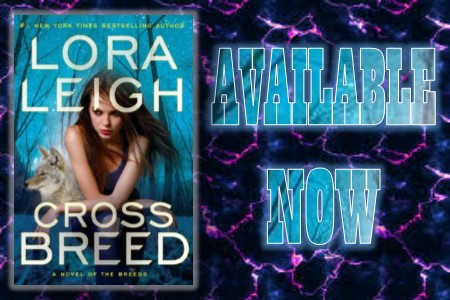 AVAILABLE in Hardcover or ebook at: 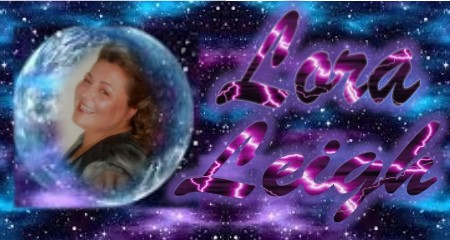 Lora Leigh dreams in bright, vivid images of the characters’ intent on taking over her writing life, and fights a constant battle to put them on the hard drive of her computer before they can disappear as fast as they appeared.

Lora’s family and her writing life coexist, if not in harmony, in relative peace with each other. Surrounded by a menagerie of pets, friends, and a son who keeps her quick wit engaged, Lora finds her life filled with joys, aided by her fans whose hearts remind her daily why she writes.

Lora can be reached at Loraleigh0@gmail.com. 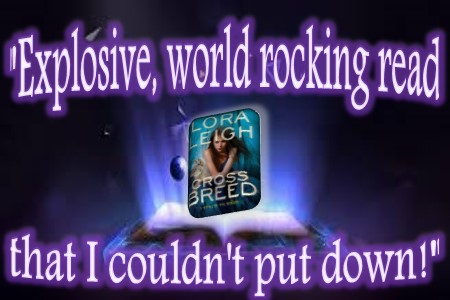