Old earth has been deemed unsuitable for life, New Earth is home. With the Uni-Wars over, races have joined together in order to sustain their way of life. All life was considered worth saving, but only one race failed to submit. Humans.

Now extinct, humans are a thing of the past. The people of New Earth won’t acknowledge their hand in their eradication, but they have benefited from it. Dr. Vaggo Blackmore has found the answer, he’s restored his races way of life- sustenance through farming. The one thing that will give them back their long lives….. Blood, human blood.

Biologically engineered in a lab, Genesis Blackmore has always been different. Her father has told her it’s due to her enhancements, the Federated Council sees her as a genetic mutation; and her fellow peers see her as the shiny new toy. Gen has had better days.

Everyone on New Earth has milky white skin, platinum blonde hair, and electric blue eyes. It’s the norm. Genesis’ glossy, black hair, ice blue eyes ringed by gold, would have almost made her socially acceptable- if it wasn’t for her golden skin and blue, gold veins. In a sea of milky white she alone is the dark anomaly.

All Pars get their life’s nourishment through blood plasma. All Pars find their match through the tasting. Gen can do neither, forbidden by her father to do so. She can neither taste, nor be tasted. Something that’s never bothered her until now.

An additional 30K added to the short story that originally appeared in Romantic Tales: Bedtime Stories Season One

The first book in the New Earth series is an intriguing futuristic vampire read with unique elements.

Humans are now extinct and the people of New Earth won’t acknowledge their hand in their eradication. Dr. Vaggo Blackmore is going to give his people back their long lives with… blood, human blood.  Genesis Blackmore was genetically engineered in a lab and her father told her that the Federated Council sees her as a genetic mutation. She is a dark anomaly in sea of milky white skin, platinum blond hair and electric blue eyes. All Pars get their nourishment through blood plasma and find their match through tasting, forbidden by her father, Genesis can do neither and that’s never bothered her until now.

The plot starts out a little slow but quickly picks up momentum as the story progresses.  There is lots of information given in the beginning that is vital to understanding this futuristic tale and while it may be a little slow paced and can be a little overwhelming at first it is very intriguing. The author engages the reader with vivid descriptions and intense detail that brings each scene to life and captures the imagination.

The compelling characters grab the reader’s attentions and are easily related to. Genesis is the main character the author gives her a personality that kind of sticks out from the others making sure the reader can easily empathize the heroine and totally gets totally caught up in her story.  She has a couple of love interests but is torn by her upbringing and what her father has always told her and the sex scenes are hot and steamy.

The author has created a very intriguing futuristic fantasy world with different kind of vampires. I found the story to be riveting and entertaining and I feel that it has lots of potential for the future books in the series, but I must warn you the story does not have a happy ever after ending but Genesis’ story is far from over. 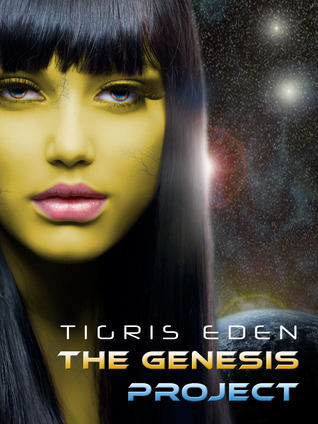 One of Tigris’ fondest memories, was in the sixth grade, when her teacher read her story, “The Case of The Missing Pepperoni”, out loud to the class. It was then she decided she wanted to be a writer when she grew up. But like all childhood dreams, reality has a way of crashing in and disrupting plans. But her imagination and the voices inside her head never stopped talking. Every dream she could remember was jotted down in her dream journals.

Years later she’d use them to express her happiness and her pain, through poetry. She took her real life situations and twisted them into something she could handle. Fantastical tales of love, life, death and cruelty. Now that her dream of writing is a reality she turns the voices in her head into stories of werewolves, vampires and other mythical made-up creatures and drops them into a world of her choosing.

All of her stories are figments of her imagination, mixed in with a healthy dose of real-life situations. Tigris’ famous lines are “It’s not me who’s interesting, it’s my crazy whacked out friends and family around me who are.”

Aspiring to be waited on hand and foot, Tigris spends her evenings and weekends in front of her computer, typing out the various stories that she’s either dreamed or witnessed.

An avid reader, Tigris enjoys an eclectic range of authors. Some of her favorite titles are Animal Farm, Slaughterhouse Five, Stephen Kings, The Stand, and Big Bad Wolf, A light in the Attic, Jane Eyre, The Color Purple, Oh the Places You Will Go, The Secret Garden, and Menefreya in The Morning. Just to name a few.

When she’s not writing Tigris marvel’s at life’s gifts. She likes to take pictures of beautiful things. She openly admits that what she may find beautiful another person might not, and she’s perfectly okay with that. She enjoys her music and doesn’t leave home without it. Long pillow conversations with LL about nonsensical things, and hanging out with her boys, when they deem her “cool enough.”

It can be said that life is never boring at her house. Something is always going on. Shouting matches at the tele, food fights at the table, and the occasional extremely loud singing.

Tigris is currently working on the Shadow Unit Series, Romantic Tales: Bedtimes Stories, and has expanded on the Genesis Project which will now be a trilogy introduced in 2014.

Tigris is a military brat who’s done her fair share of travelling, thanks to her Army father. She’s married to the infamous LL and has three boys. She currently resides in Houston and is actively seeking a book-buddy for the end of the world.