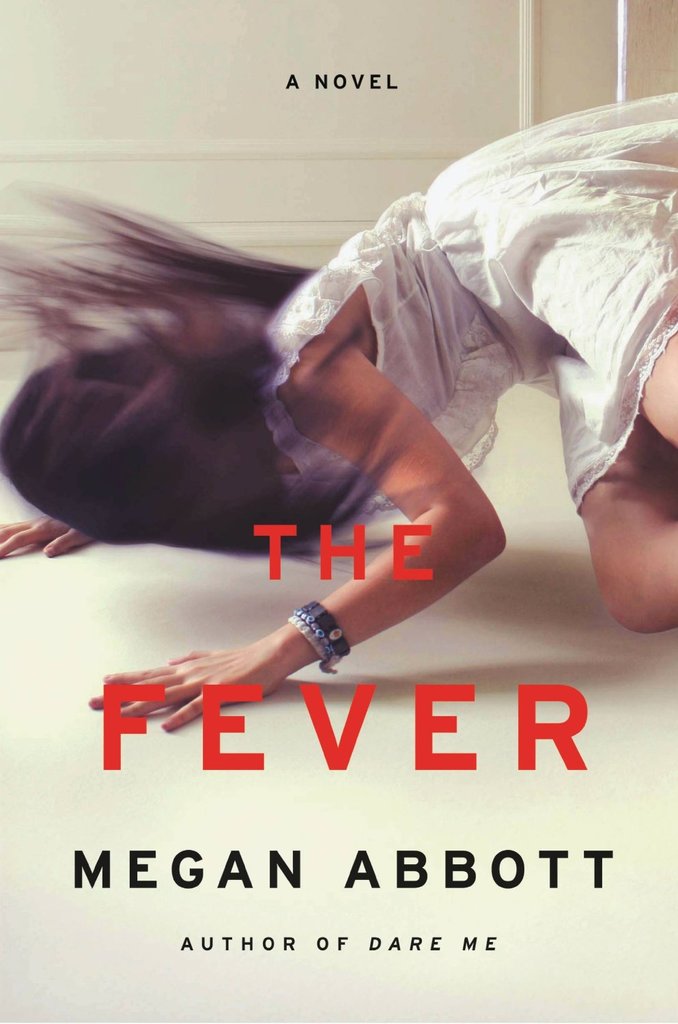 I was originally interested in this book not only because it sounded chilling and mysterious, but the description sounded an awfully a lot like an incident that happened near my home town a few years ago: Mass Hysteria Confirmed.  You can read the article there.  The Fever follows a similar course, but is addled with desire, dark secrets and the feelings that could only be understood by a teenage girl's mind.

Deenie Nash and her friends seem to live the perfect life in the small town of Dryden.  School, friends, fun...and boys make up their lives; until Deenie's best friend, Lise is struck down with a strange illness in the middle of class.  Lise's face and muscle contort and twist as she falls to the ground shaking.  Deenie is left horrified.  Others giggle that they caught a peek of her underwear.  Tension grows when the hospital can't quite figure out the cause and then Deenie's other friend Gabby is struck is a terrifyingly similar way.  The Health Department and Police are eventually called in as several more girls display similar symptoms.  The entire school and town become affected and secrets come out as possible sources for the outbreak are explored.  Could it be the strange algae in the lake, the HPV vaccine that the girls had to receive, is it something in the air?  Whatever it is, Deenie is deeply concerned for her friends, both the affected and unaffected.

Megan Abbot has written a teenage girls thought process to a tee.  There are definitely elements of horror in the story, as this chain of events has happened and can happen again.  I enjoyed reading through the many twists and turns as Deenie's character tried to navigate high-school as well as figure out what was happening to her friends. As teenage girls, the characters were easy to relate to for me, but also easy to dislike.  Since they were written perfectly, I could glue the faces of girls that I once knew into many of the characters.  The secrets that come out in the community from the mass hysteria of the girls is absolutely intriguing.  Like the ripples created by a pebble dropped in water, the hysteria spreads through the whole town based on the actions of one girl.  Though I had an idea of where the story was going, I really had no idea how it would end; I was surprised at the real reason for all the hysteria.  Without giving too much away, the reason behind it all makes perfect sense in the world of a teenage girl.

This book was received for free in exchange for an honest review.