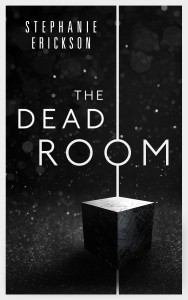 322 years after the apocalypse, a small group of survivors have carved out a way of life on a small island in the Pacific.  They dedicate their existence to Bennet Ashby, the man who found the island and created a material to contain the force that caused the apocalypse.  The island is governed by a group of Elders who are tasked with keeping the delicate balance of life within the island, births and deaths, jobs and limited resources.  The Elders also hold many secrets from the rest of the islanders.  These secrets do not sit well with Ashley Wortham, whose constant questions have gotten her in trouble.  Matched with the vile and abusive Wesley, Ashley decides to fight back. When Ashley murders Wesley, her best friend Mason receives the blame and is slated for execution.  The Elder's come up with a solution that will fit their needs and deal with the accused murderer Mason and troublesome Ashley- send them off the island too determine the conditions on the mainland.

This was a unique look at a post-apocalyptic society.  The lies that were told and the secrets the were kept by the Elders and bothered Ashley intrigued me also.  I could easily relate to Ashley's inquisitive, adventurous and determined character. Mason, though happy to play his part on the island, is also courageous and shows a deep care for Ashley. The politics on the island were fascinating and the cast of Elders added depth to the plot since they all have different intentions.  My curiosity piqued when Ashley and Mason reached the mainland. There were many surprises here, one which totally threw me with Ashley's character.  I was also really interested in the cause of the apocalypse and what the Elders understood about it.  The ending is very fast-paced and leaves off an a huge cliff-hanger.  So, I still have many questions about the founder of the island, the apocalypse itself and the fates of many characters.

This book was received for free in return for an honest review.