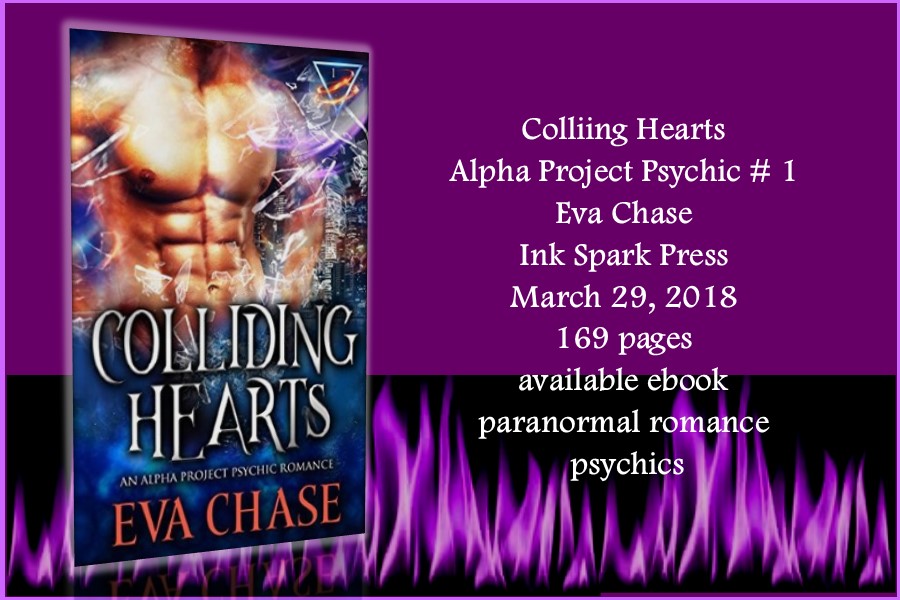 He can move anything with his mind. Only she has ever moved his heart.

Jeremy Keane doesn't let himself get too attached to anything. After all, a single slip of his telekinetic ability can send him on the run. So when he uses his power to save a stranger's life, he knows better than to stick around, even if one look into her big brown eyes makes all his defenses melt. If only she weren't so damned persistent.

Grace Trevell knows she's spent too long reeling from her mother's abandonment and her grandmother's death. It's time to make new friends, fall in love, and build a true home for herself. So when a gorgeous guy risks his life to save hers, she's not letting him just walk away. But Jeremy is keeping secrets beyond anything she could imagine.

Then a group of sadistic researchers starts sniffing around town. Leaving is the only way Jeremy can keep his family safe, but that means leaving behind the woman who's stolen his heart. And Grace has already become a target in the battle to exploit his talents...

*Warning: This standalone psychic romance contains dangerous situations, sexy banter, and more steam than you can shake a stick at. Recommended for mature readers only.*

Eva Chase’s Colliding Hearts is a delightful read that has some interesting characters and an intriguing plot. I read the prequel, Burning Hearts first and I was quite fascinated by the whole taking kids off the streets and keeping them for experimentation plot, so I was looking forward to finding out what happened to the Jeremy’s parents and his brothers. The books focus on the brothers and the first one is Jeremy’s where he meets this woman and accidentally draws attention to himself and the bad guys come running and I enjoyed reading it only the story is seems a little flat after reading the prequel. I am not sure why I found it to be so and I must say that while Colliding Hearts can be read without reading the prequel you might want to read the prequel so that you have a better understanding of just who the enemy is and why they would be after Jeremy.

Overall Jeremy and Grace were captivating characters that drew me in and I really wanted to know what happened next in the medium to fast paced storyline. I will have to read the next book and see where things go from here and hopefully I will be able to determine more.

Colliding Hearts is the 1st book in the Alpha Project Psychic Romances.

Book 2: Hidden Hearts will be available in June.

Colliding Hearts is available in ebook at:

Eva Chase is available at: