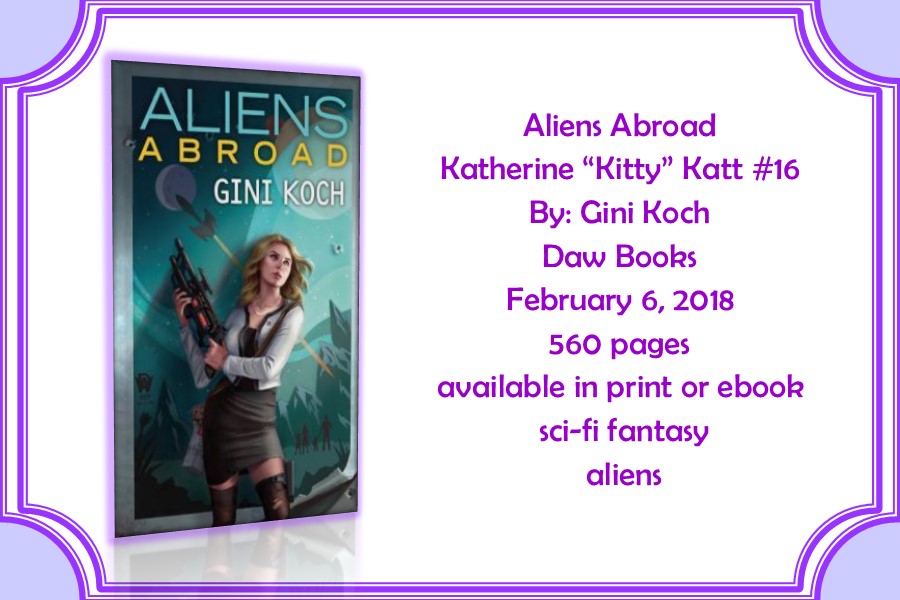 With the human population growing and alien refugees pouring in from around the galaxy, Earth is becoming too overcrowded to sustain itself--and the solar system is filling up with the alien overflow. Advanced technology from the Alpha Centauri and Vatusan systems offers one possible solution. It's time to explore new planets and see if any uninhabited ones can be claimed.

The President and First Lady, aka Jeff and Kitty Katt-Martini, aren't supposed to be on this mission, but what looks like a snafu during a political photo op on the newly christened Distant Voyager spaceship turns out to be a call for help from a planet that might be Earth's salvation...or its destruction.

The discovery of a world at the opposite end of the galaxy that seems like it could be a twin to Earth creates the usual issues for Kitty & Company. It also raises questions of Z'porrah and Ancient influence--not to mention cloning, the multiverse, and, scariest of all, whether or not the Black Hole Universe Police are starting to take too much of an interest in this particular universe.

Kitty is back and once again, she storms through my world creating a complex but exhilarating adventure for me to get lost in.

Kitty and her unique and quirky crew find themselves on another adventure that provides lots of action, suspense, thrills, danger, drama and fun to keep readers well entertained from beginning to end.  Also, who can get enough of meeting interesting new aliens, visiting awe inspiring worlds, dangerous adversaries that may or may not remain an adversary and of course delightful animals that add their own special twist to each and every story.

Aliens Abroad give readers a surprising journey right along with Kitty as the whole crew is taken unawares by … well I let you figure that one out for yourself as there are several suspects. The journey is fast paced, thrilling and full of fun as well as wonderful adrenaline pumping events that keep readers on the edge of their seats.

Gini Koch is such a wonderful storyteller as she paints vibrant images that make it easy for readers to become caught up in her fascinating world but she also has created such fun loving and quirky characters that readers never know what to expect from them at any given time which just adds to the overall suspense and spontaneity of the stories and certainly keeps readers on their toes. I enjoyed another exhilarating visit with Kitty and her fascinating world and I of course after that ending I am waiting on pins and needles to find out what happens next.

Aliens Abroad is the 16th book in the Katherine “Kitty” Katt series.

Aliens Abroad is available in print & ebook at:

Gini Koch can be found at: