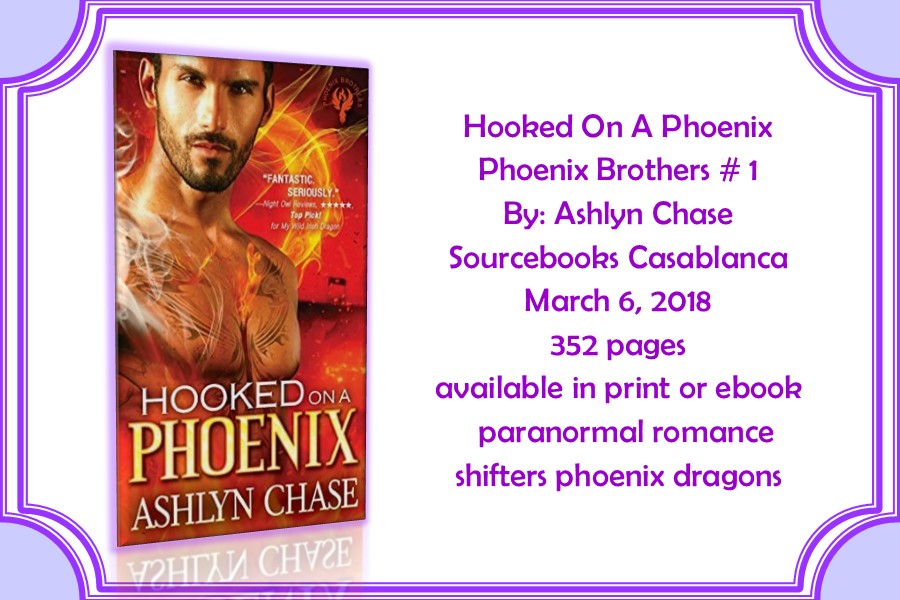 LOCKED IN A BANK VAULT TOGETHER...
THEY MIGHT REDEFINE THE MEANING OF 'SAFE' SEX

Misty Carlisle works as a bank teller in Boston's financial district. She's had more rotten luck in her life than most, except when her childhood crush shows up to cash his paycheck. Then her heart races and her mouth goes dry.

Gabe Fierro is a firefighter―and a phoenix. Like his brothers, his biggest challenge is finding a woman open-minded enough to accept a shapeshifter into her life. When his boyhood friend asks him to watch over his little sister Misty, he reluctantly agrees. But when the bank where she works gets held up, Gabe does everything he can to protect her. The two of them end up locked in the bank's vault...where things get steamier than either of them ever imagined.

Ashlyn Chase has created another great series in her fascinating paranormal world with wonder and exciting characters and her own unique elements that add spice to each and every story.  The Phoenix Brothers were introduced in the Boston Dragons series and now star in their very own series.

Gabe and Misty are strong, captivating characters that draw readers in and hold them hostage until the very end, their romance is sweet and full of sizzling attraction and fiery passion as they work through their differences. The plot is fast paced and full of suspense and action, which keep readers on their toes throughout while intriguing twists add thrills and excitement to the story.

I find that Ashlyn Chase has a knack for bring her stories to brilliant life making it easy to get caught up in them and since she injects just the right amount of humor and mixes in her own unique elements which really make them a delight to read. Add in the wonderfully fascinating characters and their unique personalities and I just can’t get enough of, which ensures that I keep coming back for more. Hooked on a Phoenix was an exciting read and I found Gabe and Misty to be enchanting characters that made it easy for me to become captivated by their story and Gaia really just added charm and interest to the story and along with a bit of a snarky attitude added spice to the story, so I can’t wait to read the next Phoenix Brothers’ story.

Hooked On a Phoenix is the 1st book in the Phoenix Brothers series.

Hooked On a Phoenix is available in print & ebook at:

Ashlyn Chase can be found at: