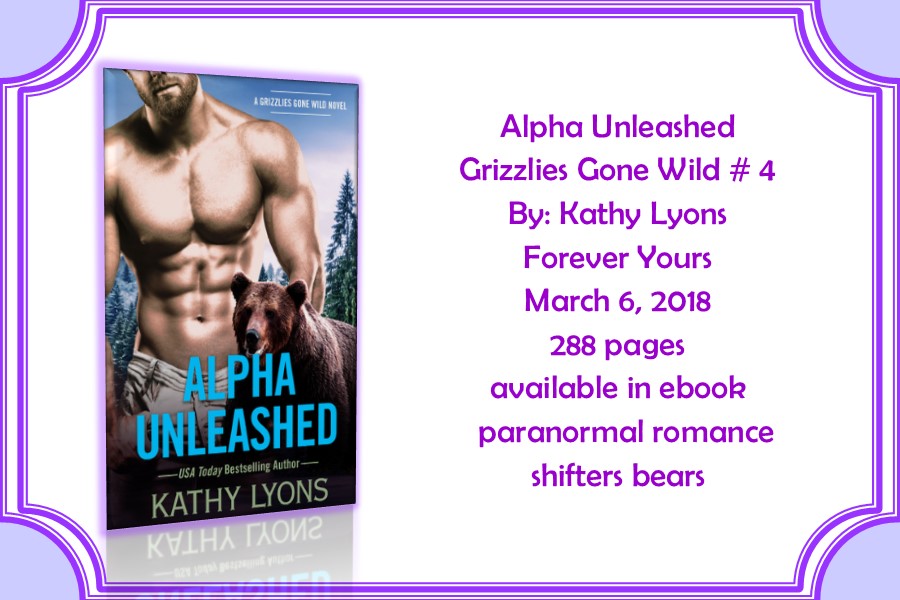 Some men aren't meant to be tamed. Especially if they're Grizzlies Gone Wild.

YOU CAN'T KEEP A GOOD BEAR DOWN

Alyssa Nelson doesn't actually believe that Simon Gold is a shape-shifting grizzly bear---until she sees it firsthand. Aaaaand the award for Totally Surprising Changes goes to Simon Gold. But Alyssa doesn't have time to deal with the fact that her ruggedly hot, long-time secret crush is a shifter . . . not when her brother has turned into one, too.

After ten months in bear form, Simon is struggling. He's not ready to deal with anyone, let alone the bold and gorgeous Alyssa. Mine, whispers his bear. But all hell has broken loose in the Detroit shifter community, and it's spreading to humans. Now Simon must face the darkest place of all: where bear and man become one. And the only way he can make it back to his humanity is by finding---and claiming---his mate.

Alpha Unleashed is an exciting shifter story that is full of surprises. Alyssa and Simon are strong, compelling characters that keep readers on their toes as sparks and tempers flare throughout the story. The romance if full of turmoil as well as being one heck of a rocky road for Alyssa and Simon to maneuver through in order to have any hope of achieving an HEA which really keeps readers engaged and wanting to know how everything works out for this couple.

The plot is fast paced and full of suspense and surprising  twist that even the characters are unprepared for which has readers holding their breath in anticipation as the characters try to work through each curveball throw their way.  The story is well written and it easy to picture each and every scene making it easy for the readers to become caught up in it.

This is the first book that I have read in the Grizzlies Gone Wild series and I must tell you that there were quite a few surprising and unique elements in Kathy Lyons’ shifter world.  The characters were strong and drew me in while the story kept me glued to the pages, so I will definitely be reading the first three books in the series as well as looking forward to future books in the series. Although, I would like to mention that while I enjoyed the book, I do believe that it would have been better if I had read the books in order in order to better grasp the world and what is taking place in it overall.

Alpha Unleashed is the 4th book in the Grizzlies Gone Wild series.

Alpha Unleased is available in book at:

Kathy Lyons aka Jade Lee can be found at: