Can they save the Dome – Hunter by Sally Ann Melia

Sally Ann Melia caught me totally off guard with this awesome story of two young boys lives, in the Guy Erma and the Son of Empire series.

I have read and reviewed the first book, Kidnap, and fell in love with it., so now I am sharing Hunter, Part II in the series.  You can see my review for Kidnap HERE. 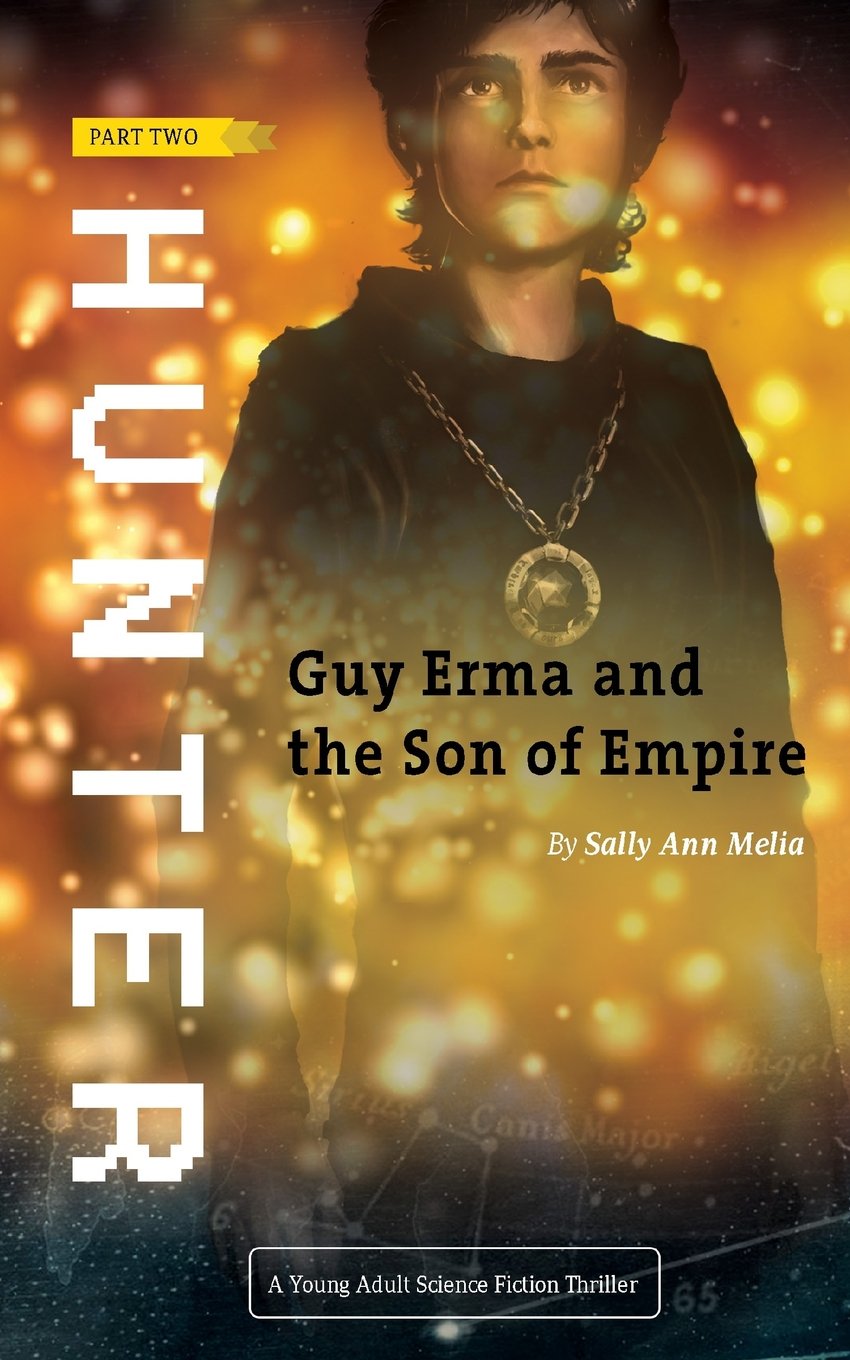 Spoiler Alert:  Even though Hunter is Part Two of the Guy Erma and the Son of Empire series, I have tried to keep my comments general to keep from giving away any of the goodies contained between the pages.

Hunter is Part Two of the Guy Erma and the Son of Empire series. If you are a fan of action and adventure with some science fiction thrown in, this is a series for you. Each book picks up where the other left off. I loved Kidnap, Part One, so much, that I grabbed Hunter and started to read as soon as the package arrived.

I have watched movies that enable me to visualize the world Sally Ann Melia has created with her detailed and descriptive writing. Also, the artwork by Sally Dickson will help you see things as they really are, whether it be a character or one of the creatures.

We have a Dome, flying discs, fashion shows and models, cysects, poison pills, borgs and so much more.

There is political intrigue, betrayal, telepathy, thought control, even a telepathic shapeshifter that you better keep your eye on.

Sometimes your enemy will be your friend and ally, so do not be too quick to judge.

Would a romance among an unlikely pair save the Dome?

I love the world of Freyna that Sally Ann Melia has created. The characters, even though they are young, are brave and heroic. Even the bad ones are well developed and end up winning me over, except for the evil….well, I don’t want to spoil anything so I will leave it to you to find out.

Sally Ann Melia’s imaginative and descriptive writing describing the fight is amazing and I couldn’t put the book down until the last word was read. I have the next one, Part Three, Exile, and I want to pick it up right now, but it is late and tomorrow is another day.

My only complaint, Hunter seemed to start out a bit slow, but the ending was fantastic!

I received Hunter by Sally Ann Melia in return for an honest review.

13-year-old Teodor was taken by the vicious Battle Borgs of Dome and now he must fight to survive.

13-year-old Guy Erma has been offered a chance to fight for his place in the Dome Elite. Only who will be his opponent? Will he face a Battle Borg of Dome?

Once they were heroes. These men died as heroes in battle. Now they have been reincarnated as the fearsome vanguard of the Dome Elite. They are the Battle Borgs of Dome.

Two boys as different as any two boys might be. They face the same enemy, the same danger, the same fear – dare they trust each other? The author was born in Wallasey, England, in 1964, and moved to the South of France when she was eleven. She spent her teenage years living in the cosmopolitan city state of Monaco and became immersed in its many languages and cultures. An English girl in a French school, for three hours each week she would sit at the back of the class as her colleagues learnt English. To pass the time, she wrote stories. This led to a lifetime of writing novels, scripts, stories and articles.

In 2010, Sally joined the Hogs Back Writers, a club located on the outskirts of Guildford, and she set about turning an old manuscript into this novel: Guy Erma and the Son of Empire. Sally currently lives in Farnham, and she is married with two children.