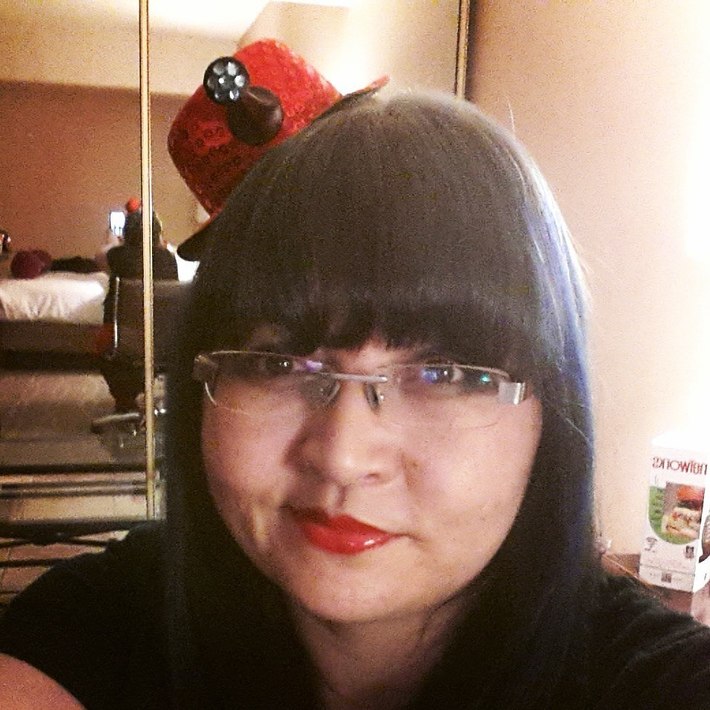 Woot! Look at all these goodies!In an attempt to break the 20 reviews hump, I'm…Continue

CL Roberts-Huth has not received any gifts yet

What is your Favorite Book?
Stephen King's "It" or "The Stand"

Tell us about you
Born in 1975, I’m the product of star-crossed lovers who took separate paths shortly after my arrival. Now a three-time mother, twice married woman, and eclectic person, I reside in the sunny biosphere that is Sierra Vista, Arizona, with my wonderful partner in crime, Peter, and three brilliant geeklings: Michael, Cami and Desmond. Oh, and a mop… er… Shih Tzu named Sir Lancelot the Brave.

Writing came to me naturally, and the dark clouds of childhood and adolescent angst gave birth to a myriad of story threads that reflected my inner struggle to find a place in this world. I haven’t quite discovered it yet, but I’ve fallen in love with the journey and all the stories unfolding in front of me. I’m a lover of many genres and a writer of a small handful, and rather content with that lot.

WHISPERS OF THE DEAD

Evolved Publishing presents a suspenseful, thrilling glance inside one woman's extraordinary connection to the elements around her, in Whispers of the Dead by C.L. Roberts-Huth, the first of the Zoë Delante Thrillers.

Murder was never something Zoe Delante enjoyed, but solving the cases…. She does that rather well, and has the track record to prove it. Yet when she’s called in on a new case with the Baltimore PD as their go-to clairvoyant, she’s unprepared for the heinous nature of the crimes.

The hunt for the murderer unfolds, dropping Zoe right in the middle of a power struggle between a nightmare of a coven, and a serial killer leaving bodies in ceremonial circles in the rural parts of Baltimore’s city limits.

Will she discover the identity of the maniac behind the gruesome beheadings, or will she lose someone close to her first? A race against celestial bodies and the trail of earthbound body parts keeps our intrepid clairvoyant running right until the very end.

And written under my alter ego...