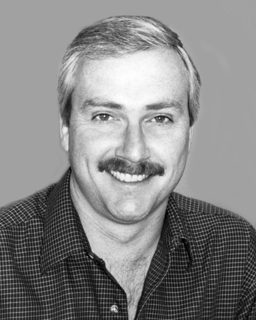 Tell us about your book(s) Set at the beginning of World War II, Defiant Heart is at once an historical drama, a coming-of-age tale and an adventure. At its core, though, it’s a love story about a young couple in a small Midwestern town who struggle through prejudice and misunderstanding to find one another only to be torn apart by tragedy. If they’re to survive and be reunited, they’ll have to dig deep and find that special courage that beats only in a defiant heart.

Where did the idea of your (latest) book come from? That’s a hard thing to pin down. To be honest, when I started writing, I had only the roughest of outlines. The only certainty was Jon and Mary. It was going to be their story, about how they would rise above adversity to be together. I selected a time and a venue that I found interesting, and the details came to me as I wrote.

Who and what inspires you to write your books? When I started, it’s was only to prove I could do it. And I told myself I was really only doing it for me. But I wasn’t. I wanted to impress my wife. She inspires me

Each author has their own fascinating journey. How did you 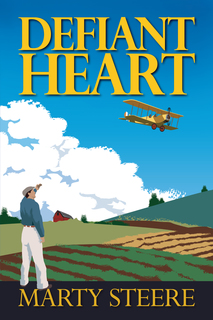 begin writing? I like to tell people that I’ve been honing my “craft” for years, but not in what you’d consider the traditional field of “writing.” Though I’d always wanted to be an author (I was a book junkie from a very early age), I didn’t allow myself to set out down that path. Maybe it’s because I grew up in a military household, and I attended military school (by my own choice!), but I’ve always liked things organized and orderly, with clear definable goals. In high school, setting those goals was easy. I had to get into a good college. In college, I was initially adrift until I figured it out. I needed to get into a good law school. In law school, I followed the herd, which meant landing a good job. And, suddenly, there I was, with a fine position at a nice law firm in a city where I’d always wanted to live, having really given no decent thought to what it would mean to be a lawyer.

Fortunately, I’d stumbled into a profession where writing is critical. Though we’re not penning fiction – insert lawyer joke here – attorneys must be precise in the way they communicate and, if they want to be successful, must convey what they’re trying to communicate in a compelling way. It took me a while to finally re-focus on the idea of being an author, but when I did, it was with some terrific experience under my belt.

What has been the most pleasant surprise about being a writer? How about the most unexpected downside? What I didn’t expect, and was delighted to discover, is how much fun it is to watch the story unfold on the computer screen as I write it. I approach each scene with a goal and perhaps a few snippets of dialogue or action in mind, but, otherwise, I don’t know what’s going to happen. I just let the muse take me, and when I have those moments where I say to myself, yes, that’s what she would say, or, of course, that’s exactly what he would do, I’m completely entertained. The downside is just about everything else associated with getting published and selling books. I’d rather just write, but I think there are few authors out there these days who can get away with that

Do you have any particular writing routines or rituals? Would standing on my head to break writer’s block count? I don’t do that, mind you. I’m just curious. Seriously, no. I don’t really have any routines or rituals. I write when I have time. If I’m stuck and don’t know where to take the story next, I fill the time re-reading and editing.

Do you write in order. Yes. I’ve never written a scene intentionally out of order. I have, in the course of editing, moved things around, but that’s different.

What is on your playlist when you write? Nothing. I don’t listen to music when I’m writing. I will sometimes when I’m editing. But my playlists are incredibly diverse and eclectic, and there’s no one style or genre to which I limit myself.

Favorite writing snack? I don’t do that either. Don’t want crumbs in the keyboard!

Where do you like to write? I park myself in front of the computer at home. The only exception to that is when, on occasion, I have these flashes of inspiration and I jot down little notes – usually snippets of dialogue – and I shove them into my pocket for later. Sometimes I have no idea what I was thinking when I pull them out. It can be funny trying to recreate the thought process that caused me to write them down. But they have come in handy in the past.

Do you have any advice for authors wanting to publish? I guess my best advice is write first. Don’t worry about the publishing process. You’re not even “in the game” if you don’t have a completed and polished manuscript, and there’s no point in getting distracted about the rest of it until then. The one exception to that (and the one I failed to realize when I started out) is knowing proper word count limits. If one is previously unpublished and wants to get representation and have any shot at a publishing contract, the book has to fit within the appropriate parameters. For most genres, that’s between 80,000 and 100,000 words. I wish I’d known that before I wrote my first 175,000 word draft. Editing that thing down was painful!

Are you currently working on anything else? At the moment, I’m concentrating on launching Defiant Heart. I have some rough outlines, though, and, when I’m ready, I’ll sit down and start writing.

Who is your favorite character and why? Of the characters I’ve created, my favorite is Jon Myer from Defiant Heart. I have others that I love, but he’s the one that stands out. He’s smart, resourceful, earnest – hell, he’s everything I would be if I had my way. (I don’t; I’m not.) But that’s the beauty of writing. I can create the character that I want and live vicariously through him

Favorite book of all time? Tough question. How do you possibly narrow down so many great books to one? Ok, I’ll do this. It’s a three-way tie: Anton Myrer’s Once an Eagle, James Clavell’s Shōgun and Alistair MacLean’s Where Eagles Dare. Nipping at their heels in second place are a few hundred in a dead-heat tie.

I think breakfast says a lot about a person, what is your perfect breakfast? I usually skip breakfast. Don’t tell my mother. (And don’t follow my lead.)

Please tell us in one sentence why we should read your book.

Because, I promise, you will enjoy the ride, and I’ll have enjoyed taking you on it.

Thanks so much for taking part in the tour and hosting Marty!