TIME FOR TANECHKA - A Review

* I received this as a free eBook from Netgalley in exchange for an honest review. * 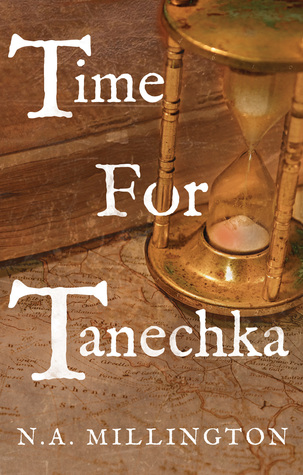 Arthur Benjamin lives on the coast of South Africa in a house he paid too much money for, but it was worth it, because Arthur is a self professed loner and his little corner of the world gives him solitude.  Arthur is also trying to write a book about History … not History as we all know it, but history as it really was.  He believes so many of the facts have been watered down, twisted and just outright edited that no one really knows what actually happened anymore.  Arthur is also suicidal.

One morning, having decided the previous night that it was not yet time to “eat a bullet”,  Arthur, hoping to cheer himself up, drops in at one his favorite shops … a Shipping Market dealing in antiquities and oddities (one of the oddities being Harry, Arthur’s friend and the shop’s owner).  A little chachka on a high shelf behind the counter catches his eye.  Despite the fact that Harry says he knows very little about the object Arthur makes his purchase.  It looks like a little brass egg timer – but the only “time” this item keeps has nothing whatsoever to do with eggs.

Arthur quickly learns just what this little item can do when it begins to shimmer and glow, and before he knows what happened finds himself in Siberia at the famous Ipatiev House shortly before the execution of the Romanov’s.  In what seems like a blink of an eye later Arthur finds himself back in his own living room with Tatiana Nikolaevna standing next to him, looking bewildered and staring daggers at him.

Receiving a little input from Harry, who knows more about the “egg timer” than he admitted, Arthur and Tatiana quickly figure out how (and why) the little timer works and (sometimes) what it wants them to do.  A romp through history provides much fodder for Arthur’s future book and enough time for Tatiana and Arthur to get to know each other.  Enough time for Arthur to realize he cannot take her back to face the fate awaiting her in the basement of the Ipatiev House.

About 10 pages into this book I thought to myself “great, this is going to be a redo of Bill and Ted’s Excellent Adventure” but instead of bringing back historical figures to help them write a term paper for school Arthur was going to go traipsing through time for first hand knowledge in order to write his book.

I could not have been more mistaken.

It is indeed a romp through time with many adventures and chuckle-worthy misadventures along the way.  The story is populated with a smattering of historical figures and Arthur does find inspiration for his book, but it all happens for a specific purpose … the purpose it what kept me reading.

This book was interesting reading and I especially enjoyed Tatiana being transplanted from 1918 Imperial Russia to 2014 South Africa.  I could even buy into the little egg timer as an instrument of time travel.  Those things were all very well done.  Where it fell a little short of 5 stars for me was in the last third of the book.  It was too long and convoluted to be enjoyable.  Just as I thought the end was in sight something else happened to prolong the story.  Sometimes that is effective but in this book it just seemed to drag.

All in all it was a good read and it was worth wading through the last part to get to the final page.  I was pleased with the outcome. 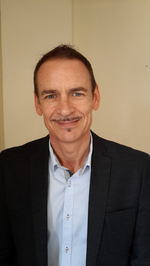 (From his Goodreads author profile)  Born in England at the tender age of zero, N.A. Millington found himself reborn in South Africa at the slightly more mature age of thirty three. During those thirty years in Africa he developed a keen interest in European history, from Stonehenge to the Great War. He is due to return to England with his family to settle in Dorset.