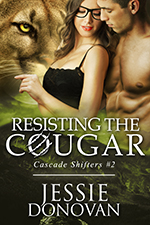 President of an organization fighting for the right of shifters and humans to marry each other, Claire Davis needs the support of a local shifter clan or her cause is doomed. Even though she's human, she finds a way to reach out to the Clan DarkStalker cougar-shifters. Once she arrives on their land, she learns what it will take to garner their support and her life will never be the same.

As head sentry of Clan DarkStalker, Aidan Scott has more important things to do than fetch a human from a secret location. Only because he's loyal to his clan leader does he agree. Yet before long, the human female tempts him in a way he hasn't felt since his mate died five years ago.

In order to make the world a better place for humans and shifters, the pair must work together and avoid capture by the authorities. What neither expected was to find their own happily ever after in each other.

In order to fight for the right of shifters and humans to marry each other, Clarie Davis needs the support of Clan DarkStalker but she didn’t count on her attraction to head sentry Aidan Scott in this riveting paranormal romance.

Aidan thought he had more important things to do than to babysit a human but his cougar likes the job just fine and the reader can’t help but get drawn into the story as sparks fly between Aidan and Clarie not only due to their sizzling attraction to each other but also because Claire won’t let Aidan walk all over her which causes some heated encounters and the sex scenes are hot and steamy adding lots of blistering passion. Aidan and Claire are one fiery couple that grabs reader’s attention from the very beginning and the fast paced and smooth flowing plot keeps readers captivated with suspense and romance.

Tension and expectation build throughout the story as human purists groups cause mayhem that jeopardizes everything that Claire is trying to achieve and then quickly escalates to a deadly degree. Vivid imagery captures the imagination and makes it easy for the reader to become part of the story as the suspense draws readers in and refuses to let go while a certain little girl named Chloe charms readers and steals hearts adding her own special touch to the story.

Jessie Donovan’s enthralling shifter world is full of charming and charismatic characters and its own unique elements that I just can’t get enough of and I can’t wait to get to know more of the Cascade Shifters. 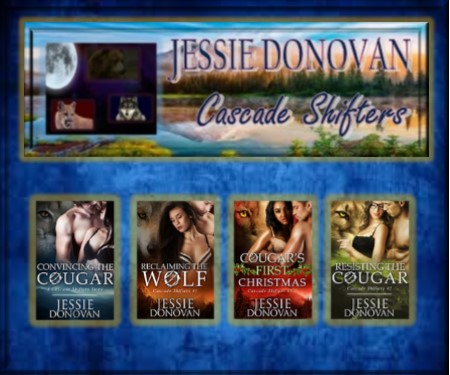 After living abroad for five years and earning degrees in Japanese, Anthropology, and Secondary Education, she buckled down and finally wrote her first full-length book. While that story will never see the light of day, it laid the world-building groundwork of what would become her debut paranormal romance, Blaze of Secrets. In late 2014, she officially became a New York Times and USA Today Bestselling author.

Jessie loves to interact with readers. When not reading or traipsing around some foreign country on a shoestring, she can often be found on Facebook.

Connect with Jessie at: