Mina, a martial arts and yoga instructor, is a creature of habit and has no intention of changing that. Her life is built around the rules she's created to save her from falling prey to the pain that being in love can inflict. When she's pursued by Damon, a Dominant who is hell bent on proving that submission can grant the greatest power, she's forced to choose between the life she's created and the one that she wants.
Damon knows who he wants but it’s how to make her see that a future together could work that leaves him staggered. As they explore their new relationship, they’ll have to not only trust each other, but trust that there might be something more out there for each of them.

This steady to fast paced and smooth flowing plot draws the reader into a troubled young woman’s life and the man who would do anything to protect her.  The author brings the story to life with well written scenes and details that capture the imagination and draws the reader deeper into the story.  The characters are strong, compelling, easily understood and grab the reader’s attention from the very beginning.

The attraction between Mina and Damon radiates from the pages from their very meeting and the sex scenes are hot and steamy, but the romance is shadowed by Mina’s past and her mistrust and misunderstanding of Damon’s lifestyle.  The reader can’t help but get caught up in Mina’s story as she tries to overcome her heartbreaking past and find her happily ever after and the reader can’t help but be drawn to Damon, a dominant who is strong enough to work with Mina and stand by her as she learns her way.

The story is an emotional read that explores the concept that everyone deserves love and deserves to live their life without prejudice as long as it is consensual. I must warn the readers to be sure to have plenty of tissues on hand as you will be moved to tears, some in sadness, some in empathy and some in happiness. 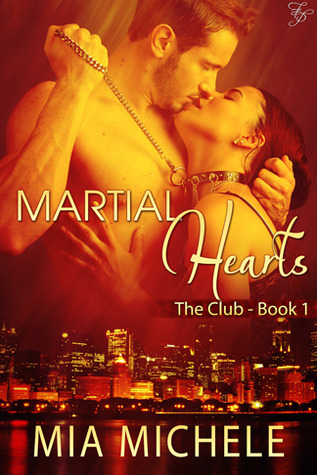 2. Locked Up by Love

Mia Michele is the pen name of a suburban housewife and stay-at-home mother. A Nashville native, her nonfiction work on yoga, religion, and alternative choices has been featured in the U.S. and Europe.  An accomplished runner with several races under her belt including numerous 5Ks, a triathlon, a half-marathon, and two marathons, she trains other runners and coaches youth cross country.

In her spare time, she teaches yoga and enjoys nature walks with her children.  She is a former librarian and lives in Southeastern Pennsylvania with her family.