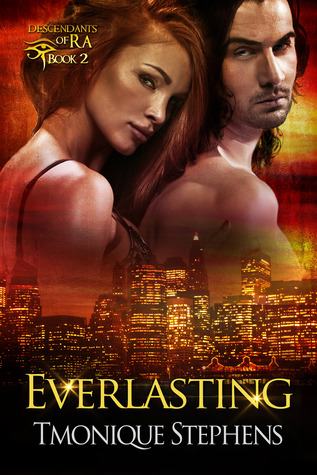 Kill the beast.
Save your brother.
Win your freedom.
No problem.
Falling in love with the cop trying to arrest you?
Problem.

To save his twin from death, Reign Nicolis will have to bargain with Goddess of the Dead, and once more become what he despises, El Mortem, The Scourge, a killer trained to show mercy to none. But he is haunted by those who have fallen beneath his blade. Their ghostly shapes dog his footsteps, relentless in their torture to make him suffer for what he was put on this earth to do two thousand years ago. Saving his twin ensures Reign’s enslavement to the Goddess. She may own his body, but never his heart.

Detective Alexis Lever’s career is in shambles. Her only chance at redemption is to discover what happened to the body of Daniel Nicolis. To do that she’ll have to thwart two men: Reign Nicolis and Roman Nicolis. Both belong in jail. But one has stolen her heart.

To save his twin, he bargains with a goddess but while she may enslave him, she can never own his heart in this fascinating paranormal romance.

There is never a dull moment in this fast paced and smooth flowing story filled with action, suspense and romance. Reign captures the heart from the very beginning (if you read the first book then he probably caught some of it then) and when he meets Alexis, sparks fly in every direction as they fight their attraction and seem to be on opposite sides. The reader can’t help but get caught up in all the passion that vibrates from every page with these two whether it is from anger or desire.

Spine tingling tension builds throughout the story as the well written scenes and details ensure that the reader gets completely ensnared by all the excitement as Reign and Alexis go up against a lot of enemies. The police force –especially the ones that Alexis works for- Roman’s brothers, Daniel and his evil abominations and most importantly the gods themselves. The abundance of strong compelling characters just adds to the enticement of the story and of course many are strong sexy alpha males and the heroines are no slouches either.

The fascinating world continues to stimulate the senses and ensures that the reader keeps coming back for more as the complicated mythological aspects adds lots of spice to the story. The Egyptian pantheon of Gods and Goddesses are a confusing and downright hostile bunch, I must say they act more like spoiled children wanting their way all the time which adds lots of excitement to the story as well. The author adds surprising twists and turns to the story to keep the reader guessing and I for one couldn’t put the story down once I began reading it and I can’t wait to read the next one. 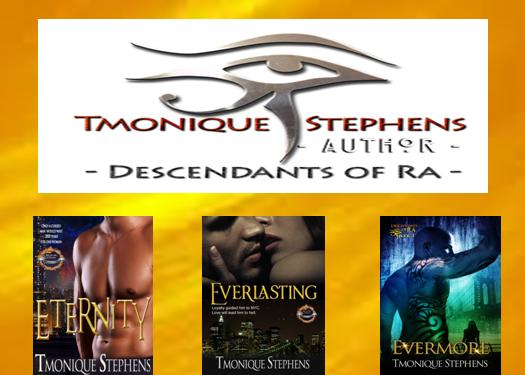 Meet the Descendants of Ra. The men of the Nicolis Family.

Male descendants from Egyptian Gods. Scars and secrets have shaped them into brutal  warriors. Can love turn them into heroic men? 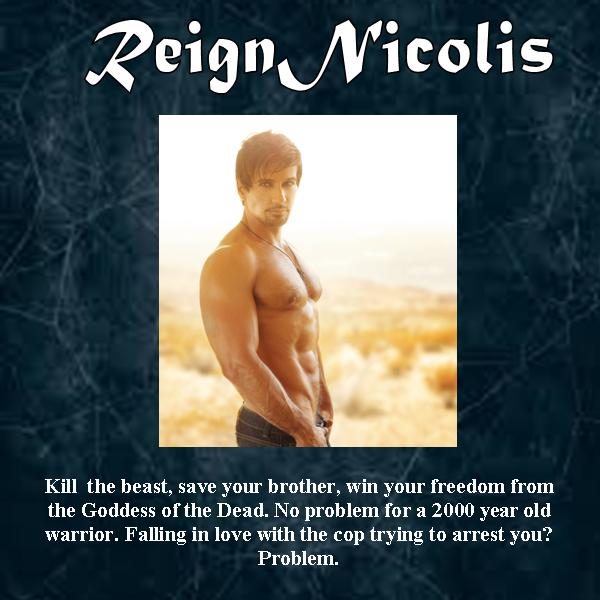 I wrote my first novel about a reporter and a hockey player after the U.S. hockey team won gold in the 1980 Olympics. I love writing flawed characters who reflect the emotional baggage we all carry. I write complicated stories for complicated people. Paranormal romances and fantasy novels are my favorite genre. I’ll read anything about fairies, demons, or angels, but I also enjoy Stephen King and Preston and Childs.

I’m hooked on ‘Yes to the Dress’, Game of Thrones, The Walking Dead, and Arrow. I can’t get enough of these shows!

I was born in St. Thomas USVI, but grew up in The Bronx, New York one mile from Yankee Stadium. I love SyFy, the History channels, and Asian cuisine. But my heart and stomach longs for anything from the Caribbean.