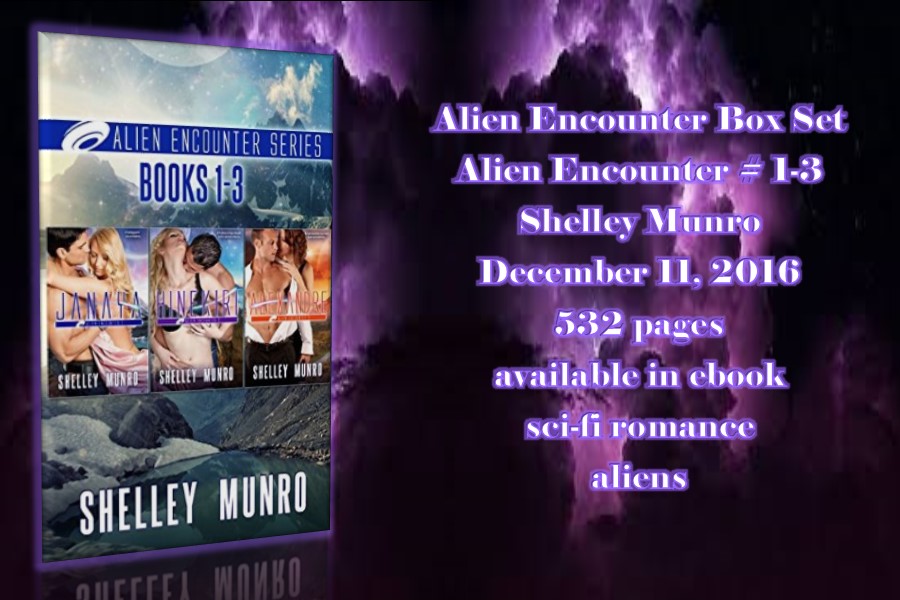 Aliens crash-land on Earth, and the chaos begins…

Hinekiri is an explorer, an adventurer and a successful map-maker from the planet of Dalcon. She travels through space, charting unexplored territories. Hinekiri’s maps are valuable, and she has attracted thieves who covet her charts.

Janaya, Hinekiri’s niece, is an elite bodyguard on Dalcon. She wants to protect her favorite aunt from the lowlifes intent on robbery. The last thing she requires is an unplanned trip to Earth or interaction with the locals.

Prince Alexandre is exhausted with court life and royal obligations. What he craves is a slice of ordinary on another planet and a different path where he is his own boss. He needs a suitable Earthman or woman to aid him in his research on a new career.

Three aliens visit the country town of Sloan - fish-out-of-water - but a new start on Earth brings opportunities, second chances and the possibility of love.

Janaya is a bodyguard on a mission. She must protect her Aunt Hinekiri from mercenaries and return to Dalcon in time to take her captain’s exam. A simple assignment for an officer of her caliber - except nothing goes as planned. Their spaceship crash-lands on Earth. No spare parts available. Big problem!

Janaya is stuck on a tiny outpost called New Zealand. She’s going to bungle her promotion chances. And because she neglected to have her travel inoculations in her urgent hurry to protect her aunt, Janaya has bonded with an Earthman...

Police officer Luke Morgan seeks a quiet life. No press. No nosy reporters. No women. Just lots of fishing and fresh country air. He doesn’t count on meeting a pair of aliens and a talking dog, or participating in a shootout with purple-suited aliens. Nor does he expect the surge of lust he experiences for Janaya. Suddenly a routine callout turns into a huge problem that Luke suspects might only be the tip of the iceberg...

New Zealand cop Richard Morgan is settled and perhaps a tad boring. Maybe he’s a little lonely since his wife died, but there’s no need to change a lifestyle that works for him. Small-town life suits him perfectly.

Intrepid alien explorer Hinekiri walks through life alone, eager to explore uncharted worlds and try new experiences. She’s arrived on Earth to fulfill her ambition to witness the wildebeest migration in Africa. Unfortunately, she has Torgon mercenaries hot on her trail, eager to steal her valuable galaxy charts, and a niece who wants to spoil her fun!

From the minute Richard unwittingly finds himself in bed with the beautiful alien temptress it’s hard to catch his breath. Suddenly he’s lusting after Hinekiri and discovering they’re very compatible indeed! Richard’s flying in spaceships, talking to dogs and fighting Torgon mercenaries in his spare time. Danger and impulsive are his new middle names. He’s having loads of fun, but soon Hinekiri’s departure date arrives. Richard realizes he wants more than a romantic interlude in Africa. Now all he needs to do is persuade the determined Hinekiri to his way of thinking…

Lily Morgan hasn’t had any since her husband ran off with his boyfriend. But, where will she find a man willing to overlook chronic clumsiness, dimpled thighs and cellulite?

Prince Alexandre Bellangere has too much. Sex, that is. Continual treatment as a sex object is becoming a pain in the butt. Heck, he’s more than just a pretty face and muscular body. He possesses brains and ambition, yet Dalcon princes are expected to have sex, mate and breed royal undergrowns. Determined to change his life, he sneaks from the palace and leaves the planet disguised as plain Alex Bell.

Lily Morgan takes one look at the golden stranger and starts thinking “what if?” Alex Bell sees the curvy travel agent and reconsiders his stand on sex - maybe...

Lily’s family is not happy about her spending time with an alien. They decide to leave Killer, the talking dog, to keep an eye on the situation. Aliens have crash-landed on Earth bringing chaos and readers get an otherworldly fun and sizzling romantic reads with three entertaining stories in one box set.

“Janaya” is on a mission to protect her aunt but due to a few mishaps finds herself bonding to an Earthman and upsetting her lifelong plans and readers can’t help but be enamored with her and Luke when during their unorthodox and spirited romance.

“Hinekiri” is an alien explorer who is all for trying new experiences but when that new experience includes an attraction to New Zealand cop, Richard Morgan, she finds herself questioning her past while running from Targon mercenaries. Readers can’t help but be charmed by both Hineriki and Richard as they explore the passion between them, take on poachers and fight the mercenaries.

“Alexandre” possesses brains and ambition but is treated as a sex object so he’s determined to change his life and Lily is not happy that she’s having to spend her time with an alien. Readers find themselves bemused and entertained with Alex and Lily’s as they discover true-blue love.

All three stories share endless possibilities, superior charm, quirky fun sizzling chemistry and a talking dog which keeps readers glued to the pages of each story as they unfold. The characters are strong, easily connected to and readers find their relationships amusing, fulfilling while the fast paced and smooth flowing plot keeps readers on their toes with witty dialogue, quirky charm and exciting adventure.

I was completely enthralled with all three stories and found that each had their own surprising twists and fun elements that made each one unique although I feel that I must warn you, the talking dog will either charm you as well, make you hungry for food or cause spontaneous laughter, well she might even cause all three, so sit back enjoy these “Alien Encounters”.

The Box set is available in ebook at: 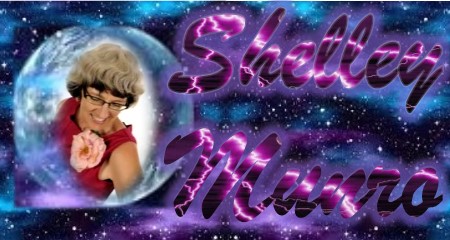 USA Today bestselling author Shelley Munro lives in Auckland, the City of Sails, with her husband and a cheeky Jack Russell/mystery breed puppy.

Typical New Zealanders, Shelley and her husband left home for their big OE soon after they married (translation of New Zealand speak – big overseas experience). A twelve month long adventure lengthened to six years of roaming the world. Enduring memories include being almost sat on by a mountain gorilla in Rwanda, lazing on white sandy beaches in India, whale watching in Alaska, searching for leprechauns in Ireland, and dealing with ghosts in an English pub.

While travel is still a big attraction, these days Shelley is most likely found in front of her computer following another love – that of writing stories of romance and adventure. Other interests include watching rugby and rugby league (strictly for research purposes), and curling up with a good book.