To catch a killer…you have to use the perfect bait.

FBI Agent Bree Harlow is working the biggest case of her career. She’s undercover on the hunt for a killer who has murdered three women—and she isn’t going to stop until she brings down her prey. She’s scored a job at Fantasy, the hottest club in New Orleans, and she’s just caught the attention of the club’s owner, the sexy and dangerous Kace Quick. Everyone knows the guy is shady—and probably linked to every criminal activity in the Big Easy. She shouldn’t find him so attractive. Shouldn’t want to do anything but lock the guy away. After all, he is her chief suspect.

Be careful…sometimes, you can’t see the danger coming.

Kace knows there is far more to Bree than meets the eye. He isn’t a fool, and he can spot a Fed from a mile away, though he does admit that Bree is the sexiest FBI agent he’s ever seen. He lets her play her game, though Kace plans to keep his hands very far off his gorgeous new problem. Then the attacks begin. Attacks all focused on Bree. And suddenly, it’s not a game any longer because Kace isn’t about to let his FBI agent get caught in the crossfire.

To hurt a man, you have to destroy what he wants most.

Kace has a powerful enemy working in the darkness—a man who wants to destroy Kace by making him look guilty as hell. Kace is being set up for murders he didn’t commit. And now, the killer has locked onto his next victim—Bree. Despite Kace’s best efforts, he has let Bree get too close. For the first time in years, Kace cares about someone else—a fatal flaw. And the killer in the dark can’t wait to make Kace pay for past sins…The killer thinks he can hurt Bree, and by hurting her, the mighty Kace Quick will fall.

Things aren’t always as they appear…

Bree won’t be anyone’s victim. She’s not the damsel in distress—she’s the woman ready to take down a murderer. She’ll break every rule in the FBI’s precious handbook in order to protect the lover she knows is innocent. Kace is hers, and Bree won’t let anyone hurt him. She’ll catch the real killer, she’ll prove his guilt, and maybe, just maybe, Bree and Kace can stop their world from going down in flames.

Sex, murder, and lies…just another day in the Big Easy…

It’s just another day in the Big Easy as Bree goes undercover to catch serial killer and catches the attention of the sexy and dangerous Kace who the FBI believes to be the crime lord behind the murders. Kace and Bree are bold, charismatic characters that easily bring readers into their world and hold them captive with their sizzling chemistry and daring and brave romance. Against all odds, the attractions burns hotter the longer they work together and the relationship has several obstacles that will have to be overcome including some past emotional baggage.

Thrills and intrigue keep readers turning the pages of this fast paced and smooth flowing plot that has a dangerously edgy feel as the hero and heroine face some hair raising events and try to determine who the killer is before they become his next victims all while dealing with law enforcement that has decided Kace is guilty and they are determined to bring him down. Surprising twists keep readers guessing which adds to the intense thrill of the story and once again the author has created a well-developed world that she brings to brilliant life, making it easy for the readers to connect to the characters and to become part of the story and being set in New Orleans spices up the story as it helps set up the atmosphere and adds to the dangerous, edgy crime lord persona of Kace and some of his employees. I was completely caught up in this book from the very beginning and I was especially excited by the astonishing conclusion of Bree’s case.

Add Don't Trust a Killer to your shelves at - 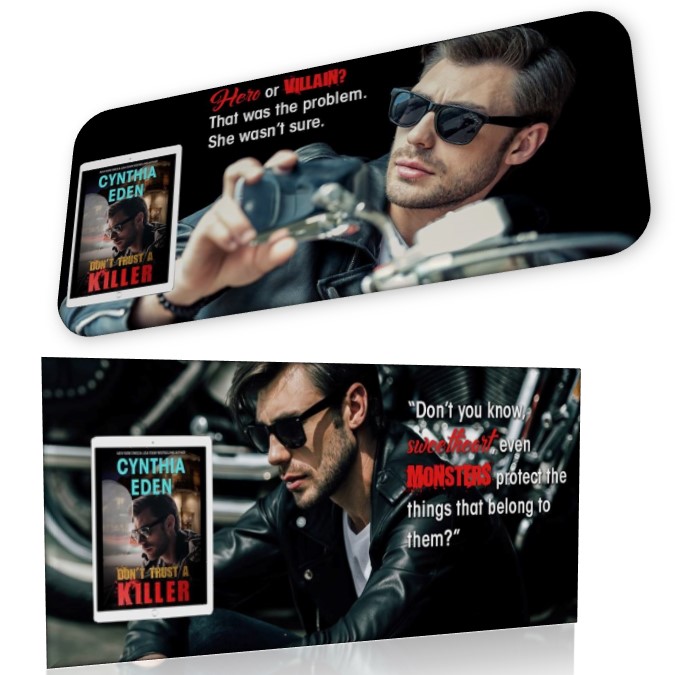 Cynthia Eden's next romantic suspense - Don't Love a Liar will be releasing November 13, 2018) 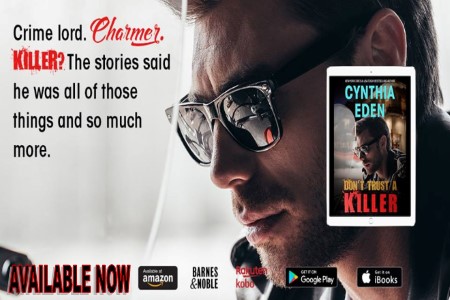 in print or ebook at - 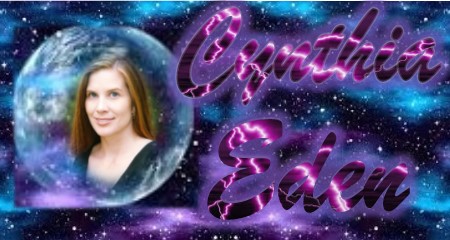 Award-winning author Cynthia Eden writes dark tales of paranormal romance and romantic suspense. She is a New York Times, USA Today, Digital Book World, and IndieReader best-seller. Cynthia is also a three-time finalist for the prestigious RITA® award . Since she began writing full-time in 2005, Cynthia has written over eighty novels and novellas.

Cynthia is a “hybrid” author. She has published extensively with New York (her New York publishers include Avon, Kensington, Grand Central, and Harlequin), and she has also enjoyed success in her indie writing career.

Cynthia lives along the Alabama Gulf Coast. She loves romance novels, horror movies, and chocolate. Her favorite hobbies including hiking in the mountains (searching for waterfalls) and spelunking. 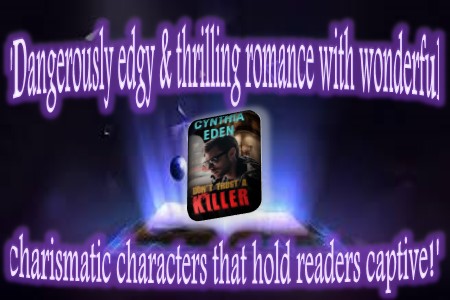