Something evil lurks in the charming town of Jenkins Cove. When Sophie Caldwell devotes a room in her B&B to communicate with spirits, dangerous secrets rise to the surface, and the lives of three couples will never be the same.
Return to Jenkins Cove: Christmas Spirit... Christmas Awakening... Christmas Delivery...
To get the whole story, read all three! 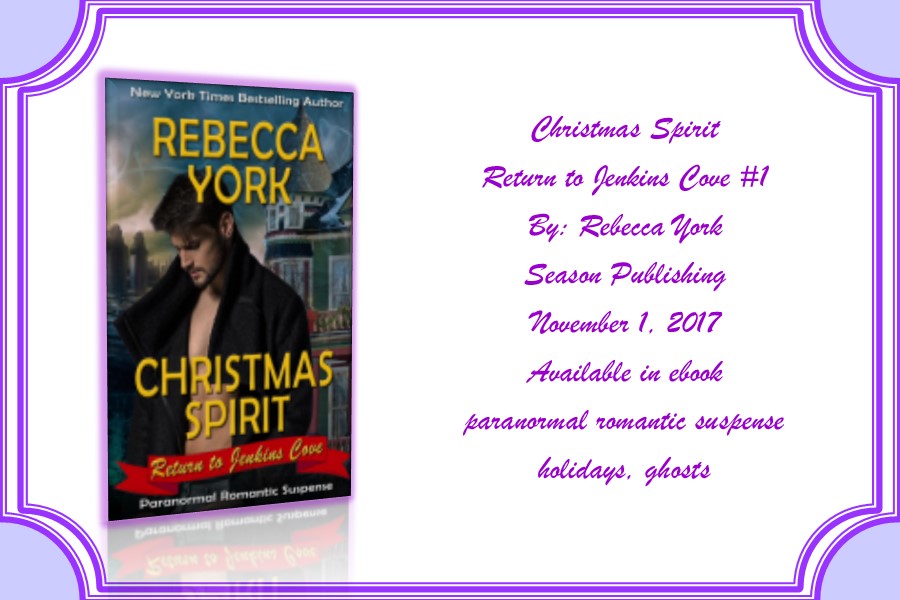 Michael Bryant hates people who claim a fake connection with the supernatural because his mom spent all their money on fake mediums in a vain attempt to contact his dead father. And as far as he’s concerned, that includes 99 percent of psychics. When he reads about Chelsea Caldwell’s supposed ghost sightings in the charming tourist town of Jenkins Cove, he books a room in her aunt’s B&B so he can debunk her fantastic story. But Chelsea’s not telling lies. A ghost really is trying to contact her—to get justice for hundreds of area murder victims. Against his will, Michael is drawn to Chelsea. Soon they are attacked by a mysterious watcher determined to stop their investigations. And because he’s fallen for Chelsea, Michael wrestles with the lies he’s told about his motives for coming to town. Worse, when Chelsea’s life is in danger, Michael discovers the only way to save her is to trust the words of a ghost.

Christmas Spirit is a fantastic story for the holidays, one where you can just curl up with a warm blanket and a cup of hot cocoa and get caught up in story full of romance and suspense.

Michael and Chelsea both are engaging characters that draw readers in with their holiday romance as both have to suspend their disbeliefs in order to push forward with their relationship. This keeps readers engrossed as they empathize with the characters while becoming caught up in the mysterious happenings that tests the couple’s beliefs.

The suspense builds as Chelsea and Michael try to figure out why someone is after them and what the ghosts are trying to tell them. This keeps the anticipation building as the reader tries to determine the outcome as well and I have to tell you that it was I didn’t see coming. The story is well written and the characters are developed which made it easy to feel as if I was part of the town and I shivered with delightful chills with each ghost visitation.

Rebecca York writes some delightful stories and this one is definitely one of them as she brought Jenkins Cove to life during a the holiday season and I can’t wait to visit Jenkins Cove again and see if I can uncover more of the mystery.

Christmas Spirit is the 1st book in the Return to Jenkins Cove series previously known as A Holiday Mystery at Jenkins Cove.

The next two books in the series are:

Christmas Awakening, by Ann Voss Peterson
When Marie Leonard returns to Jenkins Cove for her father’s funeral, she never expects to rekindle her romance with billionaire recluse Brandon Drake…nor to be haunted by the ghost of his dead wife.

Christmas Delivery, by Patricia Rosemoor
Haunted by ghosts, Jenkins Cove will now have to deal with Simon Shea who has “returned from the dead” seeking revenge...only to reconnect with Lexie Thornton, the girl he loved, and the daughter they conceived thirteen years ago.

Christmas Spirit is available in ebook at: