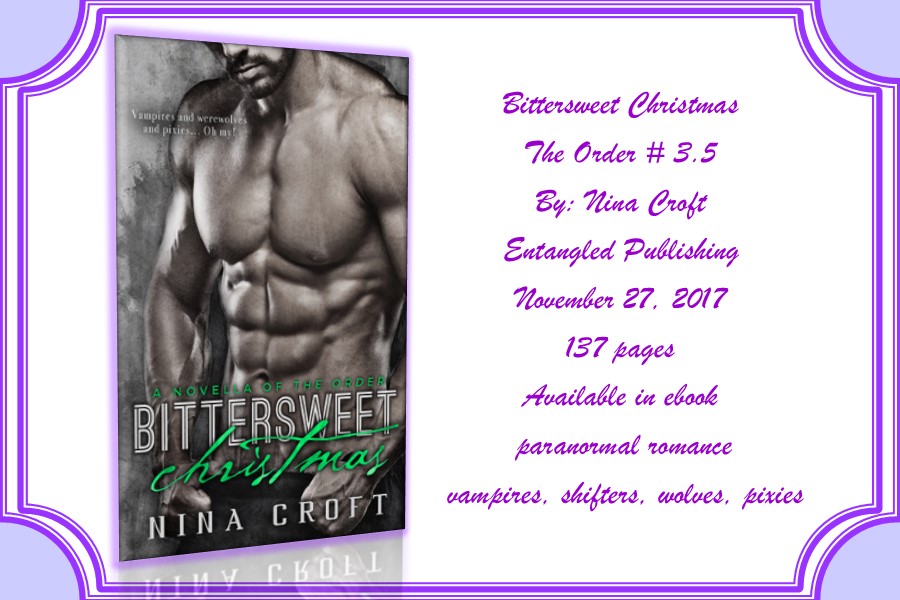 Orphan Liam Ryan isn’t asking for much this Christmas--just his Uncle John. And he’s counting on Father Christmas to find a way to make that happen.

But when Father Christmas tosses Liam’s letter, claiming that the kid is asking the impossible, his daughter, Winter, takes over. Half-pixie, Winter, longs to do something important with her life, starting with getting a job at the Order of the Shadow Accords, the organization that polices the supernatural world. When she discovers Liam’s uncle works for the Order, it seems like fate.

Savaged by werewolves and bitten by a vampire, no one knows what to expect of John Ryan, but it won’t be anything good. So there’s no way he’s getting involved with his nephew...or anyone else. Worse, he’s getting a babysitter over the holidays. But when he meets irrepressible Winter, all that matters is whether she likes her guys to be naughty or nice....

Nina Croft has provided a wonderfully romantic holiday story that warms the heart while providing a thrilling adrenaline rush!

The Order is an exciting series full of brilliant characters that takes place in a vibrant world and Nina Croft brings it to life with well written words that grabs the reader’s attention and refuses to let go and this latest edition to the series is no exception. I fell in love with John Ryan and Winter, whom make a special love connection overcoming all odds and a murderous alpha. Nina has a way with adding special traits or characters to her stories that add a little something extra to her stories and really keep readers wanting more and I have to tell you the suspense in Bittersweet Christmas keeps building throughout the story which kept me on the edge of my seat while the romance sparkled with pixie dust and Father Christmas added his own touch to The Order as well and I really hope that Nina Croft intends to continue expanding the world of The Order.

Bittersweet Christmas is #3.5 in The Order series.

Bittersweet Christmas is available in ebook at:

Nina Croft can be found at: