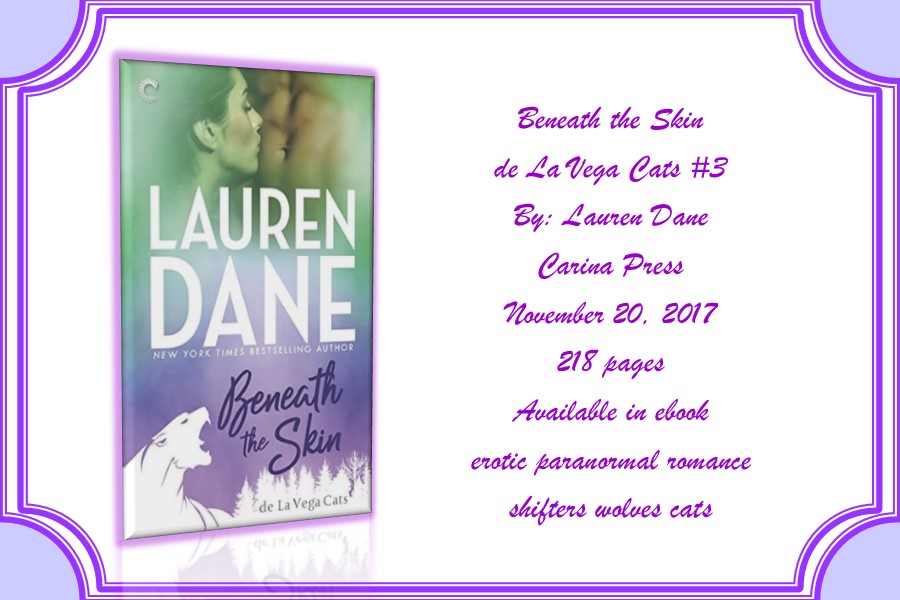 Mia Porter came home to Boston to recover, but her military reflexes kick in when a fellow jaguar is gunned down only inches away. Getting the handsome stranger to safety and removing the bullets is the easy part...discovering she’s saved a member of the very family hers has been at war with for half a century makes things tricky.

Nor is she pleased her cat finds his to be quite an attractive specimen.

Gibson de La Vega, Bringer of Justice, enforces his Alpha’s law and defends de La Vega territory against all. But even he’s not immune to silver bullets. That Gibson feels the same burning desire for Mia only complicates matters.

Negotiating an end to an epic familial feud is nothing compared to the violence sparked by the attack on Gibson. As heat and need build between them, Mia and Gibson will fight together to protect their families from a danger far closer to home than anyone expects.

This book is approximately 55,000 words

One-click with confidence. This title is part of the Carina Press Romance Promise : all the romance you’re looking for with an HEA/HFN. It’s a promise!

Once again the de La Vega Cats give readers some serious red hot romance with action and suspense.

Neither Mia nor Gibson suspected that Mia saving Gibson’s life would lead to something special, so the relationship between begins with a dramatic event and slowly builds into their happily ever after as they get to know each other. But you know romance is one thing and chemistry is something else altogether different and this couple has some sizzling chemistry from the first sight. The characters are well written and the readers just fall into their story from the get go making this an easy to read but impossible to put down book.

The de La Vegas once again find themselves facing hatemongers and an enemy that they didn’t see coming as the suspense and action keeps readers on the edge of their seat. There is also a tense situation that stems from the past which complicates Mia and Gibson’s growing relationship which adds a bit of drama to the story as well as adding depth to the characters as a group.

Again, Lauren Dane has provided a well written story that never has a dull moment and characters that I couldn’t help but fall in love with and I can’t wait to find out what she has in store for us next.

From the author’s website: The de La Vega Cats series is being re-released with new covers, blurbs and light edits. They will remain the same stories as the original versions.

Beneath the Skin is available in ebook at:

Lauren Dane can be found at: