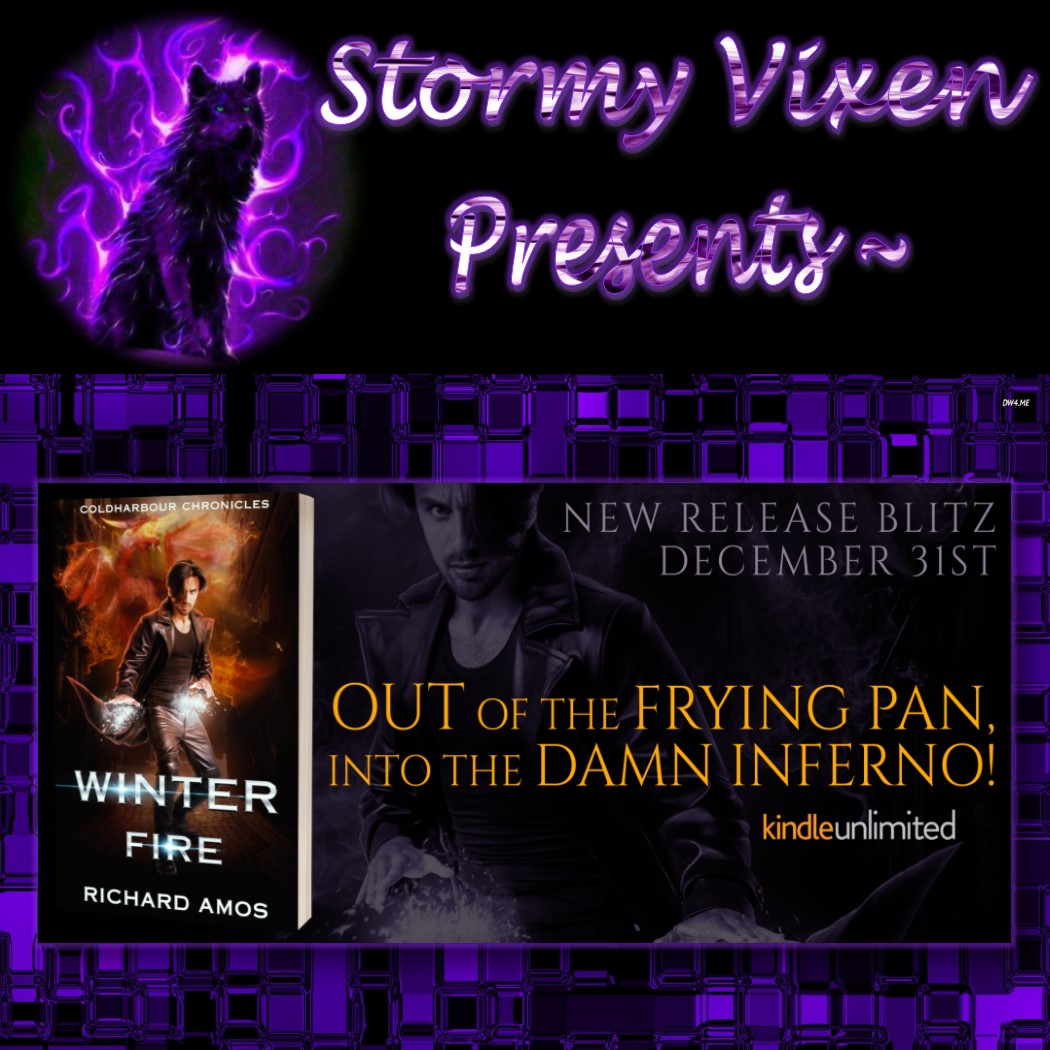 Good Morning, Readers! Thanks for joining us today as we celebrate the release of Winter Fire – the 3rd book in the Coldharbour Chronicles by Richard Amos! Enjoy! 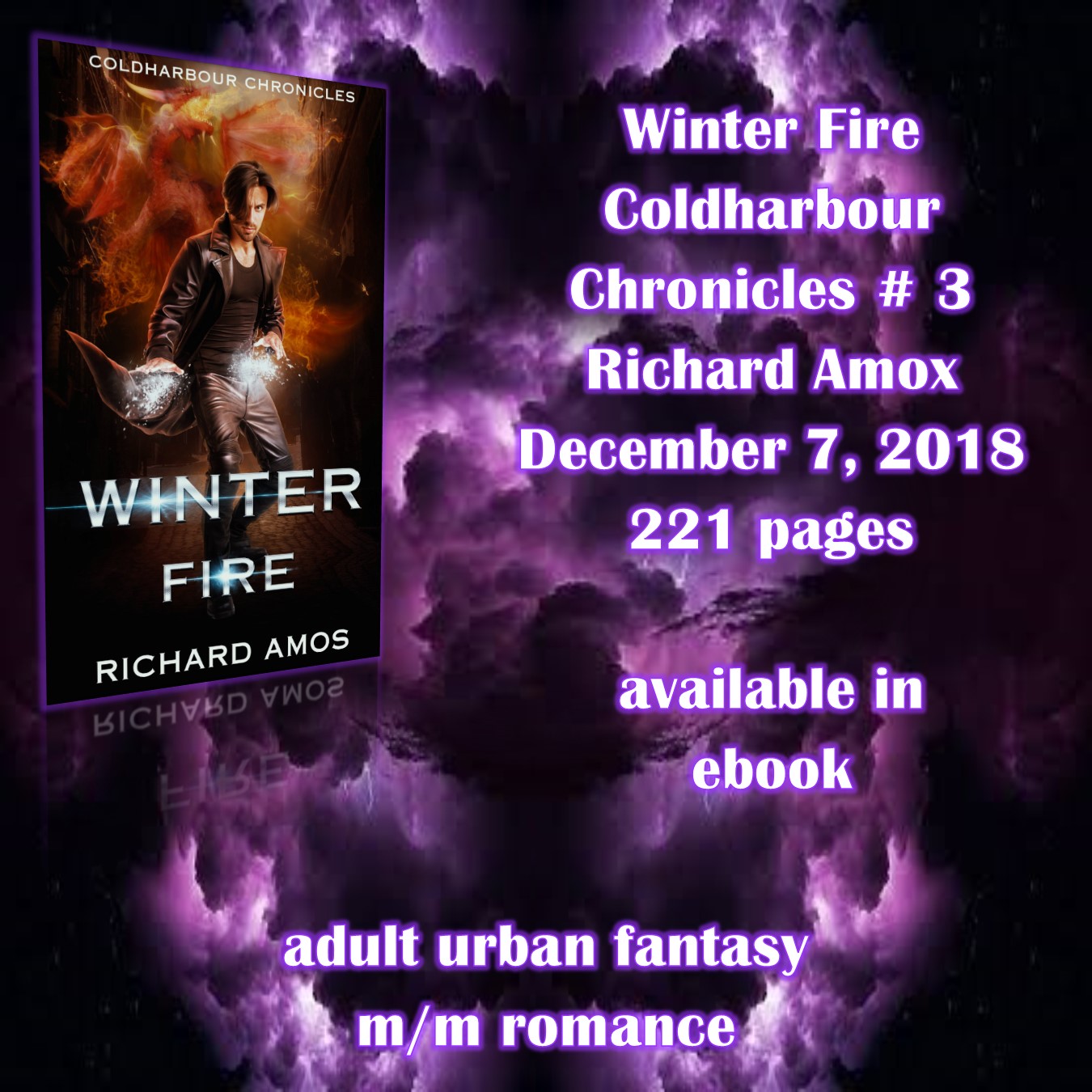 Out of the frying pan, into the damn inferno!

Who is the white eye guy? How can Jake Winter save the city of Coldharbour from its curse? So many questions, yet still no answers. And then there is the whole complication with Dean…

Lilisian, the beast Supreme, is free. Worst luck! Jake Winter and his friends are desperate to stop her, but she hasn’t been seen since her last brief appearance. All over the city ritual sacrifices are taking place, praising her name, her followers waiting for her to fully rise to her true power.

The clock is ticking…

Jake has to kill Lilisian. There’s no two ways about it. If she is restored to her deadly glory, she’ll be a threat like no other beast he has faced yet. But life is always far from easy. Lilisian has a pet that she has just let off the leash…

When a dragon takes to the skies of Coldharbour, Jake will need to summon all his strength before everything he is trying to protect goes down in flames… 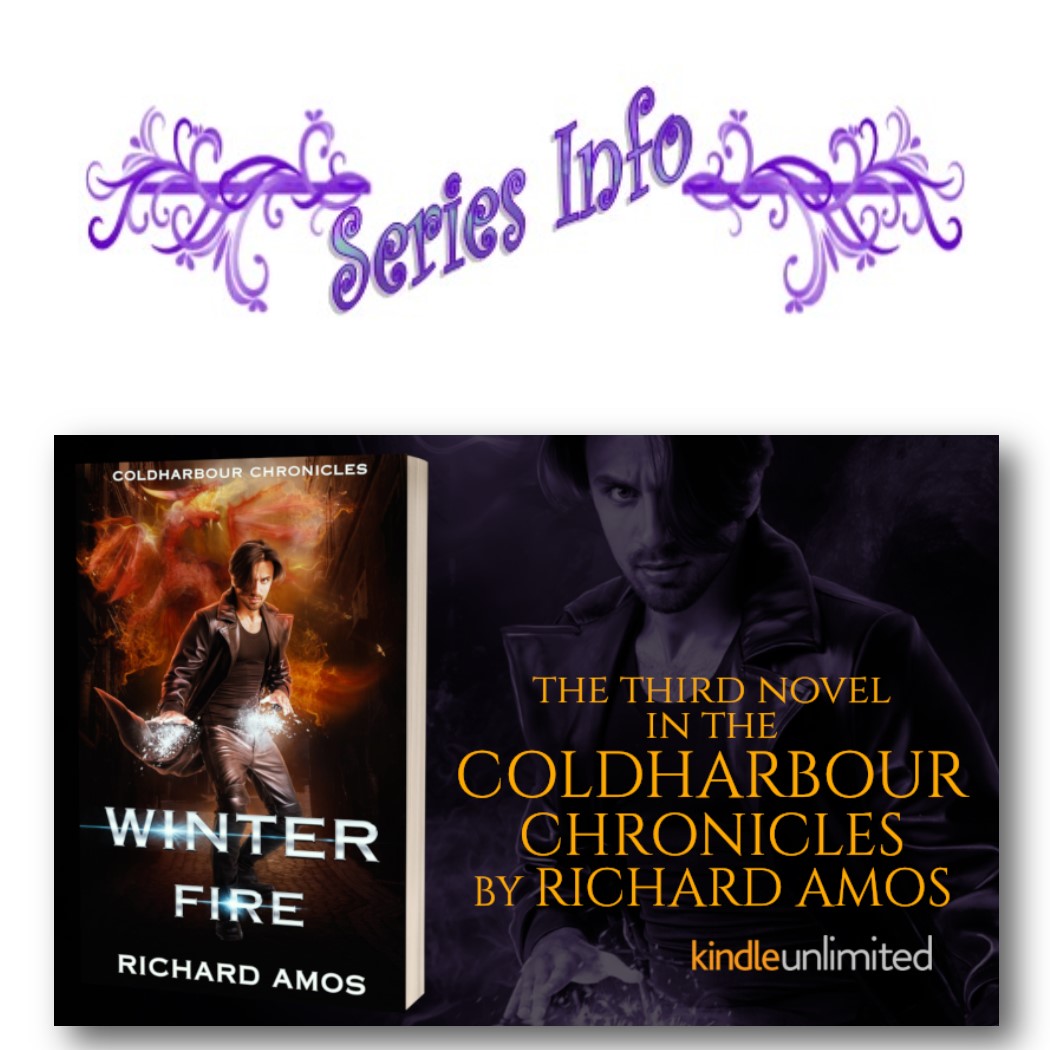 Winter Fire is the 3rd book in the Coldharbour Chronicles. “What the hell was that?” I yelped.

Yeah, maybe he should start using old bangers for patrols.

A deep keening came from the dark road, my sparks spitting in reaction to the horrible, mournful sound. Through the messed-up windscreen, I could see something pale moving in the dark.

I opened my door, my friends doing the same.

The first thing I noticed about the white creature was the pear shape of its body—small head and upper region, a swollen lower region. Its arms were tiny, like a T-Rex, and the paleness of its skin was as white as freshly fallen snow.

The creature howled in despair.

The second thing I noticed, which I couldn’t quite believe, were the coal eyes, the carrot nose, and the black blobs down its front in a straight line that looked like buttons.

“That can’t be a carrot,” Greg added.

What differentiated this beast from being a cute snowman on the front lawn was the wide mouth that almost split its small head in half. There were no lips, just lines of black and rows of black shards ready to rip flesh from bone.

I sighed. “I’m so not in the bloody mood for this.”

Nay had her phone up, quickly scanning the beast into the app she’d created regarding beast knowledge.

The beast whined, taking some steps back.

“Careful,” Greg said, jutting a muscular arm out to halt me. “Don’t ever get sucked into the scaredy-cat crap, mate.”

There were no amber ribbons of light to see around the snowman—an indication of beast fear to my eyes.

Another howl of sorrow.

I sniffed deep. There, on the cold air, I could smell the sweet scent of funeral homes. “I hate lilies.”

The snowman howled once more and pounced. Bloody hell! It went high on those bouncy legs. It came crashing down on the Mercedes, caving in the roof.

Greg roared and threw himself at the snowman. His fist met solidity, the side of the beast cracking ever so slightly under the power of his punch. With swiftness I wasn’t expecting, the beast kicked Greg in the chest and sent him sprawling on the asphalt.

It leapt into the air, aiming its body right for me. Crap. I rolled in time to avoid the crushing of my bones.

Nay threw a potion vial. It exploded into a green fire, spiraling around the freaky creature, but failing to do anything. The snowman jumped into a dropkick. Nay was quick to avoid a hit … just.

Greg was fuming, thankfully unhurt for now. He’d feel it when the rage cooled down.

“Get on Dean’s shoulders!” Nay called.

Dean’s head was between my legs, and I was lifted into the air. He held me by the thighs, and my dick throbbed inappropriately at the firmness of his grip.

The snowman was bouncing after Greg, who was calling it every name under the sun as he swung punches and avoided getting kicked again.

I swallowed. “For what?”

“I thought we were on the same page seeing you’re between his legs.”

God! Could he feel my boner on the back of his head? I wanted to get down.

You mean go down!

Stupid inner voice! This was not the time for this bollocks.

“I’ve got a spell that should work.”

Greg got in a nice smack to the beast’s solid belly, a fracture line appearing across the white. The snowman howled and bounced away some feet, hopping from foot to foot once it was back on the ground.

“We have one shot at this,” Nay answered. “While Greg’s pissing it off.”

“Get those hands ready,” Nay said. “You’re gonna have to work fast.”

Dean straightened and started to walk toward the beast.

Bloody hell! My lips were dry, my stomach doing loops. I could barely hear her counting or feel the speed of Dean’s charge.

Before I could blink, I was flying through the air at the snowman beast made of marble, magic tickling at my belly from Nay’s spell. If I missed, I’d smash my teeth out, break my nose and basically be a mess on the floor and then be kicked away or stomped on, a mushy mess of—

My hands were on the snowman’s head. Another part of me, the non-neurotic quarter—a.k.a. wannabe bad-arse—had taken over.

The terrible keening rang in my ears before the silence engulfed me in the place of beast essence.

You can stay where you bloody well are! I told it.

Once my composure was restored to a degree of normality, I took in the scene. Greg’s car was completely written off. No way were we going home in the comfy, new Mercedes.

Greg was raging. He ripped off a wing mirror and smashed it on the road, proceeding to do the same to the other one.

“Thanks, Karla,” Nay said into her phone and hung up. “Mr. Douglas is coming to pick us up.”

I didn’t realize Dean was standing next to me. I turned to look at him to find he was staring right at me.

I offered him a smile, and he averted his gaze.

My shoulders sagged. A good old curl-up under the duvet, with the world being shut away, was just what I needed.

And a cold shower. 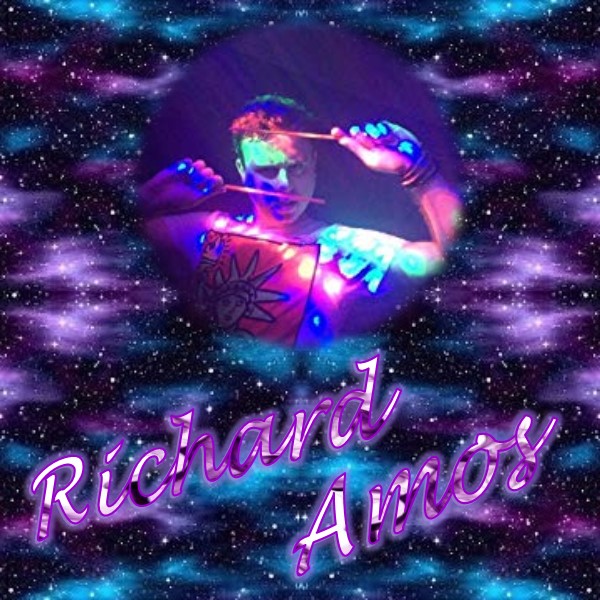 RICHARD AMOS is an author from England who is constantly lost in the worlds he writes about, and the ones in the queue yet to be written. He also has more books in his house than anything else, and is never without a book (and chocolate) in his hands when he's not writing. He's a proud nerd who loves to dance. Hard. Richard writes kick-ass Urban Fantasy with gay male protagonists, all with good doses of action, adventure and m/m romance. He also writes High Fantasy. 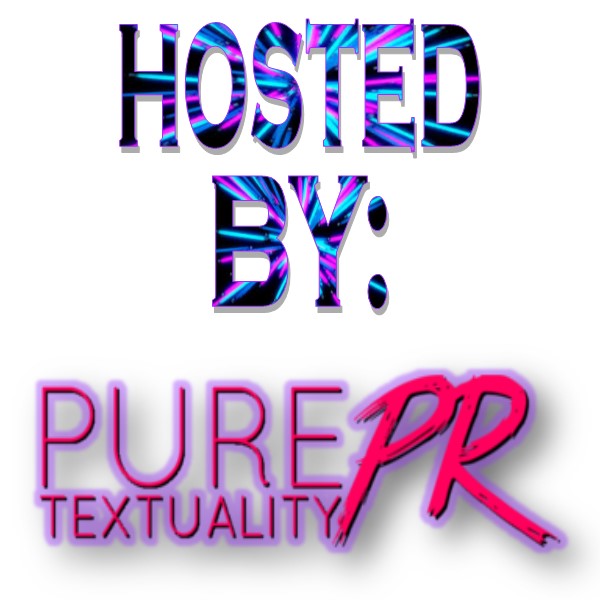 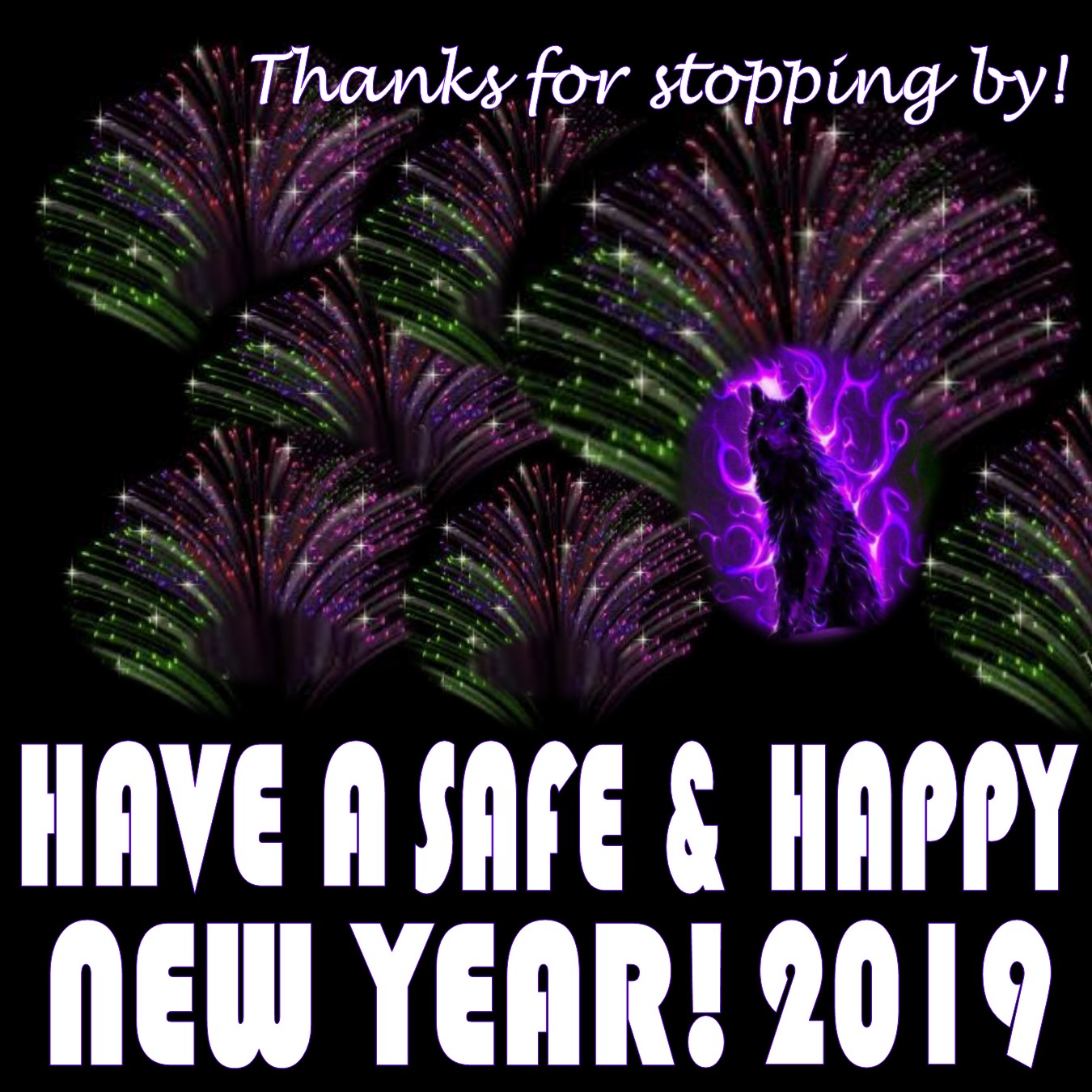