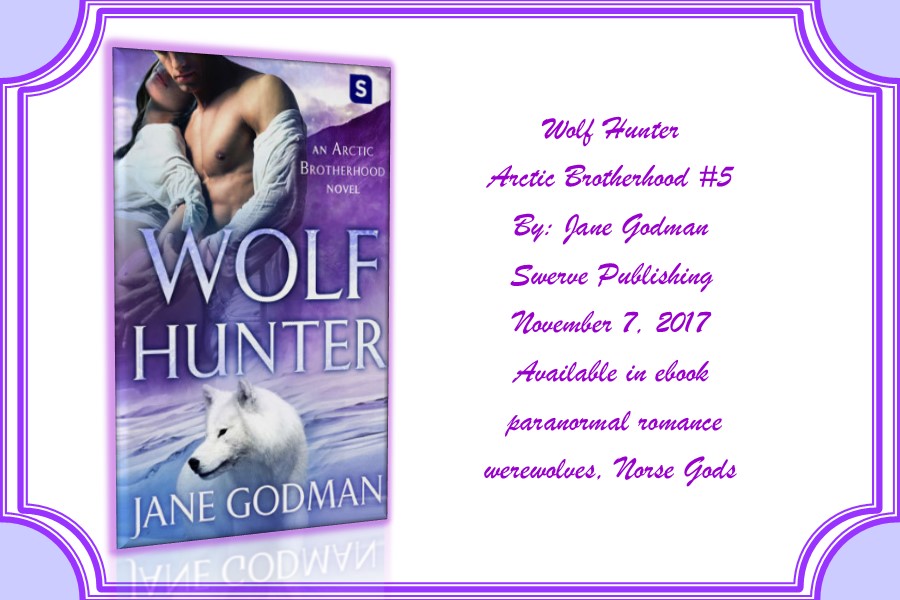 The fifth book in the new Arctic Brotherhood series--heart-pounding werewolf romances by Jane Godman that will keep you on the edge of your seat.

They are the Arctic Brotherhood.

They are deadly fighters, fierce protectors and loyal mates.

Six months ago, the Arctic Brotherhood was torn apart when a respected former member, Hendrik Rickard was murdered. Cindy Harper, Hendrik’s best friend and housekeeper, is still struggling to come to terms with his death when she feels an invisible presence watching her. Alone and frightened, she turns to the only man who can help her.

Sebastian Novak is the maverick of the Arctic Brotherhood. Infuriated at the lack of progress they have made toward defeating their sworn enemy, Chastel, Sebastian wants to go on the attack. The discovery that Cindy is being targeted, increases his fury further. Forced to deny his feelings for Cindy in the past, Sebastian is overwhelmed by the strength of his desire for her as he protects her from this new threat.

Sebastian and Cindy succumb to the intensity of the attraction between them, but their lives are thrown into turmoil by a series of unexpected events. Before they can claim the happiness they have long denied themselves, they must face the evil mastermind determined to destroy the brotherhood.

Let me start off telling you that Wolf Hunter is the first that I have read in the Artic Brotherhood series and I really have to question my lack of judgement in missing out on this thrilling series.

In relation to the above statement, the author let information trickle into the story in just the right way to provide me with enough of the back story to pick up on the major conflict of the series without giving too much away or letting it take up too much of the current story.  So the book can be read without reading the others but I do believe it will be better when I read the other ones and then re-read this one.

Cindy and Sebastian’s chemistry heats up the pages while their romance is being overshadowed by the evil that is stalking Cindy. The main characters are strong and readers can easily get caught up in their story and the supporting characters are just as strong and make up quite a brotherhood to fight Fenrir and the sorcerer Chastel which gives the story a well-rounded and solid group to engage reader’s imagination.

The action, suspense and thrills keep readers on the edge of their seats as the hero and heroine along with the rest of the Brotherhood fight to get ahead of the malevolent plans that Chastel and Fenrir have in store for them and the rest of the world and the twists and turns ensure that readers never stop turning the pages. I also would like to give the author a thumbs up on the climatic ending and the setting up for the final book!

Jane Godman has taken me surprise with her world of Norse mythology and werewolves and I will definitely be on the look-out for more books from her in the future. 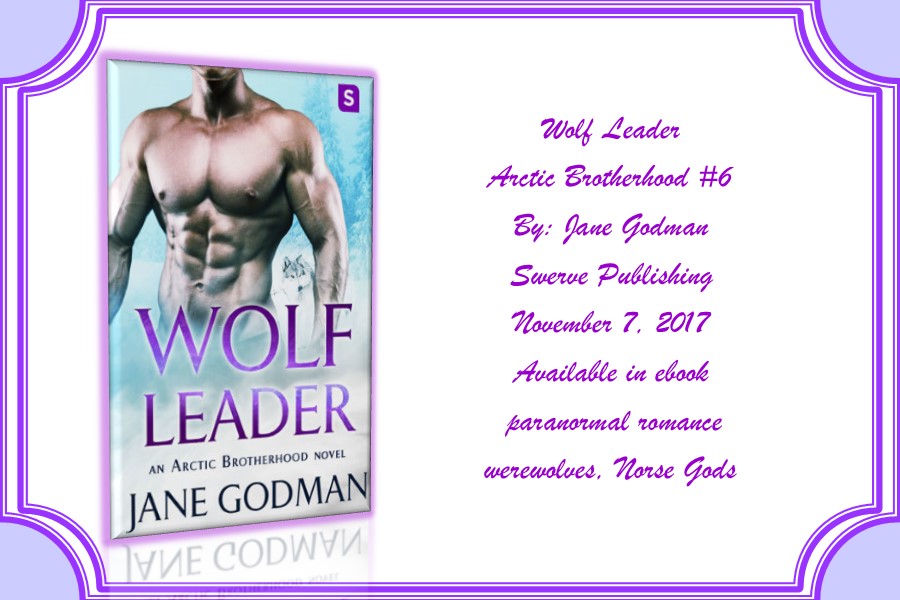 The final book in the new Arctic Brotherhood series--heart-pounding werewolf romances by Jane Godman that will keep you on the edge of your seat.

They are the Arctic Brotherhood.

They are deadly fighters, fierce protectors and loyal mates.

Their sworn enemy is dead, but the Arctic Brotherhood can’t relax. Fenrir, the Norse god of destruction is still determined to destroy the world. Vigo Durand agrees to lead the team against the most feared werewolf the world has ever known, but dark secrets from his past are threatening to catch up with him.

Amber Merova has been on the run for the last five years ago. When she meets Vigo, her werewolf mating impulse almost overwhelms her human instinct for survival. Almost. Feisty, determined, and hostile, Amber initially turns down Vigo’s offer to stay with the Brotherhood. When it looks like the men who murdered her pack have caught up with her, she has no choice but to take his offer of protection.

Both seem damaged beyond repair, but, as they work together to bring down Fenrir, they discover hidden ties that bind them together. Before they can look to the future, they must unravel the mysteries of the past.

Both, Vigo and Amber’s pasts add lots of turbulence to the story in all ways including their romance. The emotional distance between what they want and what they feel tugs at reader’s hearts as they get caught up in their lives and of course their characters are strong and well liked which means the readers want to know everything.

The fifth book ended with such a dramatic and important statement of intent for the Brotherhood, that I wasn’t sure what to expect from this book. In some ways it surpassed my expectations, but in others it was a little anticlimactic. Fenrir is supposed to be the big bad but was the ending all there was, it certainly had lots of twists and turns and misdirection in the story which kept the suspense building and I enjoyed the story, it just left me feeling as if there was something missing when it came to the ending.

The Epilogue was great as it provided a great ending for the characters and answered the few questions left regarding them. But when it comes to gods and goddesses of any flavor whether they be good or evil, I believe my expectations may be a bit more than what we saw here, but that is just me and as I don’t want to give away any spoilers, I won’t go into too much detail.

Let me be clear, just because I was expecting more doesn’t meant that Jane Godman didn’t do a fine job of writing the battle between the Brotherhood and Fenrir, the book was full of suspense and kept me turning the pages until I had read every last word. So I will still be out looking for more books by her as I can’t wait to find out what she has in store for us readers next.

Both books got a 4 STAR rating from me!

Wolf Hunter is the 5th book in the Arctic Brotherhood series.

Wolf Leader is the 6th & Final book in the series.

Wolf Hunter is available in ebook at:

Wolf Leader is available in ebook at:

Jane Godman can be found at: