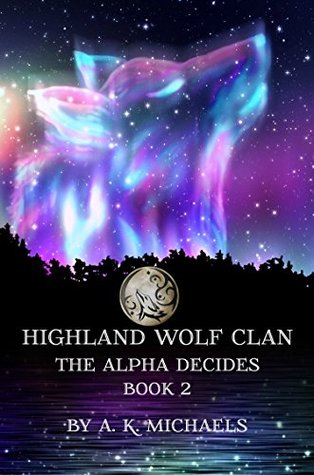 Cameron Sinclair, multi-billionaire businessman, and now he is also the Alpha Wolf, a position he never wanted.
With his instinct to protect the Pack and those he cares for stampeding through his system, he struggles to awaken the white She-Wolf who now lies in a coma. Her fight to return from the darkness is one he watches closely, refusing to leave her side.
Just when he thinks that the Pack is safe, another threat rears its ugly head. A threat far worse than the one he’s dealt with, and one that could destroy not only his Pack, but the white She-Wolf. The emergence of a psychopathic killer is bad enough, but when that killer is an immortal Wolf the danger is tenfold.
Can Cameron do what he’d vowed never to do? Can he take on the role as Alpha and neutralize the threat? Or will he run, as far and as fast as he can?
Book 2 in the Highland Wolf Clan series. Paranormal Romance With A Bite

Cameron has to face the decision to do something he vowed he'd never do... become Alpha in this exciting paranormal romance.

Cameron and his new pack thought they could pick up the pieces after having destroyed the enemy but that's not the case as there is another - one even more evil and the reader can't help but get caught up in all the thrilling on the edge of your seat action and suspense as Cam strives to protect both packs and neutralize the threat. The fast paced and smooth flowing plot captivates readers with never ending excitement and romance as the strong compelling characters insist that you stay throughout their story.

On the sweet side of things, some of those Highland boys are tied up in knots by their newly found mates while Cam is fighting his overwhelming feelings for Chasity tooth and claw. Red hot passion and sparks flying in every direction adds lots of spice to the story while the emotional issues that revolve around each mating tugs at the reader's heart. The well written scenes and details capture the imagination and paints vivid imagery that brings the story to life and the well orchestrated events draw the reader in and ensure that they come back for more.
I was completely ensnared by the exciting story from the very beginning and I can't wait to read the next one when even more sexy Highland wolves arrive. Speaking of sexy Highland wolves, I must warn you that this story may cause serious hot flashes - think hot werewolves in kilts and dancing....hmmm!