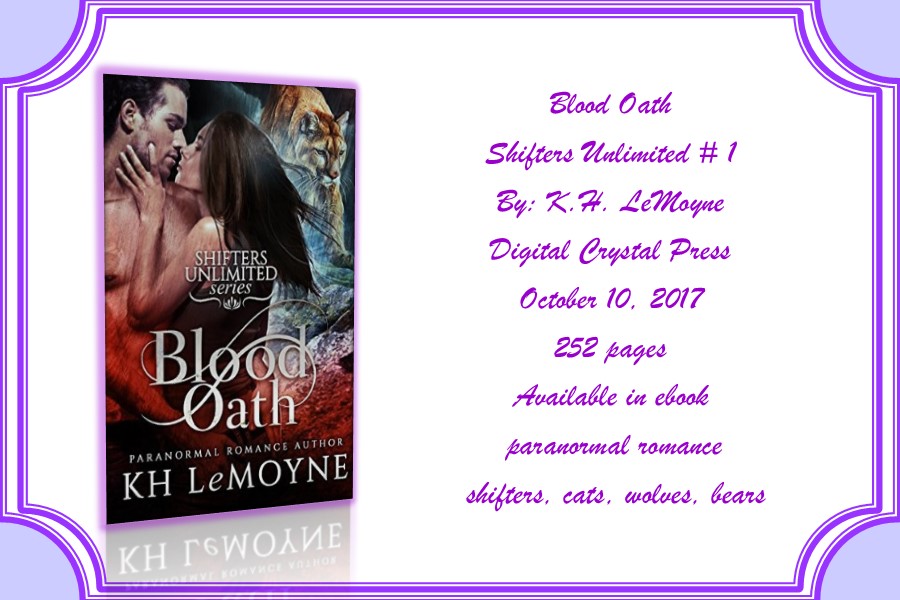 How fast can you outrun death when it has you by the throat?


Callum Mann will do whatever it takes to get his pregnant mate across the territory line to safety and free from his alpha’s grasp. Even if he has to sacrifice himself.


Raised a survivor, Gillian isn’t about to let anything stand between her family’s freedom and happiness. Not a vengeful alpha, a twisted killer, or a rogue enforcer.

Blood Oath adds lots of depth to the Shifters Unlimited books that have already been released, because it goes back to where it all started and gives a few things a different perspective. Can you enjoy reading the books without reading this prequel, of course, but you would be missing out.

It’s almost like reading two stories in one – first you have Callum and Gillian two strong characters who defy the alpha in order to have their happily ever after. Their romance is sweet but their relations is fraught with danger from the very beginning which keeps readers glued to the pages. Second you have an assassin sent out to find another young woman and it seems that their paths are all on a collision course that adds lots of turbulence and emotional turmoil to the story. The suspense builds throughout the book with thrills and surprising twists even as the decisions made by the characters draw the readers further into their story ensuring that the reader wants to know everything.

The author also included Fight Night, a thrilling short story that gives readers a better perspective on Alpha wolf Deacon Black and how he became the Alpha and his motivations behind his “alphaship.” It is full of danger and emotional turmoil as well, so readers really get an exciting read while learning about the beginning of the Shifters Unlimited series.

K.H. LeMoyne has provided another compelling book to the series and I was completely caught up in the characters from the very beginning. I can’t wait to read Traitor which is due to be released in December.

Blood Oath is the 1st Book in the Shifters Unlimited series.

Blood Oath is available in ebook at:

K.H. LeMoyne can be found at: