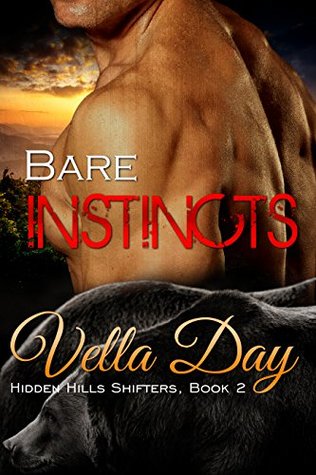 NOTE: Book 1 in the series is in the box set: Spring Fever: Shifters in Love, but this book can be read as a standalone. Book 1 will be released on April 28th.

PUBLISHING WARNING: Contains Hot Sex, and is not intended for those under 18.

Burke Devereaux’s life is turned upside down after receiving news of his brother’s death. After years of being gone from Hidden Hills, NC, the guilt-ridden bear shifter returns home for the funeral.

Tasha Wilder, an overweight, bear shifter librarian, used to lust after the sexy, high school basketball player back in the day. She never acted on those feelings, knowing full well he’d never want someone as plain as her. Burke now is back and she does her best to keep her animalistic urges hidden by keeping her distance—until fate intervenes. Doing her best to offer him only sympathy during an unexpected encounter, her inner beast explodes with unbridled lust and passion.

Burke tackles his inner demons and finally accepts that Tasha is his mate, but he hadn’t expected her to deny their destiny. What can he do to convince Tasha she’s his one and only?

After tackling his inner demons, Burke Devereaux finally accepts that Tasha Wilder is his mate, but she's denying her destiny... that is until fate intervenes in this riveting paranormal romance.
These strong captivating characters are easily related to and demand to tell their story and the reader has no choice but to follow along as their attraction has Burke and Tasha's inner beasts going wild and destiny becomes impossible to deny. The sex scenes are hot and steamy, but the emotional issues and insecurities causes quite a bit of upheaval in the relationship department while the fast paced and smooth flowing plot ensnares readers with suspense, turmoil and romance.

Anticipation builds throughout the story as ex significant others interfere and different lifestyles threaten Burke and Tasha's happiness and the well written scenes and details bring the story to life while the well orchestrated events draw the readers in and refuse to let go.

I was completely ensnared by this fascinating shifter world with its sweet happily ever after that tugs at the heart and I can't wait to visit Hidden Hills again.