Book Tour & Giveaway with Excerpts! The Seidr Cycle series by Angela B. Chrysler! Happy Hump Day, Readers! Today, I am sharing a high epic fantasy series – The Seidr Cycle by Angela B. Chrysler! Enjoy and don’t forget to enter the giveaway! 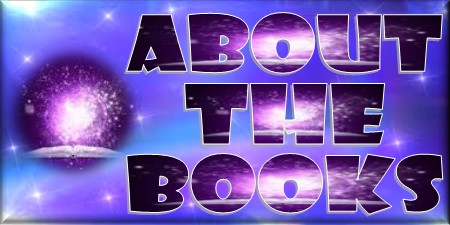 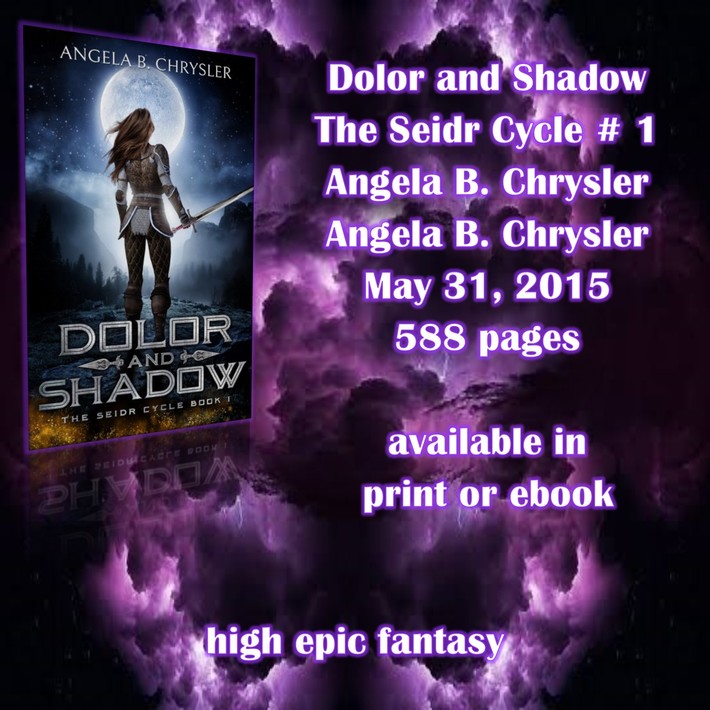 A great power has awakened within Princess Kallan.
To keep the princess hidden, she is taken to Alfheim; her abilities suppressed and her memory erased.

Years later, Kallan inherits her father’s war, and vows revenge on the one man she believes is responsible: Rune, King of Gunir. But soon, a twist of fate puts Kallan in protection of the man she has sworn to kill, and Rune in possession of powers he does not understand.

Lost in the world of Men, the two must form an unlikely alliance to make their way home and solve the mystery of their past - and of the Shadow that hunts them both.

Praise for Dolor and Shadow:
"...a sweeping, epic novel... highly recommend it to all fantasy lovers." - Erin S. Riley, author of Odin's Shadow

"This is book one in a set that has the potential to become timeless" - Timothy Bateson, Amazon Review 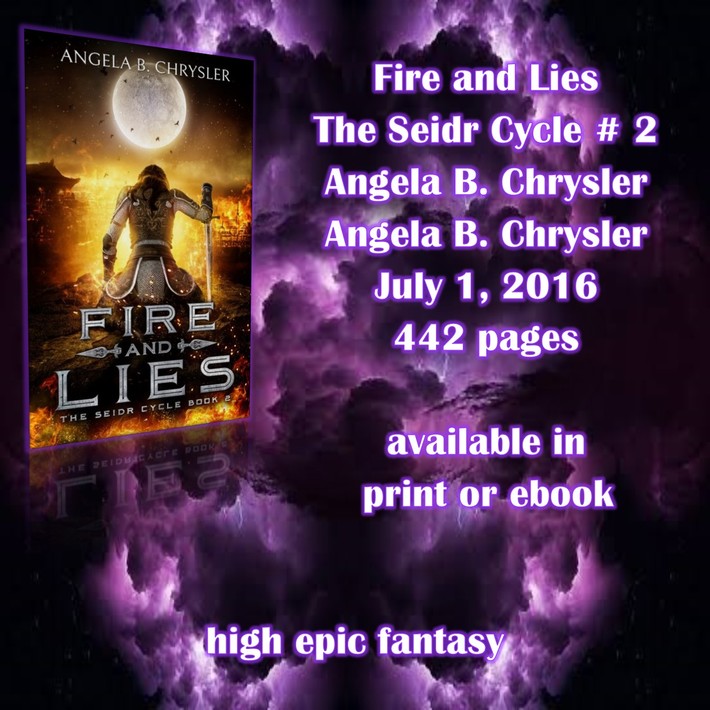 War rips across the land of Alfheim.
As the Fae gods draw near, Queen Kallan’s strength is tested.

She follows King Rune, but the Shadow Beast caged within Rune’s body is writhing in hunger. Kallan’s newest companion, Bergen - the legendary Berserk - is determined to end the conflict in her life.

As the three come together, the truth buried in the past resurfaces. Now, Kallan must master a dormant power... or watch her kingdom fall to the Fae, who will stop at nothing to keep their lies. 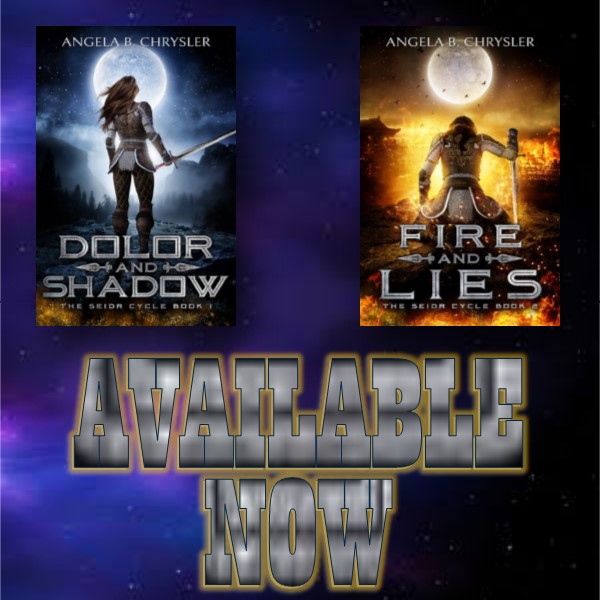 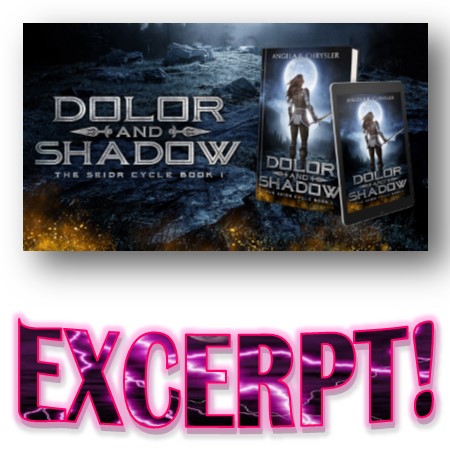 Think back to the oldest era your mind can fathom, back beyond everything we can remember, when gods were still men who had not yet lived the deeds that would deify them.” Gudrun’s aged gold eyes peered from behind her curtain of long, silver hair. “Think back before the time when the Aesir and the Vanir were still men who had settled here on ancient Earth, ages before their war.”

“Back when the Earth was new?” Kallan asked, looking up from the vellum scroll before her on the table. The tips of her tapered ears poked through the brown hair she had tied back to avoid the candle’s flames.

“Was it?” Shadows flickered over Gudrun’s face and shelves full of jarred things. All sorts of unusual jars of powders and exotic roots had been crammed into every available corner. Dried herbs hung from the crossbeams. The light from the candle and small hearth fire mingled and added a heavy thickness to the room that smelled of boiled heather and sage. “The Earth was still very old by the time the gods found it,” Gudrun said. “By then it was already ancient soil, which stirred beneath their feet.

Can you see it, Kallan?”

The girl closed her eyes, an iridescent blue like the lapis stone, and thought back to the earliest memory she could recall, back before the Great Migration, when the gods lived in the Southern Deserts and the Land of Rivers. Back before the Great War between the Aesir and the Vanir.

The old woman kept the dry sternness in her voice. “These are the antiquated stories that predate the empires of men. We have studied the Vanir and their ways, their medicines and herbs. Now think of the gods of our gods, the gods so old that we have forgotten. The gods our gods once taught to their young. And think of their ancient stories and their myths, the legends they once revered before they themselves became myth. And think of everything now lost to time.”

“The Seidr is older still,” Gudrun said. “Like veins, it flowed from the Great Gap, spreading through all elements of the Earth, stretching out, threading itself into the waters, the air, and earth.”

Kallan opened her eyes as she drew the connection to the tri-corner knot enclosed in a circle hanging from the chain on her neck. Gudrun smiled, confirming that Kallan’s conclusion was correct.

“Your mother’s pendant,” she said. “Na Tríonóide: the three united. The Seidr fused itself to the elements, until it lost itself inside the Earth, becoming a part of it, flowing with the waters, churning with the soils, and riding on the wind through the air. The Seidr is still there sleeping, waiting for us to remember.”

Kallan shifted forward in her seat.

“When the Vanir found the Seidr, they recognized it. In secret, they honed it and mastered it. They hoarded it, keeping it concealed from the Aesir.” Sadness hovered in Gudrun’s tone. “Afraid the Aesir would learn of their treasure and exceed them in power, the Vanir refused to divulge their secret.”

“What happened to the Vanir?” Kallan asked.

Gudrun visibly fought back the bitter sting of tears. “They died.” Her voice was low. “Doomed to be forgotten, and living only within the ancient stories now nearly extinct.”

Kallan bit the corner of her lip as if biting back a question.

“Deep within the earth, beyond the sea to the west, they met their end,” the old woman continued. “Some say they perished far beyond the western-most reaches of the world where the beginning formed. There where the Seidr emerged from the life source and fused to the elements and life itself. The Seidr now resides dormant in all of us. However, for most of us, it sleeps, available for the host to use, but never awakened, its keeper unaware of its presence.

“But don’t think its power is lost,” Gudrun said. “Even dormant Seidr, ripped from its host, will destroy the life line that has formed around it. It lies sleeping within every man born to Midgard. Just as the races of Men have it, we elves have it—”

“Alfar,” Gudrun clarified, forgetting the word was foreign beyond the Ocean Isle where she had lived for the past three hundred years. “The Dvergar, the Svartálfar. Even the Ljosalfar—”

“They have it?” Kallan interrupted. “King Tryggve?”

The name of her father sharpened Kallan’s attention. “Father has it?”

Gudrun continued, not daring to encourage the princess’s interruptions.

“As do the reindeer that migrate across the valleys of King Raum in the north and the elk birds that fly across the southern realms of King Gardr Agdi. The sea worms that swim, and the pines that grow tall in these lands. However, among us all, Men and the three races of the Alfar, only a rare handful are still aware of its existence. Of those precious few, only some can waken it. Fewer still can wield it.”

After concluding her lecture, Gudrun spoke faster, more sternly, leaving behind the mysticism of the storyteller.

As if suddenly aware of the stuffy room, Kallan narrowed her eyes to better see the Seidr that was somehow there suspended in the air. This time, Gudrun’s smile stretched across her wrinkled face.

“Start small,” she said. “The Seidr around us has not conformed to the order of a path and goes where the elements take it. Try to find the Seidr within you, at your center. That is where it sleeps. That Seidr will know you and be the first to obey you.”

Slouching, Kallan nodded and closed her eyes, then changed her attention to the center of her body.

“Once you master your own Seidr, you can reach out to the Seidr in others. It won’t be as willing to obey as your own, but it too has adapted to the confines of a living being.”

Kallan opened her eyes, eager to collect the knowledge that always seemed to pour out of Gudrun. “Is it within the fire you summon?”

The old Seidkona shook her head.

“Fire is not an element, but a reaction, like when the cook blends stews or when I mix spells.”

“Exactly,” Gudrun said. “Fire is only present when other actions bring it out, whereas soil, wind, and water are always there, maintaining a permanent state that defines the Seidr.” As she listed each element, Gudrun pointed to each point of the pendant hanging from Kallan’s neck. As she finished, she traced her finger around the circle enveloping the knot. “The elements don’t require fuel. However, Seidr is living. It is a life form made of pure energy. Compress enough Seidr, and it will release heat. Compress it more, and it will become hot enough to produce flame.” 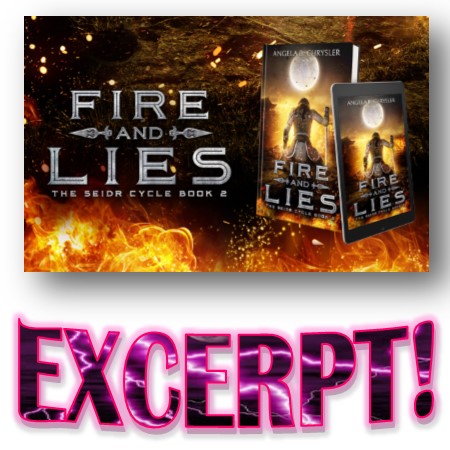 At the farthest ends of Midgard, where Alfheim begins, the Fae goddess Fand gazed upon Kallan’s fair city. Lorlenalin. The White Opal. The Dokkalfar citadel. Humming a ditty, she collected her skirts and idly glided through the wood surrounding the city. Like threads of gold, Seidr flowed from the tips of Fand’s fingers. It flowed down her gown and branched across the first autumn frost glistening in the moonlight as if the Fae gods themselves had emerged from Under Earth and touched down on the lands of Midgard. Like veins, the Seidr webbed a path to the city. The life she found there was strong, but hollow with grief for their missing queen. Fand called the Seidr back, and she smiled. Memories of the dead never survive the ages. It was only a matter of time before the Dokkalfar forgot their precious queen.

Fand took a step and strips of leather wove themselves around her bare foot. By the time she took a second step, she wore a pair of fine leather boots. Her gowns of Under Earth reknitted themselves into something simpler, but just as suggestive. Just as inviting. The gems she wore to ordain her bodice became grains of golden sand that vanished with the wind. Her cheekbones rounded out. Her pearlescent skin darkened to look more like a daughter of Alfheim than the pale, jeweled complexion of a Fae goddess of Eire’s Land.

Fand pushed a hand through her raven black hair, sending strands of Seidr streaking the black and changing it to a pale blond by the time her fingers reached the tips.

By the time Fand stepped into a beam of moonlight where the Dokkalfar guards could see her, all that remained of her original appearance was the stunning rings of gold Seidr that encircled her pupils and the mesmermizing smile that arched her red lips.

By dawn, only two would remember the name of Kallan, Daughter of Eyolf, Queen and Lady of Lorlenalin. 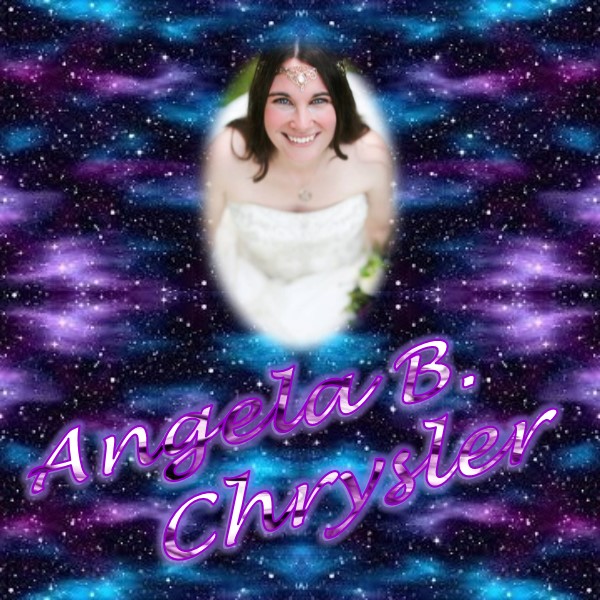 Angela B. Chrysler is a writer, logician, philosopher, and die-hard nerd who studies theology, historical linguistics, music composition, and medieval European history in New York with a dry sense of humor and an unusual sense of sarcasm. She lives in a garden with her family and cats.

In 2014, Ms. Chrysler founded Brain to Books and the virtual trade show, Brain to Books Cyber Convention. A passionate gardener and incurable cat lover, Ms. Chrysler spends her days drinking coffee and writing beside a volume of Edgar Allan Poe who strongly influences her style to this day. When Ms. Chrysler is not writing, she enables her addictions to all things nerdy, and reads everything she can get her hands on no matter the genre. Occasionally, she finds time to mother her three children and debate with her life-long friend who she eventually married. Her writing is often compared to Tad Williams. Her influences are Edgar Allan Poe, The Phantom of the Opera, and Frankenstein.