Weekends are made for fun, Readers! So sit back and explore The Allegiance series by Erin McDermott! Enjoy and don’t forget to enter the giveaway! 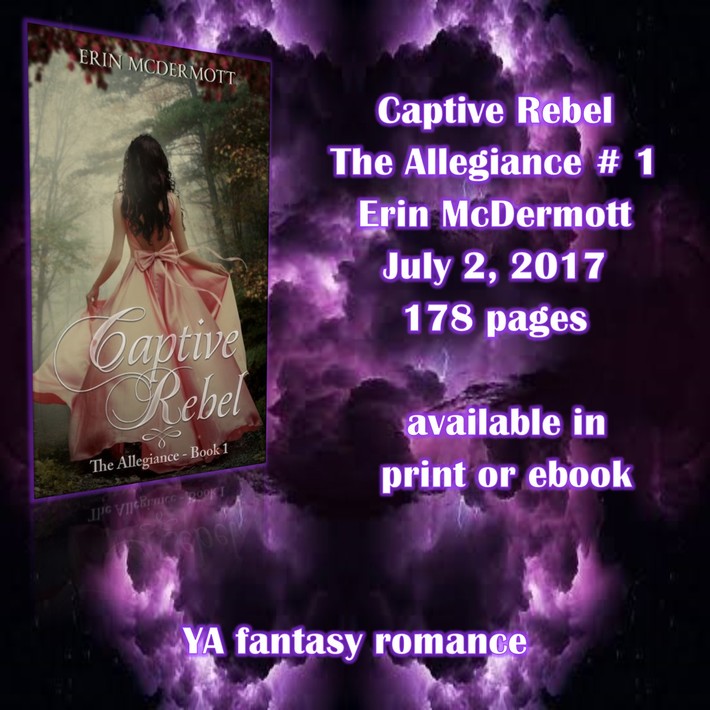 The Allegiance Book 1
by Erin McDermott
Genre: YA Fantasy Romance

In a world where Greek Gods rule over the Allegiance, Marylyn O’Conner struggles to survive.

Marylyn is a rebel, forced to do the rebellion’s bidding until an unforgiving family debt is paid. A pawn in the war against the Allegiance, she is obligated to become a rebel spy, or her family will suffer.

When word spreads that an Allegiant Prince, Ariston, has escaped rebel captivity vowing to hunt down rebel spies, Marylyn realizes her only hope is to escape Allegiant territory.

While on the run, Ariston captures Marylyn, preventing her from any chance of returning home. Desperate, she knows she needs to escape her alluring captor or risk the safety of her family.

But Marylyn can’t keep herself from falling for the mysterious prince as she finds that he can empathize with her troublesome past - a past no ally has understood before. 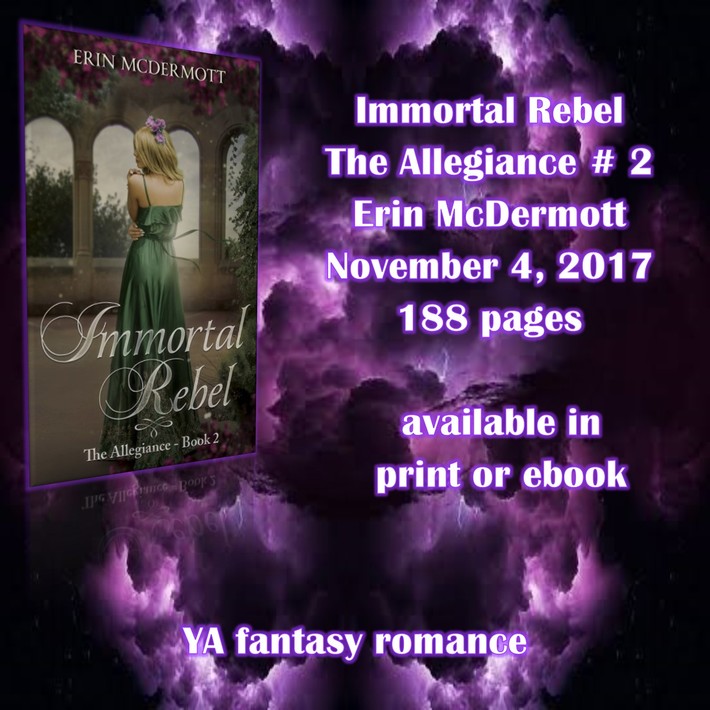 He is scarred by betrayal, she lives by deceiving others...

Betrayed, rebel Michael O’Conner blames himself for the Allegiance laying waste to the rebel town Pyke. After Pyke’s destruction, a curse of immortality was placed on him by the three Furies. Ashamed, he vowed to live a disconnected life, undisturbed by anything occurring outside his seclusion.

Phoibe is an Allegiant bounty hunter, circumstances forcing her to collect bounties or lose her only home. When she is tasked with capturing a girl named Marylyn O’Conner, for a promising reward, Phoibe agrees. To aid in her mission, she creates an alliance with the isolated immortal, Michael O’Conner.

After learning his sister has been taken captive by an Allegiant Prince, Michael O’Conner realizes he can no longer hide from the world. He agrees to join Phoibe and save his sister, completely unaware of her ulterior motives.

Phoibe knows she needs to keep everything a secret from the handsome immortal, or risk losing her only home. Phoibe only hopes she can handle the heartache that will come with betraying a man who has already experienced so much betrayal in his past. 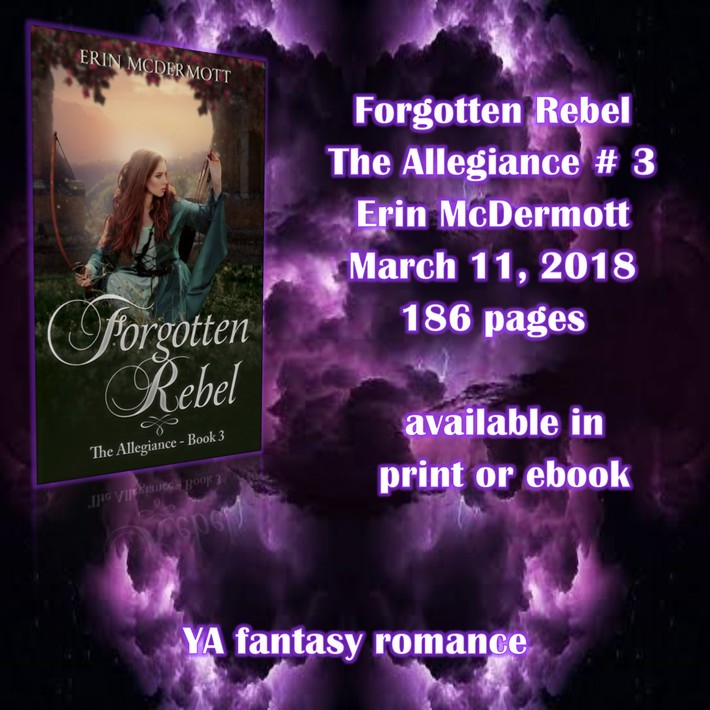 She will do anything to save him, even risk her only chance to return home...

Fanny is an exiled princess of the Allegiance, a faction favored by the Greek Gods. She was exiled for loving a rebel, but now he has gone missing. She will do anything to find him - even place her trust in the mysterious yet enticing stranger, Adonis.

He promises Fanny he knows where the rebel, Charles, has been taken, but refuses to explain how he knows. Seeing that he is her only hope, she follows him on a journey to the Allegiant capital, hoping Charles is still alive.

The only catch? Adonis does not know Fanny is exiled. She needs to feign Allegiant royalty if she wants his help. Desperate, that is exactly what she does. 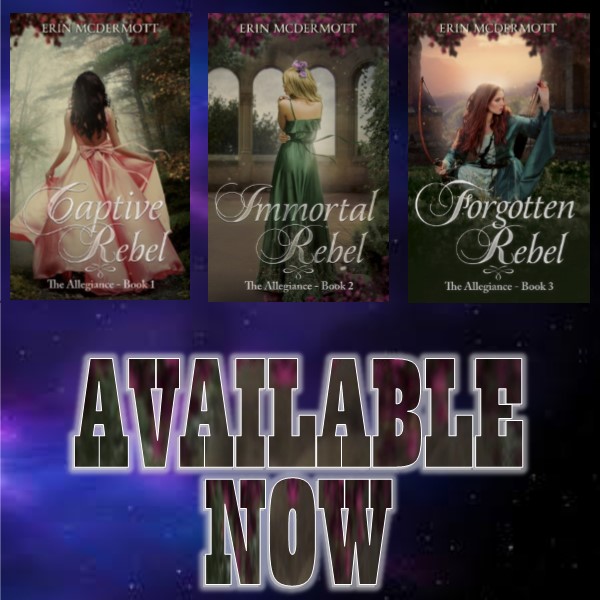 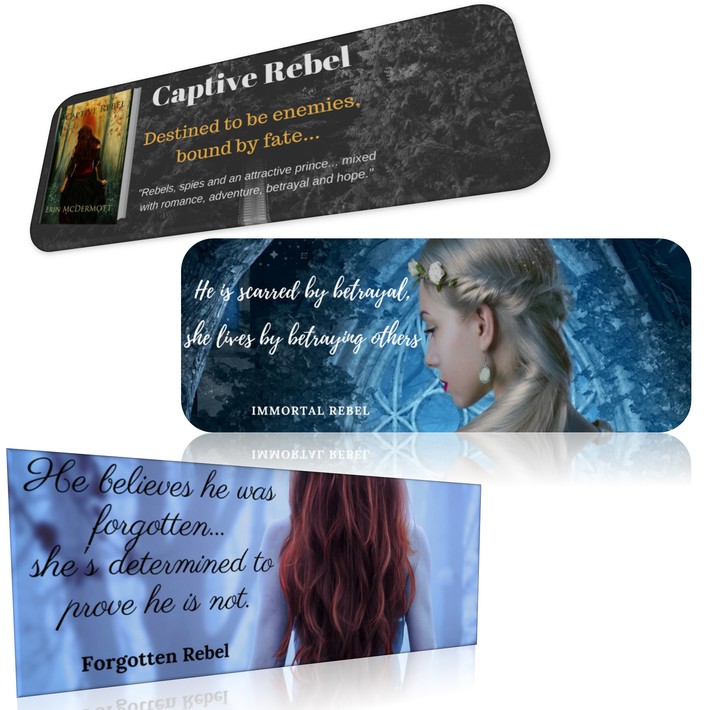 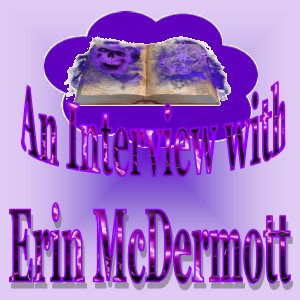 Readers, let’s welcome Erin McDermott, who is here to answer a few questions for us!

"When did you first begin writing?"

I began writing in 3rd grade while watching my brother's Little League games. I would just sit in a corner and write. The books I wrote were inspired by "Little House on the Prairie," by Laura Ingalls Wilder. I would sit and write about my life in the houses I lived in, just as she wrote about her life in her diaries.

"When did you decide to first publish a book?"

I always loved writing, but the idea of publishing a book seemed like an impossible dream. I never thought I'd finish a book, never mind actually publish something. It wasn't until I was working a job that I really didn't enjoy that I decided to set to my dreams and complete a book. Then my first book was born, Captive Rebel.

What advice would you give to those who are trying to write a book?

I once read somewhere that writing is like building a sand castle. The first draft is you filling a sandbox with, well, sand! It's messy, it's unstructured, but it's something to work with. Knowing the first draft is going to be sloppy is the only way to finish the book. Once you finish a book your goal seems more realistic and the edits will come on easy. The edits are you building the sand castle in that scenario, by the way.

What inspired you to write Captive Rebel?

Actually, I had a dream. It was a vivid dream and I needed to get it down on paper. In one night I wrote 10,000 words. Then, I didn't look at that story again. Not until after my job in New York City when I finally decided to begin pursuing my dreams. 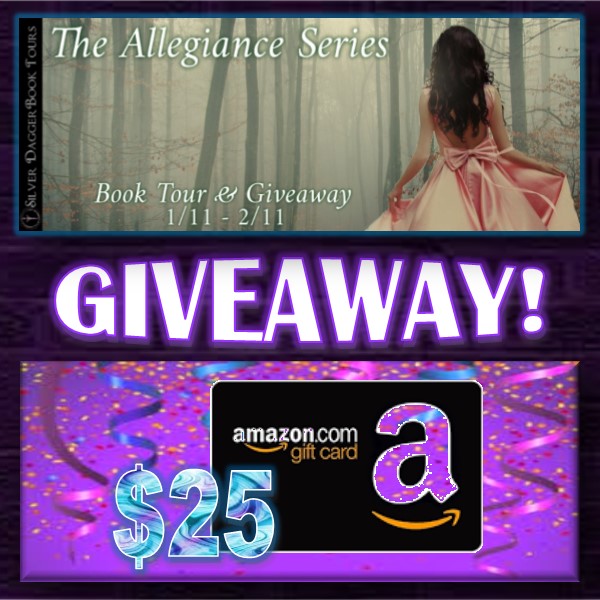 Erin McDermott was born and raised in New Jersey. She graduated college with a bachelors degree in History. If she's not in her room writing, you may find somewhere on the Jersey Shore with her family. She has been writing stories since 3rd grade. It was not until after experiencing the fast-paced life New York City had to offer that she decided to finally take the plunge and finish her first book, CAPTIVE REBEL (The Allegiance, Book 1).

During her years in college she expressed a deep interest in Greek Mythology, which she incorporates into The Allegiance Series. She is incredibly grateful to her family for supporting her throughout the trials and tribulations of the independent publishing process.