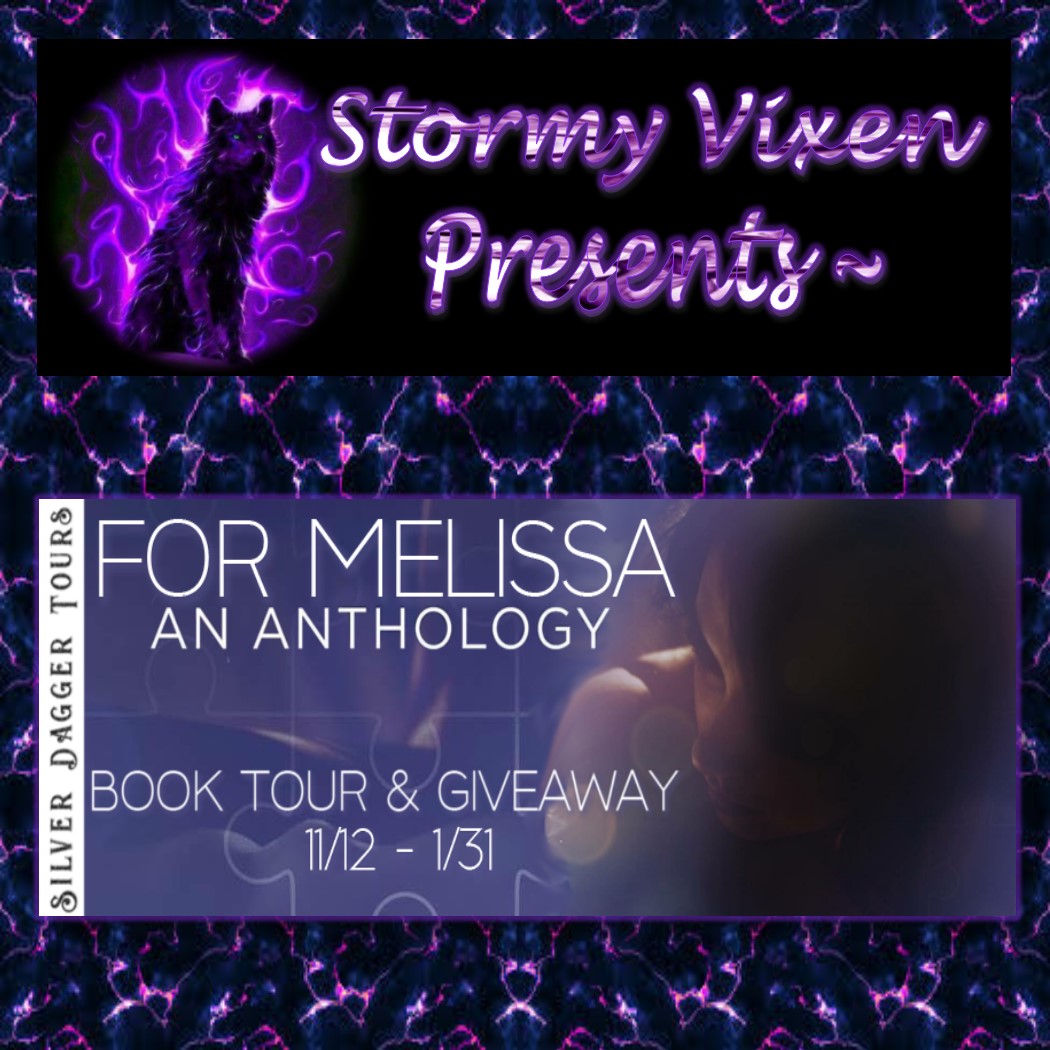 Readers, Today it is my pleasure to bring this multi genre anthology to your attention! The proceeds from the sale of the anthology will be benefiting Melissa Lee in her time of need! 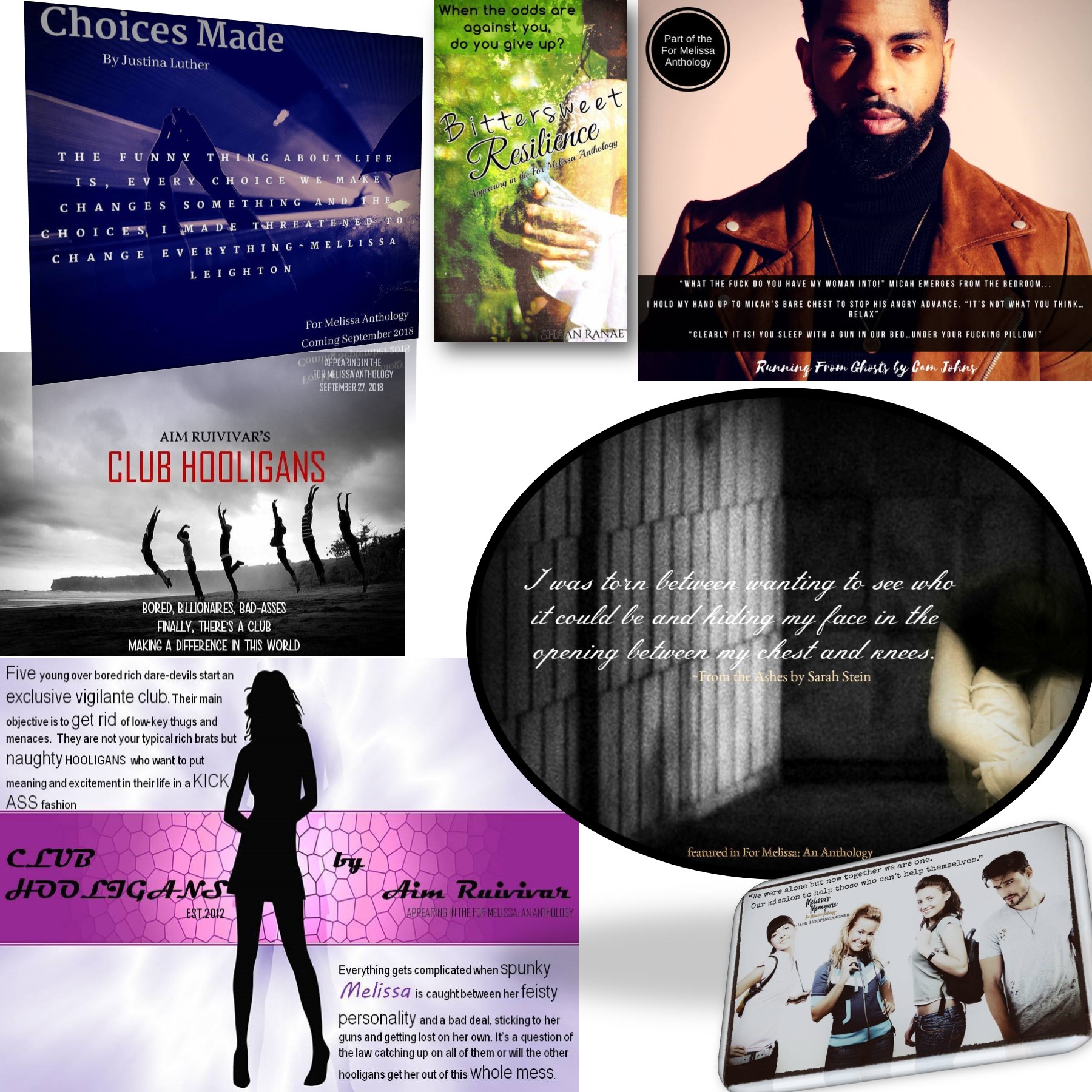 An anthology dedicated to Melissa Lee, bringing together stories of strong independent women by some of today's favorite authors of the indie community.

When Melissa was diagnosed with cancer it shook our house to the core. Within a matter of days we started asking how can we help. The answer create an anthology dedicated to the strong woman that is our Melissa. Each story as a set of rules. one the main character is named Melissa. And her character must be strong. After that each story comes from the hearts of our authors. This book is forever dedicated to the teacher that touches the lives of the children that she meet. The  authors who's lives have now been touched with her soft touch and strong will. And for the member of our family who we wish only the very best.

*All proceeds will be benefitting Melissa Lee during this difficult time. Our hearts & prayers are with her.

~* A special thanks to YM Zachery for her endless dedication After the death of her parents, Melissa was on her own to carry on her family's secret. She was lonely, scared and busy. That is until she found some people she could trust. Friendships and more just seemed to happen.

The Rainbow Truck by Jeremy Simons

On the backroads of Louisiana, the unthinkable happened to Melissa. A truck tried to run her off the road. She could have let it go, but she was too proud for that. Besides, its color intrigued her. Oh yeah, and the blood on the tailgate.

She and Scott followed it to a secluded camp where their fortunes were forever sealed. She had to fight. She had to stand on her own two feet. She had to...survive.

But could it be that easy? Find out in The Rainbow Truck.

Melissa’s past doesn’t define her and she refuses to allow her teenage trauma to hold her down. Believing in herself when no one else did, she became an instant fame in the music industry. And with the public eye on her, it wasn’t a surprise when she attracted a male admirer who didn’t have her best interest at heart. Another man who only craved to control and own her.

Now she must face her fears, both known and unknown, in order to gain the strength to battle the seemingly never-ending storm threatening her very existence. Rising to face her foes is only the beginning to taking back her power.

Lovelight by B. Tolentino

Blind but never felt unwanted, Melissa Chaplin lives peacefully in New Hampshire with her mother. Wanting to make progress in her life, she decides to take a step forward by applying for a part-time job only to be rejected as soon as she receives the phone call she was so excited about. Suddenly, the bruising pain of frustration of being visually impaired envelopes her, causing her to take a huge leap of faith by agreeing to be a patient to a doctor from Germany she meets for the first time.

Running from Ghosts by Cam Johns

Not telling the whole truth is the same as lying. It turns out, withholding secrets is more dangerous than being honest with the one you love. At least that’s what Melissa has come to realize. Now being forced to face her deceptions head on as the ghosts of her past come back to haunt her - threatening the life she has finally built - Melissa has to find a way to confront her dishonesty without losing the love of her life.

Oliver: In onus memoria. I had it engraved on his tombstone so that when I went to visit, I could remember Ben died because I failed to protect him. In my onus, I let guilt corrode through any attempt at happiness. I let the blame overwhelm me because I deserved to be punished... He died because I wasn't watching.

Oliver's been coming to group sessions for a year and half now. I wish I could say he's slowly getting better, but he's shown no progress and it worries me. I don't know how to break through to him or if he even wants me to, but I care about him too much not to try.

Till Death by Bella Emy

Happily Ever After.
That's what Mel thought she had found the day she met Brad.
Now, married for years with their two children, Austin and Brayden, Mel fears for their life. The man she once knew who had been so loving, supporting and caring has turned into a drunk, alcoholic, abusive husband and father, stopping at nothing to get his point across.
Will Mel be able to overcome her dread of living huddled up in a corner, fearing for her life and that of her sons, or will Brad place his hands on her one last and final time?

Melissa is a sophomore at the prestigious Circe Academy, a school that grooms only the finest of witches and warlocks. She finds herself an outcast to most of her peers and professors due to her half-human side. Wanting nothing more than to be a fully-fledged witch, she enlists the help of the wily and sarcastic spirit fox, Vic, who too has his own agenda. In order to retrieve the lost half of magic that she needs to accomplish her goal, Melissa must locate the human the old ritual demands she needs and must steal their “heart.” When she realizes who that human is, Melissa finds herself in a bind: does she complete her goal and fulfill her pact with Vic or does she let the special human go and continue to live her outcast life without the respect she deserves?

Choices Made by Justina Luther

At the age of 26 I, Melissa Leighton, thought I had my priorities right. I worked hard, kept my eye on my goals, and loved my mom and twin sister with all my heart. I broke my back to make us all proud and be the first in my family to become a doctor. The funny thing about life is, every choice we make changes something and the choices I made threatened to change everything.

My Shadow by Sheri Chapman

Melissa is drawn to wrong side of the law. For now, she contents her intrigue by pitting herself against the police. Through her own vices, she must figure out crimes before they can. Not only does it inspire her writing career, but it also gives her life an exciting edge. However, Melissa is being watched. The innovative woman must determine if her life in endanger before it’s too late…

From the Ashes by Sarah Stein

How far would you go to survive?
Melissa was the perfect child. She never complained, did amazing in school and made her parents happy. Or so she thought. Everything changed when she was told to pack her bags, and leave with a man she’s never met. But all is not what it seems as she has to fight not to lose herself in his custody.

Bittersweet Resilience by Shaan Ranae
The Ladie's Wager by Rosie Chapel
All For You by Veronique Poirier
The Lupie Warrior by Kristen Collins
Typical Hunter Day by Jenee Robinson
Melissa, The Queen of the Fairies by M.L. Ruscsak
Melissa and the Lost Tomb of Akila by K.A. Morse
Club Hooligans by Aim Ruivivar 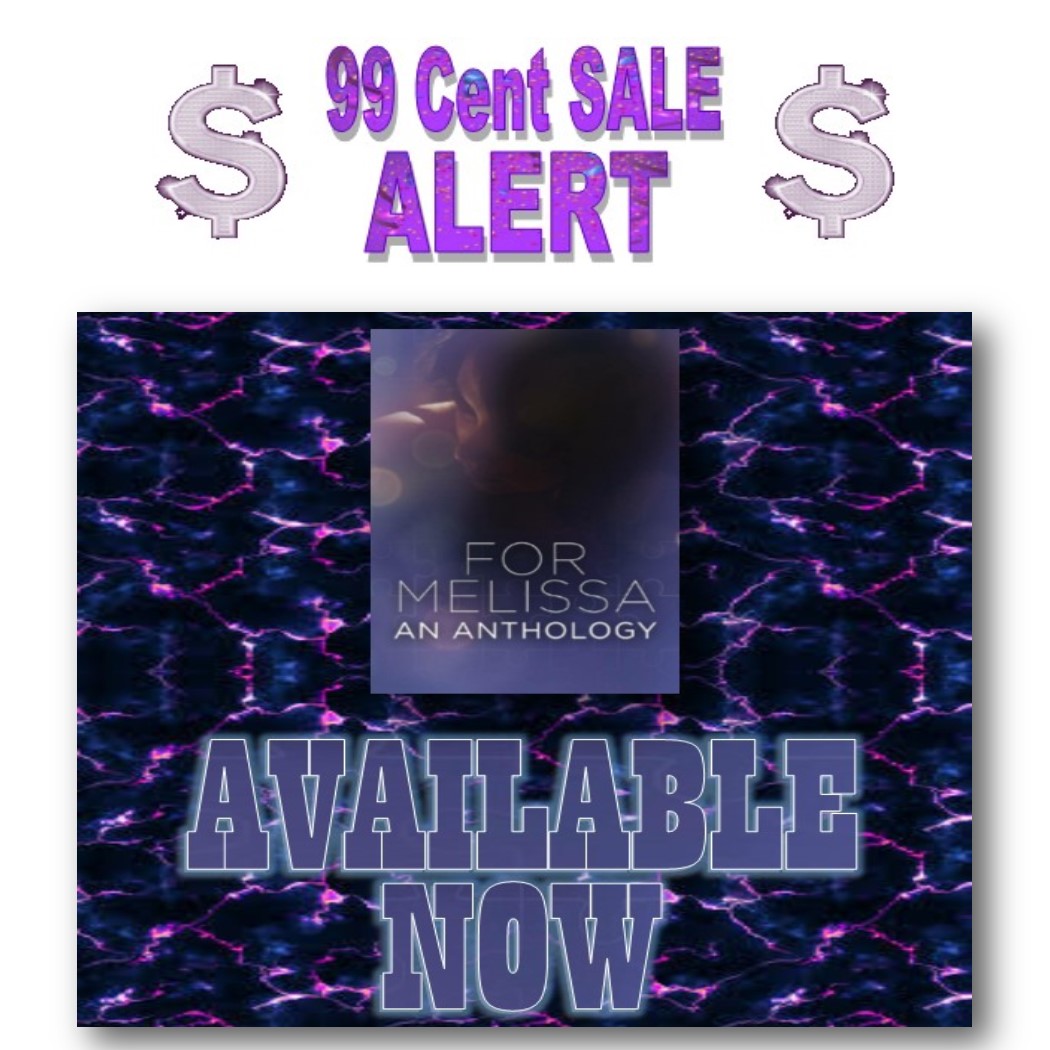 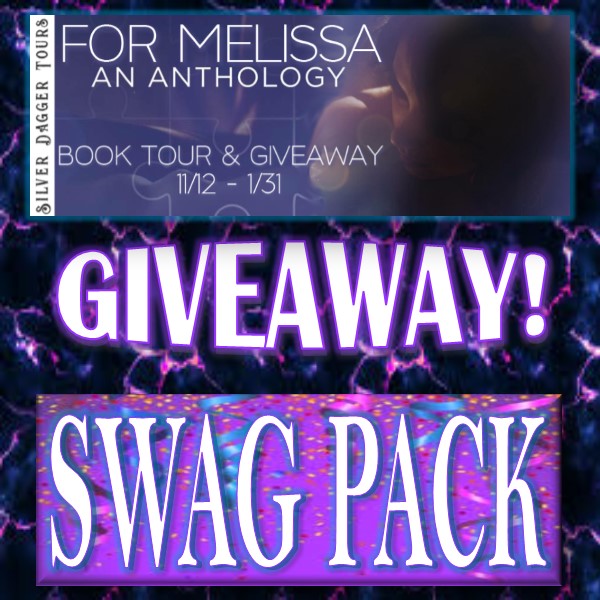 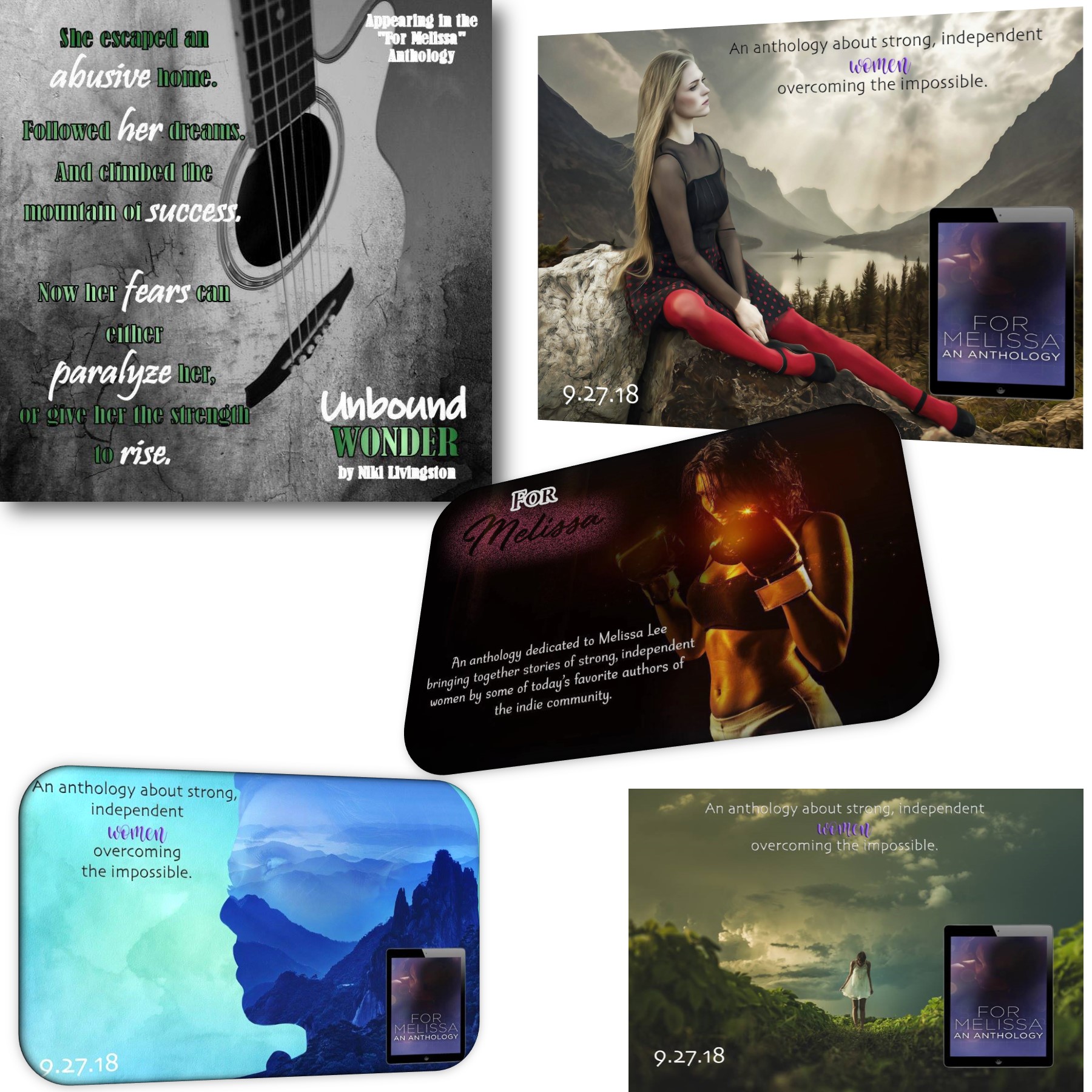 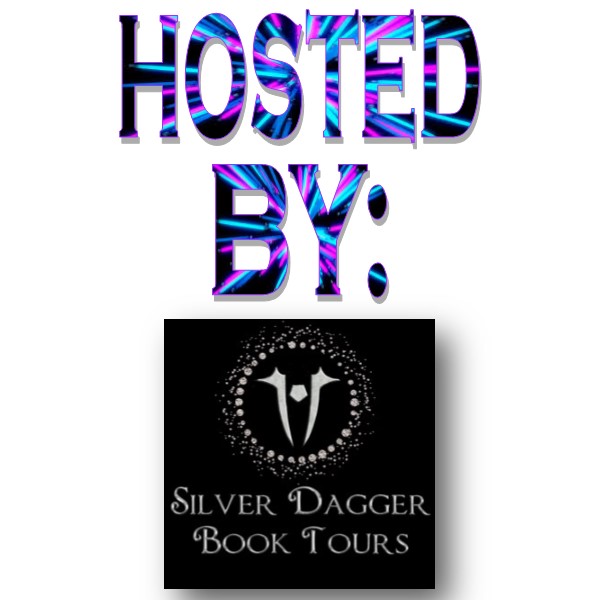