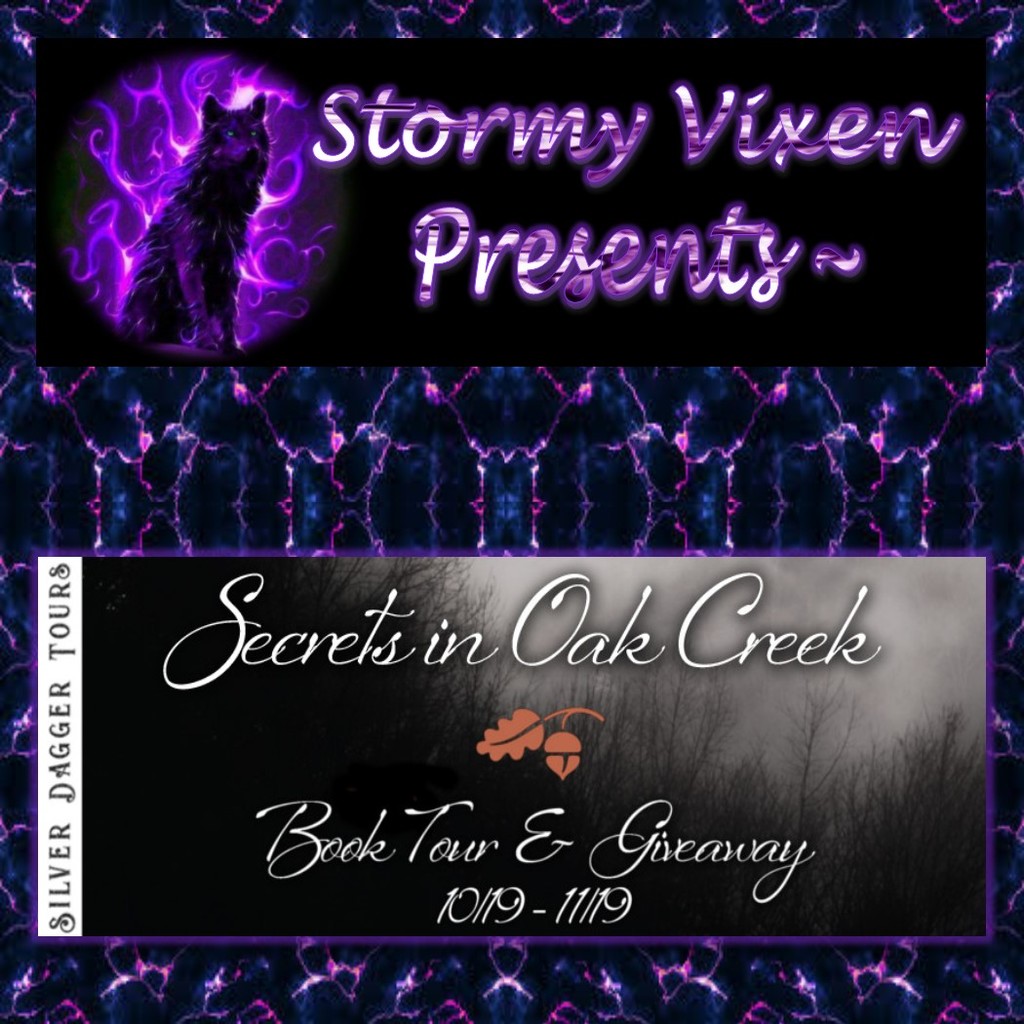 A small town with a dark secret. A new arrival in grave danger. Can she solve the mystery before she ends up the next victim?

The best part of Emily's childhood may have been the time she spent with her quirky aunt. So when her favorite relative passes away, she drops everything to attend the funeral in the small town of Oak Creek. But she never expected to inherit her aunt's entire estate, including her massive black dog Bentley.

Just as she starts to get the hang of small-town life, an unknown driver runs her off the road and sends her to the hospital.

As doctors tend to her and she makes a connection with a charming Oak Creek resident named Ryan, Emily racks her brain to figure out who would want her dead. When sparks start to fly between her and the Good Samaritan that sat by her bedside, they team up to solve the mystery. Digging into the crime starts to reveal a dark side to Oak Creek and long-held secrets nobody wants revealed. Emily and Ryan must uncover the truth before her assailant comes back to finish the job. 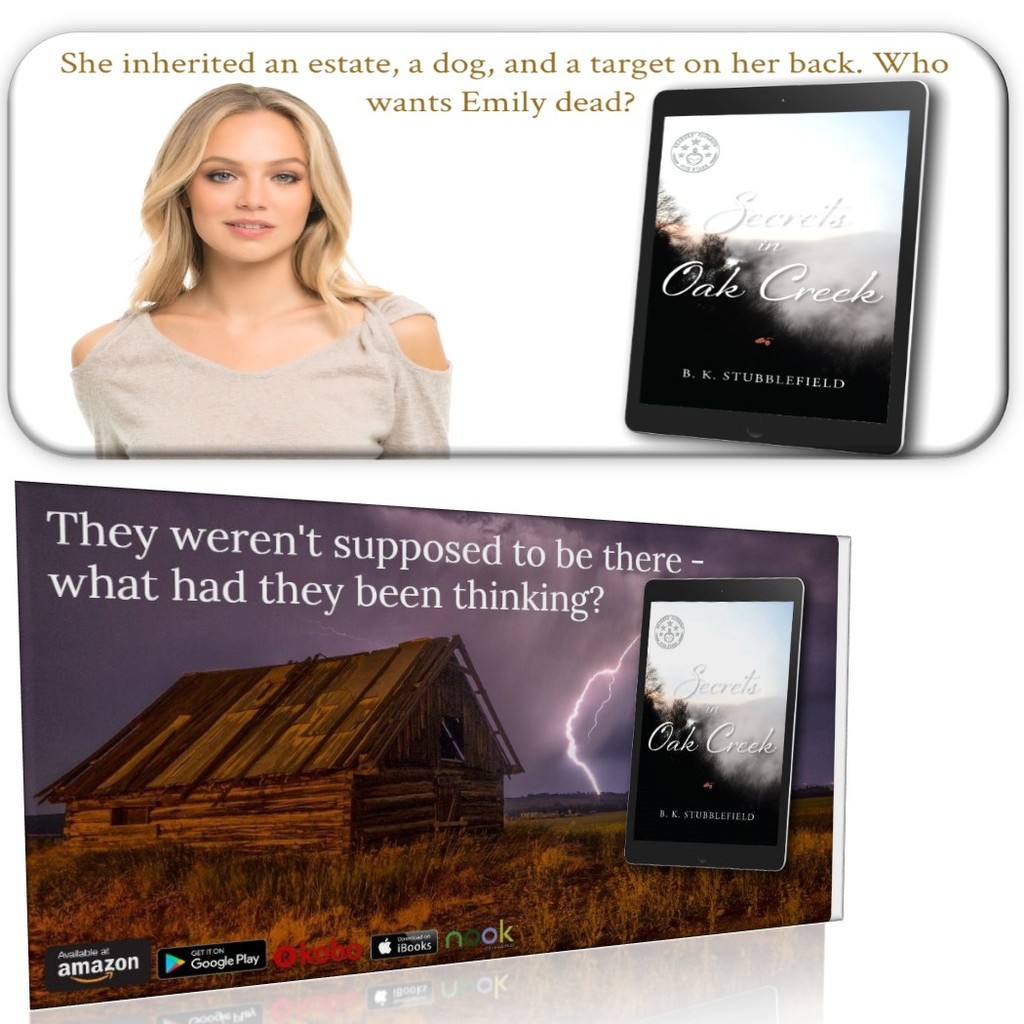 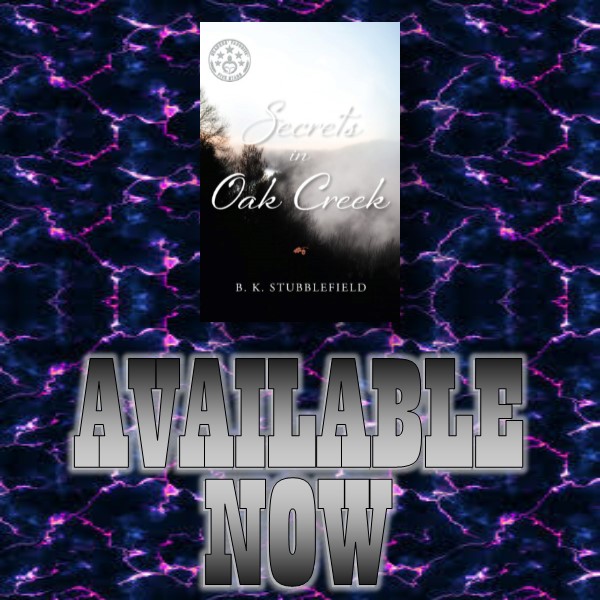 On impulse, she turns the car around and follows the now familiar lane, curious to take another look.

As she slows down, Emily surveys the farmlands on either side of the small country road. She deeply inhales the smell of corn bouncing weightlessly on the warm breeze. A childhood memory floats into awareness, taking her back to when she loved running through endless rows of corn. She remembers when she would stop running and then stand quietly between the rows—not moving, just listening. On some days, the warm wind would whisper her name, beckoning her mind to float to enchanted places in far-away, mystical lands.

She recalls the tingling of her spine when the wind rustles the stalks around her, telling a different story. With her heart hammering fast, she can barely catch her breath. Her feet are rooted to the ground, imagining the rows parting for a faceless shadow that is coming for her. When the spell finally breaks, and fear releases its icy grip, she runs, pumping her legs until she emerges unscathed from the field of corn, feeling safe once again.

Emily smiles at the memory of her childish games as her gaze sweeps the seemingly endless stretching cornfield that is adjoining the property she sees.

She slowly pulls her car to the shoulder and stops where she can view the home between the massive trees in front. Turning off the engine, she sits and watches the home for a few minutes.

You would have been a beauty once, she thinks along with a twinge of nostalgia.

Today, she can clearly see how it may have looked before, her gloomy feelings from just a few days ago replaced with visions of happier times. Windows now boarded up would have gleamed in the early afternoon sun, white wicker furniture on the front porch inviting visitors to sit a while. Lush green Boston ferns in ornate urns would flank the solid oak front door while children played a game of chase with a cute black and white dog. Yes, definitely a dog, she decides.

As if pulled by unseen strings, Emily opens her door and steps out onto the road. Just a quick look, a little bit closer. She hesitantly walks toward the overgrown gravel drive.

She tentatively steps on the drive, and the house comes into view from its side angle. A couple of steps lead up to what appears to be a service entrance. She heads to the front yard where the front porch is badly sagging, barely held up by the once stately Doric columns. A whiff of musty, stale air assaults her nostrils.

Disgusted, she turns away from the crumbling facade. Abandoned, apparently a long time ago—what a pity!

As she turns away, Emily is keenly aware of the eerie stillness around her. Just as the wind in the cornfield softly sighed such a long time ago, the old house seems to reach out, whispering an invitation to explore its long-forgotten interior.

Emily hesitantly steps up two concrete steps, halting on the small landing of the side entrance.

“Hello!” she calls out as she knocks on the door, cocking her head, listening closely. She doesn’t expect anyone to answer, but still. “Hello? Is anyone here?” she repeats. Ignoring her gut’s warnings that she has no business being here, she knocks a second time—and almost jumps as the door opens a small way, rusty hinges shrieking loudly, interrupting the quiet.

Her pulse races as she pushes her hand lightly against the door. She leans forward, glancing around the interior and is immediately assaulted by the same musty smell she had noticed earlier, only stronger. What inspired you to write this book?

After I adopted my rescue mutt Harper –he’s a beautiful Great Pyrenees/Yellow Lab mix – I began to assist our local none—profit animal shelter with the endless task of fundraising. I regularly visited the facility where I met the animals and an army of the most kindhearted and hardworking volunteers. I captured their stories in a monthly newsletter, and when I heard about the nasty business of dogfighting hidden within the county, naturally I wanted to know more. Although the accused never stood trial, I knew I wanted to tell a story of small-town secrets.

Can you tell us a little bit about the characters in Secrets in Oak Creek?

Emily's a bit of an introvert, yet independent and, well, stubborn. Her childhood may have been the time she spent with her quirky aunt. So when her favorite relative passes away, Emily drops everything to attend the funeral in the small town of Oak Creek. But she never expected to inherit her aunt's entire estate, including her massive black dog Bentley. As she makes the decision to move back to Oak Creek, an unknown driver runs her off the road and sends her to the hospital.

Ryan is outgoing, charming, and a confirmed bachelor. He is a celebrity photographer, and on his way home after a week-long photo shoot. All he wants is to go home, chill, and shoot the breeze with a few friends. Fate has other plans. As he witnesses Emily’s car crash he’s convinced this was no accident and reports it as an assault. Naturally, sparks fly between Emily and her Good Samaritan, they team up to solve the mystery.

Do your characters seem to hijack the story or do you feel like you have the reigns of the story?

I just had this conversation with another author who is only one chapter away from finishing her story. The character stands in the way of letting the story be told as intended, and I think that is unfortunate. I have not yet run into a situation like it. Typically, my characters have a voice in how the story develops, and sometimes they want to go into a direction I hadn’t intended. At that point, I have to make a decision if I want to follow their lead, or if I need to pull them back. Yeah, of course, they want to do their own thing, but they’re not allowed to hijack my story. My book, my rules. 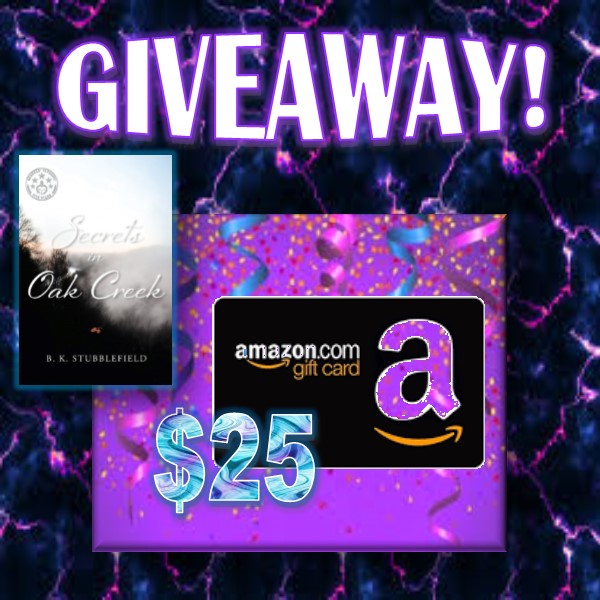 B.K. Stubblefield is a new writer with a passion for animal rescue. After adopting her new dog Harper, she was quickly overwhelmed with the challenges of raising a "puppy on steroids". Together with her close friend, Debra Wagner, she published 'Rescued: A Tale of Two Dogs', two nonfiction tales of love, patience and commitment.

In an effort to help bring awareness to animal neglect and abuse in our own neighborhoods, B.K. Stubblefield shares several short stories of animals brought out of the shadows and into the light of love in her second book "Rescued: Out of The Shadows."

B.K. Stubblefield is also a contributing author to "Be Their Voice: An Anthology for Rescue, Volume I & II
Her debut novel, 'Secrets in Oak Creek', a mystery/romance, was published n November 2017.

Born and raised in Germany, the author has spent many years supporting her husband's military career. Moving between Europe and the United States, she now makes her home in the small rural town of Elizabethtown, Kentucky where she enjoys the slower pace of small town living. Early morning weekend walks with her dog Harper are among her favorite activities.