You can’t run from A Killer Past by Maris Soule

A Killer Past by Maris Soule

Can we run from the past? I don’t think so. 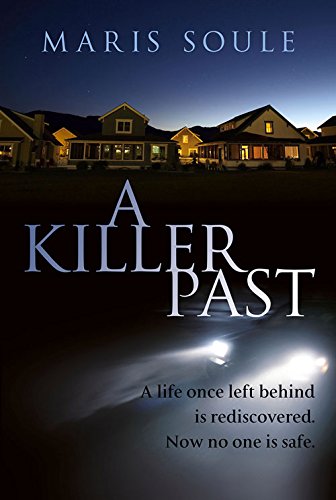 I was drawn to A Killer Past for numerous reasons, the title, the cover, the blurb and the location, Michigan. I love to read books that are in a location I an familiar with and I know a bit about Michigan. This is not your comfy, cozy mystery.

Sergeant Jack Rossini had been called to a scene where two gang members claimed to be beaten up by a little old woman. After they arrived at the hospital, they changed their story to ninjas, ending with they fell.

That little old lady is Mary Harrington, who is 74 and looked like easy prey. Boy were they wrong. She kicked their ass, but that created a big problem for her, exposure. Now, not only is she in danger, but also those close to her. How far would they go to keep the past buried?

I knew the premise of the story was a forgone conclusion, but I was looking forward to some twists and turns that would entertain me. The first one was Mary Harrington.

I mean…a 74 year old woman is the main character and her hidden past forces her to go on the offensive. Even though it had been years since she had used martial arts, actions were done by reflex. All her training had paid off.

Even after being warned, Jack does not let the mystery lie. He wants answers. Will he get them? Will he wish he had left well enough alone? We shall see.

Seeing I am no spring chicken myself, it was hard to buy into her kicking ass and taking a few kicks herself, then walking away. I know surprise was on her side, so I’ll give it to her. I don’t know what is missing in A Killer Past, but I did not feel a sense of urgency. I knew the gang members would retaliate, I mean, they are gang members, after all. Isn’t that what they do? It took me three days to read it. It lacks that something extra that makes it unputdownable. Nevertheless, A Killer Past was worth reading and I did enjoy it. I would recommend this as a not so cozy, easy reading mystery.

I received A Killer Past by Maris Soule in return for an honest and unbiased review.

When two gang members choose Mary Harrington as their target, the quiet widow has a secret to share of her own

Most people in the town of Rivershore, Michigan view Mary Harrington as a quiet widow whose only oddity is that she spends a lot of time at the gym. Her son thinks it’s time for her to move into a retirement home. Two gang members think she’ll be an easy target. No one in Rivershore knows what Mary did in her younger years—really did—but the two gang members discover they’ve underestimated their victim . . . and Mary fears reverting to old habits may have jeopardized her future.

Award winning author of 25 romances, 2 mystery and 2 short stories, with 2 suspense novels coming out 2015. Maris Soule was born and raised in California but moved to the midwest two years after her marriage. She is a member of MWA, MMRWA, Sisters-in-Crime, RWA, FWA, and Authors’ Guild. Soule is still married to the same man, has two grown children, and two granddaughters. She is currently working on another mystery, this one set in Skagway, Alaska.”