Check out the gorgeous cover.

Witch of Death by Chrys Fey is an awesome short of suspense, thrills, magic, witches and romance, wrapped up in a wonderful package. Liberty Sawyer is called in by the police, when a magical murder occurs - a floating corpse and a spell cast by an evil, dark magic sorcerer bring her and Reid together. She is a psychic, a witch to be exact. She takes no guff about whether you believe in her or not. She is a witch that hunts witches to be burned alive and has a gaze that can freeze a man in his tracks. Reid learns that first hand. Detective Reid Sanders is a skeptic. Does he fight believing in her so much because he is in lust after Libby? Chry's Fey's writing is sooooo good, that I will be reading anything she puts out! Witch of Death is a short, but powerful read. Libby had me eating out of her hand from the first pages. The characters are well developed and got me so involved, I hated for the story to end. I want more, please. I received this book in return for an honest review.

Welcome Chrys. I am so happy to have you here today!

Thank you for the great review and for letting me borrow your blog to talk about Witch of Death, Sherry! :) Music is my constant muse when I’m writing. I have a list of songs I go to when I need to write romantic scenes and action scenes. There are also my go-to artists such as 30 Seconds to Mars, Sia, Evanescence, Imagine Dragons, and more. Witch of Death originally had chapter titles that were deleted during the galley phases, and those chapter titles were actually names of songs that inspired those chapters. For fun, I’ll share the soundtrack for Witch of Death, so if you read the story, you can maybe look up the songs, too.

Thank you all for visiting and hopefully commenting. ;)

Thanks, Chrys. I love learning what inspires an author. I look forward to having you visit again in the near future. :-)

BLURB
Detective Reid Sanders doesn’t believe in the supernatural, but when he’s faced with a crime scene that defies the laws of nature, he has no other choice but to start believing. And solving a magical murder involves working with a witch.
Liberty Sawyer embodies the look of your classic evil witch, so it’s no surprise when she uncovers the murderer is a witch and she becomes Reid’s number one suspect. If she can’t convince him otherwise, more people could lose their lives to dark magic, including her.
.
BOOK LINKS:
.
Amazon US / Amazon UK / The Wild Rose Press / NOOK / KOBO
.
ABOUT THE AUTHOR
.

Chrys Fey is the author of Hurricane Crimes and 30 Seconds. She is currently working on the sequel to Hurricane Crimes that’ll serve as book two in the Disaster Crimes series.
When Fey was six years old, she realized her dream of being a writer by watching her mother pursue publication. At the age of twelve, she started writing her first novel, which flourished into a series she later rewrote at seventeen. Fey lives in Florida where she is waiting for the next hurricane to come her way.
You can connect with her on Facebook and her blog, Write with Fey. She loves to get to know her readers!
Author Links:
Facebook / Blog / Website / Goodreads
Check out my 5 star review for Ghost of Death here. 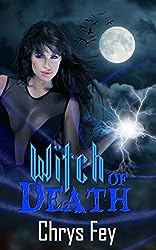 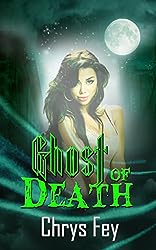