Vengeance of the Hunter (Rebels of Adalonia #2) by Angela Highland

After nearly being destroyed by a conspiracy within his Order, Kestar faces a crisis. The Knights of the Hawk have always stood against elven magic, but how can he proceed after discovering his own elven heritage? How will his Order react when they discover the truth?

Free of the shackles of the Duke of Shalridan, Faanshi sets out to pursue her destiny with the elves—and finds herself at the head of an open rebellion. But her goddess isn't done with her yet, and controlling her magic turns into the fight of her life. One she cannot win without both Kestar and Julian by her side.

Rattled to his core after Faanshi healed his eye and hand, and haunted by guilt and a growing love for the elven healer, Julian flees. As he seeks retribution against shadows of his past, convinced of his own unworthiness, he'll need all of Faanshi's faith to turn him from the path of vengeance to help save Kestar, and the whole of Adalonia.

The second book in the Rebels of Adalonia series a mesmerizing fantasy read that takes the readers on adventure of magic and mayhem.  Kestar discovers his own elven heritage, and haunted by guilt and his growing love for the elven healer, Julian flees and seeks retribution against the shadows of his past. Faannshi needs both Kestar and Julian as controlling her magic turns into the fight of her life.

The fast plot keeps readers on their toes with suspense, drama, action, magic and romance.  The author brings the story to life with well written descriptions of the events and scenes that capture the imagination and the strong compelling characters grab the reader’s attention from the very beginning.  Tensions build as each of their journeys lead the characters closer to their destiny at the will of their gods.

The characters themselves are complex with three very different personalities that adds lots of depth and spice to the story and ultimately carry the story along.  The plot itself is quite complex full of revenge plots and political and religious manipulations between cultures.  This can get quite confusing especially as the book seems to jump around a bit, so I highly recommend that the stories be read in order to better understand the events as they happen.

The reader can’t help but get caught up in each of the characters stories and emotionally captivated by their plights and what has transpired in the past that led them to this point in their life and in this book Julian captures the heart.

I honestly have not read the first book; the wonderful cover and intriguing plot captured my attention with that being said: be sure and read the first one first.  The story concept and fascinating elements is interesting and entertaining with lots of evil cruelty and surprising twists that spices the story up even more, so overall I found the story enjoyable but my enjoyment was dimmed with all the unfamiliar names that I stumbled over throughout the story. 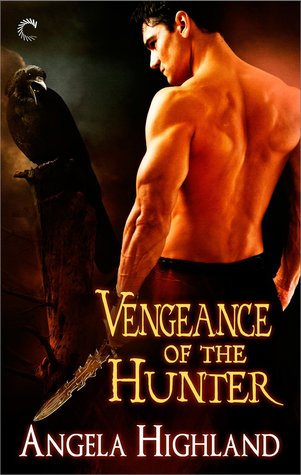 Hi, I’m Angela Highland, a.k.a. Angela Korra’ti, a.k.a. Anna the Piper. I’m an author, a software geek, and an amateur musician!

Like quite a few authors these days, I write under two different names. Think of them, if you will, as versions of me from alternate dimensions. Or for the Whovians among you, different regenerations that happen to be currently visiting the same point in time!

Angela Highland is the name under which I commercially publish. As of April 2013, the first of my books published under that name became available:Valor of the Healer, book 1 of the Rebels of Adalonia trilogy! You can expect an Angela Highland title to be SF/F with strong romantic elements.

Angela Korra’ti is the name I use for my self-published works, currently including Faerie Blood, the forthcoming other books of The Free Court of Seattle, and the rest of the works I hope to publish set in the Warder universe. Music, magic, and computer geekery are what you can expect from the Warder universe books–lighter-hearted urban fantasy than much of the norm.

Anna the Piper is my online nickname, and what I use for a handle pretty much everywhere on the net.

All of my online selves, though, are in strong agreement on the awesomeness of Great Big Sea, Quebecois traditional music, Doctor Who, Castle, extremely bad monster movies, learning French, learning tunes on the flute, and the fluffiness of our household cats. And I hope you’ll enjoy what I’m writing, no matter what name it’s got on it!