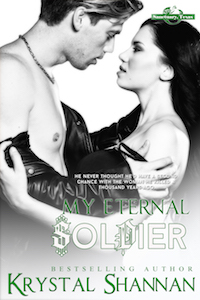 The saga continues with the vampire Eira and an immortal Elvin from the Veil. Join me in Sanctuary again for an adventure that will knock the breath from your chest, bring tears to your eyes, and keep you turning the pages all night. Its Werewolves, Djinn, Dragons, Vampires, and more!

The last time he saw her, his sword was in her chest.

Inner demons have haunted Killían North since he killed the only woman he ever loved on a battlefield a thousand years ago...at least he thought she’d died. He unexpectedly gets a second chance to win her heart again, if he can just stay alive to do it. Evil lurks around every bend in the road. Magick, romance, and heart-pounding suspense greet them at every turn. But he’s determined to find a happily-ever-after with the woman he loves no matter what.

The last time she saw him, she was dying...

When the werewolf rescue squad Eira Rennir sets off with is ambushed by SECR military forces, she barely makes it away with her life. Willing to do anything to save her friends, Eira agrees to the mysterious destiny in Sanctuary she’s been avoiding for months.

Only with help from Sanctuary, can they find a way to save her friends from the treachery of Xerxes and forge a new destiny with each other in a world that’s been torn apart by hatred and prejudice.

Two soldiers get a second chance at love when fate brings them together to fight Xerxes and forge a new destiny with each other in a world torn apart by hatred and prejudice in this spellbinding paranormal romance.

One thing’s for certain, Sanctuary, Texas is never boring as they fight to survive in this futuristic world and the reader can’t help but get drawn into all the excitement and passion that flows through its borders. Eira and Killian have spent centuries trying to get over the loss of each other and stayed on the outside of Sanctuary helping to fight battle after battle until chance brings them back together in a fiery explosion of passion. These strong, compelling characters claim reader’s attention as they struggle to save their friends while adjusting to being back at each other’s side and the fast paced and smooth flowing plot keeps readers on the edge of their seat with lots of suspense, action and romance.

Lots of excitement and anticipation builds as the danger escalates and Eira and Killian risk everything in saving prisoners from Xerxes and his evil scheming and with betrayals and unexpected twists and surprises along the way, there’s never a dull moment which keeps readers and characters wondering what will happen next. The well written scenes and details capture the imagination and bring the story to life while the well-orchestrated events guarantee that the reader can’t put the book down.

This fascinating series just keeps getting better with so many intriguing characters and unique elements set in a futuristic world that adds dimension and depth to the very foundation of beliefs and I for one can’t wait to visit Sanctuary again. 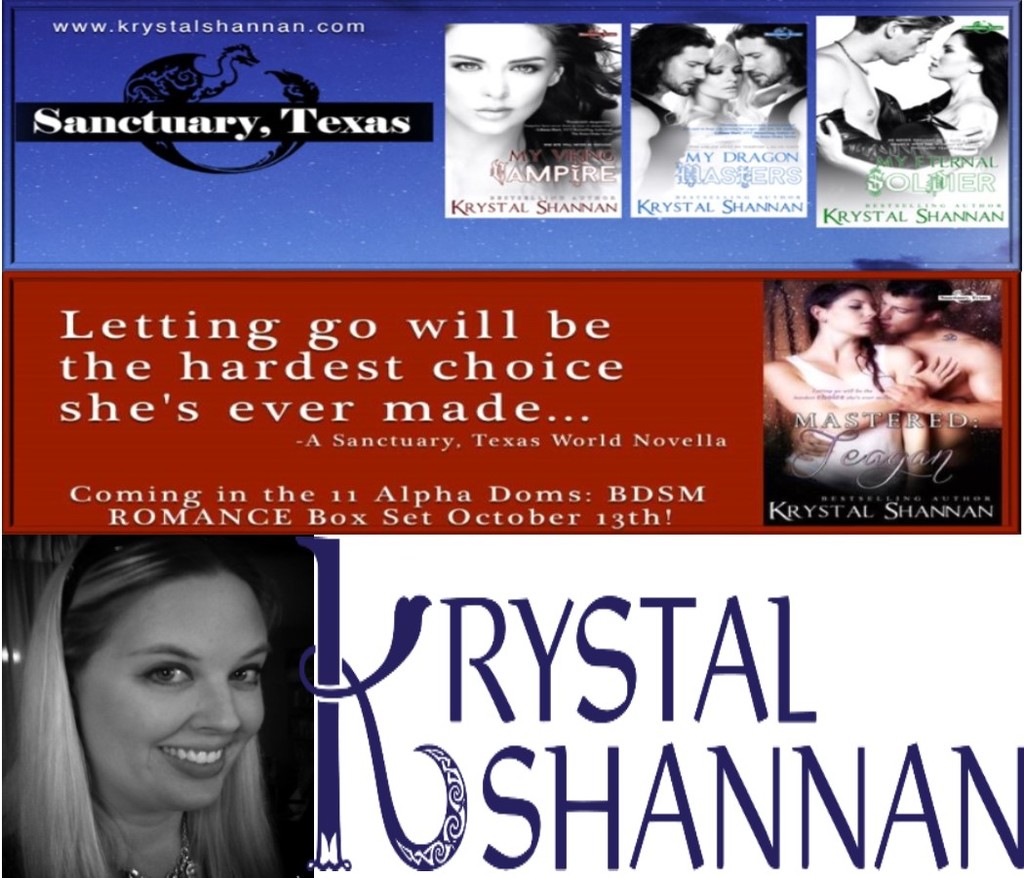 Krystal Shannan goes to sleep every night dreaming of mythical realms with werewolves, vampires, fae, and dragons. Occasional a fabulous, completely human story slips into the mix, but powers and abilities usually crop up without fail, twisting reality into whatever her mind can conceive.

As a child, her parents encouraged her interests in Ancient Greek and Roman mythology and all things historical and magickal. As an adult the interests only grew. She is a child of Neverland and refuses to ever stop believing in fairies.

She is guilty of indulging and being a Buffy the Vampire Slayer groupie as well as an Angel fan. For those of you unfamiliar with the world of Joss Whedon, you are missing out! She also makes sure to watch as many action and adventure movies as possible. The more exciting the better. Yippee-Ki-Yay..... If you don't know the end of that phrase, then you probably don't like the same movies.

She writes stories full of action, snark, magick, and heart-felt emotion. If you are looking for leisurely paced sweet romance, her books are probably not for you. But, for those looking for a magical ride, filled with adventure, passion, and just a hint of humor. Welcome home.

Putting Magick in Romance one Soul Mate at a Time.

Sign up for newsletter to hear about new releases and giveaways!

FB Party:  The Facebook party will be on June 5th at 6:00 pm CST.  There will be giveaways and lots of fun so please let your followers know about this event!

“Someone come take this dumb ass wolf from me before I eat him!” I strained to ignore the warm body over my shoulder, but his scent filled my lungs. My fangs descended, and I licked my lips. Hunger reared its head. I desperately needed to feed. But it would have to wait.

The screen door of the lodge shot open and slammed into the wall as two large Lycan males barreled out.

“What happened?” Chad asked, coming out the door behind the two bigger males.

I handed off the unconscious male to them and turned to Chad. “The idiot wouldn’t let me pick him up to jump the fence. So I knocked him out and carried him.”

The younger male laughed, and I hissed at him, effectively making his mouth snap shut like a triggered bear trap.

“Tell him I expect an apology when he wakes or I’ll take his ass back to Arkansas territory and leave him there for the SECR troops that were hot on our trail.”

All three Lycans nodded soberly before hauling the unconscious sack-of-potatoes into the lodge.