In a world where everyone wears a mask, you can't trust anyone… not even yourself.

Verity Fortune was once Sapphire City’s top crime-fighter, wielding her powers of telekinesis to battle the city’s most despicable villains. Now, she’s consumed by a single burning desire: revenge. Against those who took away her mask, her memory, and nearly her life.

Having escaped from the asylum they left her to rot in, Verity dons her mask once again and becomes the Seeker, a vigilante warrior for truth.

But when she unwittingly uncovers an evil conspiracy deep within her own family, she’s suddenly on the run, alone and hunted by those she thought were on her side…

The first book in a new urban fantasy series is a thrilling action packed read. This series promises to be exciting and fun with captivating super heroes and villains to keep the reader intrigued and coming back for more.  The story is full of violence and mayhem, but also the emotional turmoil and confusion of the heroine.  I was totally caught up in the story and I can’t wait to read the next one, however I do recommend that the book be read when the reader can devout all their attention to it, not only because they won’t want to put it down once they start reading it, but because due to Verity circumstances the reader could become confused if they are not paying attention. 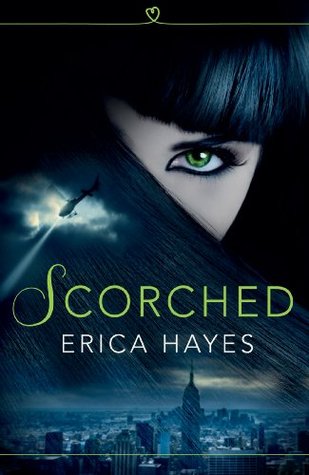 Erica Hayes was a law student, an air force officer, an editorial assistant and a musician, before finally landing her dream job: fantasy and romance writer.
She writes dark paranormal and urban fantasy romance, and her books feature tough, smart heroines and colourful heroes
with dark secrets.
She hails from Australia, where she drifts from city to city,
leaving a trail of chaos behind her. Currently, she's terrorizing the wilds of Northumberland.