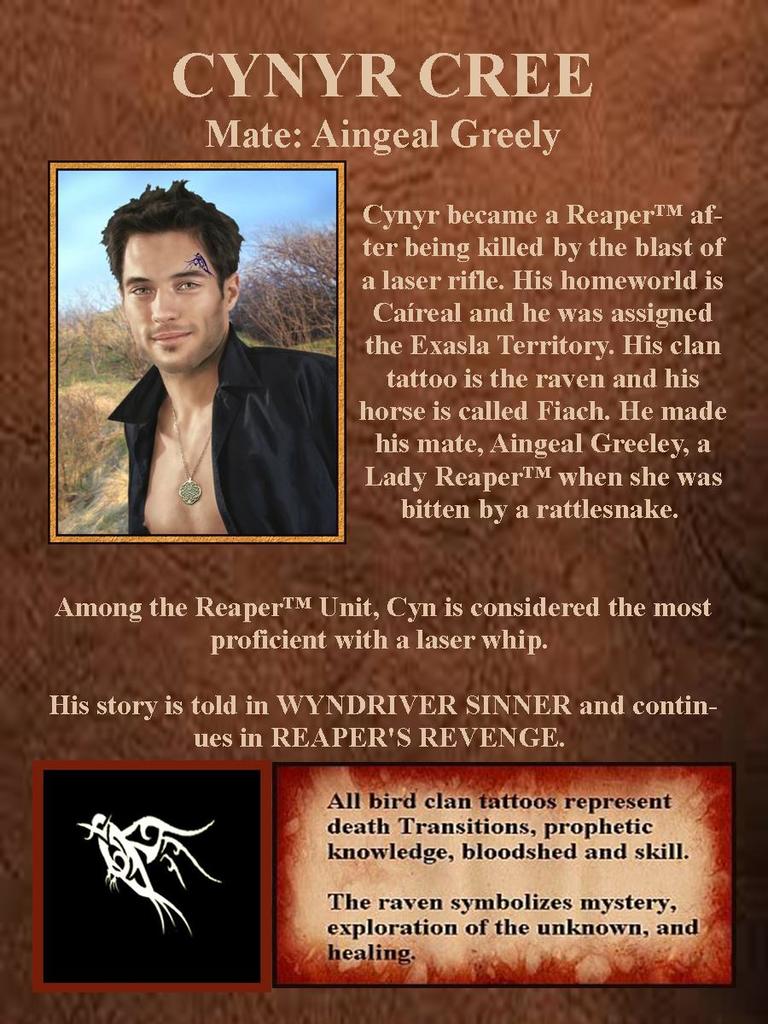 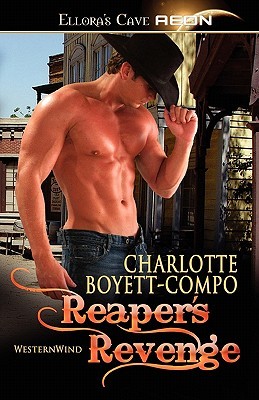 There's unfinished business in Haines City... Cynyr Cree and his wife Aingeal have returned to the western town to protect its citizens from two men the Reaper thought he'd killed. With Cree are the other six Reapers of his team, sent there by the Shadowlords to help stamp out an impending threat to all mankind lurking in the mountains of the high desert. Otaktay, the Jakotai brave who once owned Aingeal, has sworn to take her back from Cree and to slay the Reaper before her eyes. Teaming up a rogue Reaper, Otaktay will let nothing stand in his way of retrieving the woman he believes belongs to him. From the blackness of space, the Triune Goddess Morrigunia keeps a close eye on Her beloved Reapers. When She senses death and danger stalking one of Her own, She returns to Terra with vengeance in Her eye and annihilation in Her black heart

Cynyr Cree and Aingeal return to Haines City along with six other reapers to stamp out an impending threat to all mankind and the Triune Goddess Morrigunia returns to Terra with vengeance in Her eye and annihilation in Her black heart in this exciting paranormal western romance.

The Reapers thought that the two rogues had been killed but Otaktay is determined to retrieve the woman he believes is his and he won’t let Cynyr stand in his way and the reader can’t help but get caught up in all the excitement and thrills as the Reapers fight off not only the two rogues but an even bigger threat as well. The well written scenes and details capture the imagination and bring the story to life with vivid imagery that makes it easy for the reader to picture each and every scene while the well orchestrated events ensure that there is never a dull moment and spine tingling anticipation builds as the danger escalates and the Reapers and the Goddess get ready to have a major showdown or two.

Cynyr and Aingeal’s attraction to each other burns hotter than ever with some hot and steamy sex scenes but Otaktay is a danger to their happiness and well Cynyr and Aingeal aren’t the only ones getting lucky – but you’ll have to read the book to find out who. The Goddess is a mite bit upset that danger is stalking one of her own and the bad guys better get out of Her way which adds lots of spice and excitement to the story as we also learn more about the Reapers while some snarky dialogue and teasing banter adds humor to the story.

Add everything together along with all of the sexy, edgy cowboy Reapers, and there was no way I could put this story down until I had read every last word and now I am impatient to read the next one. 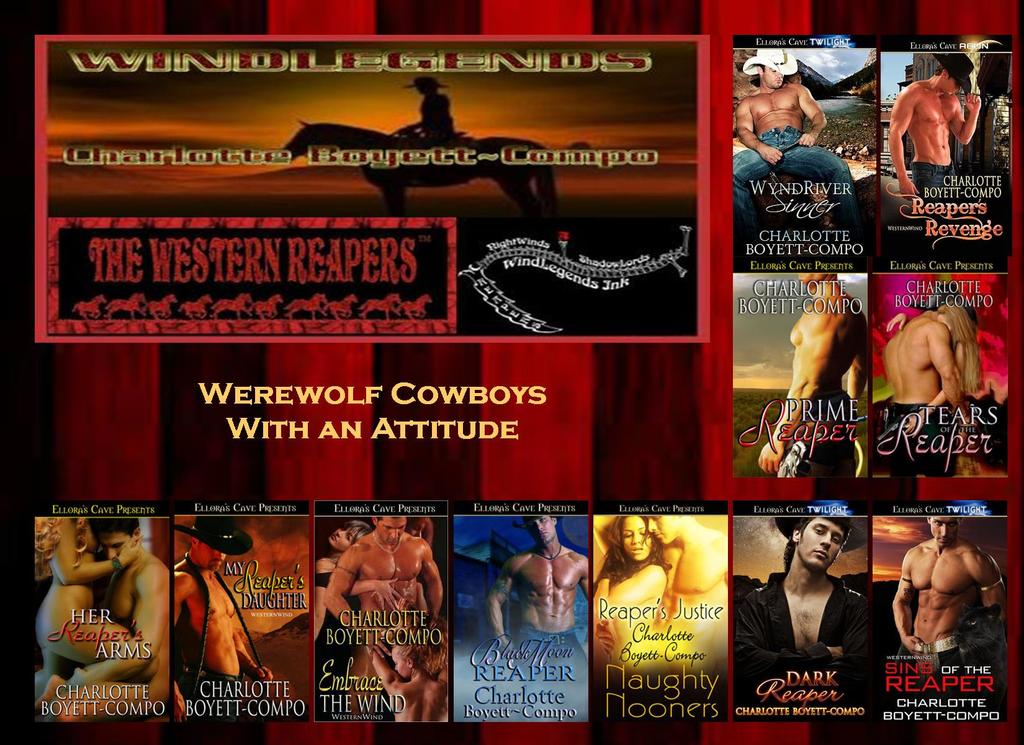 Note: There is a discrepancy in the numbering of the series. The publisher and the author has Sins of the Reaper as #10, Goodreads as # 9. The numbering depends on whether or not you count the novella Embrace the Wind as # 7 or # 6.5.

Charlotte can usually be found at:

For more books by Charlotte: