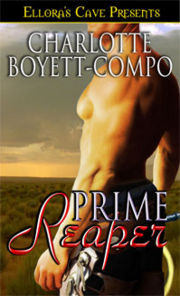 Prime Reaper Arawn Gehdrin never expected to find a woman who would be willing to share her life with him. As the head of the Reaper unit, he was feared and loathed. Men stepped aside for him, women hid from him and children had nightmares when he showed up in their town. But that wasn't the case with Danielle Brewster, the sheriff's strong-willed daughter. With flashing eyes and a saucy grin, she set out to win the Reaper's heart and capture his very soul. Danielle saw only the good in Arawn Gehdrin and understood his loneliness, for that same loneliness stared back at her from the mirror each morning. His smile set her heart racing and his dark good looks sent shivers of desire coursing through her body. There was no way she was going to let him get away from her. Beyond the western mountains lurks an evil the Reapers thought destroyed. The Ceannus — alien creatures hell-bent on enslaving humankind—had returned to Terra with a vile secret meant to cripple the Reapers. With them, they had brought horrendous death for the people of Terra.

Note: While a stand alone story, it is recommend the books be read in order for better reader enjoyment and understanding. 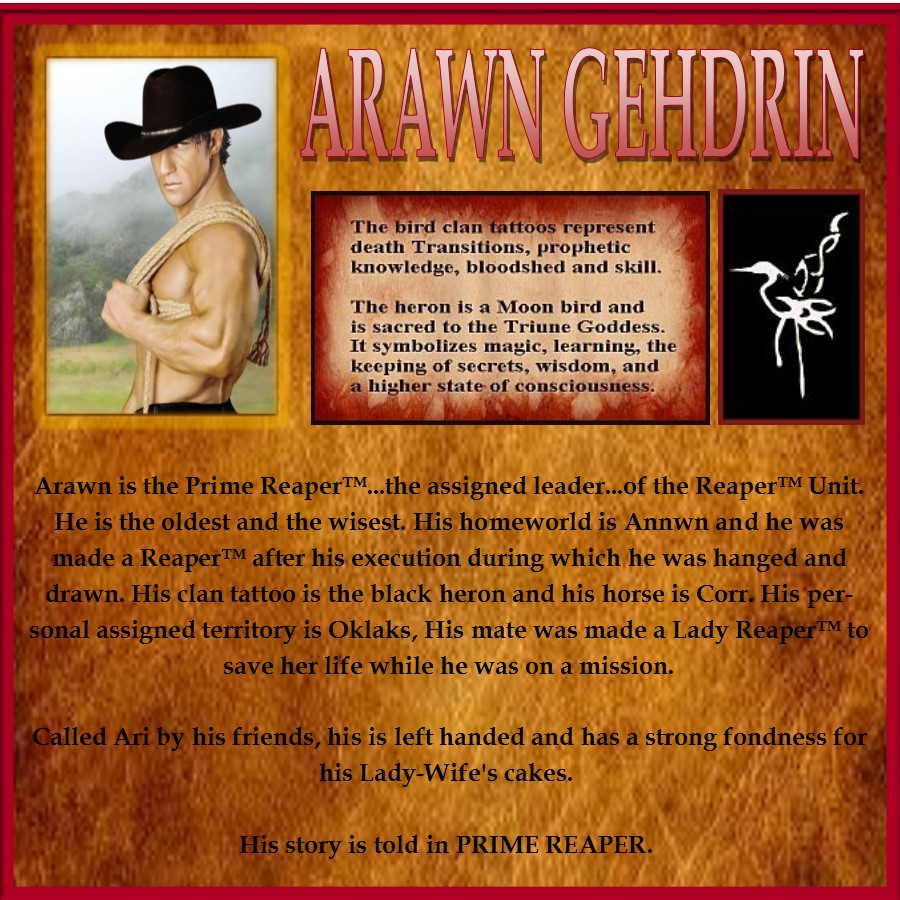 As Prime Reaper, Arawn Gehdrin is both feared and loathed until Danielle Brewster sets out to win his heart and capture his soul in this exciting paranormal romance.

Just as Arawn and Danielle start out their newly married life, Reaper business interferes, tragedy strikes and lives are changed and the reader can’t help but get drawn into all the excitement that bombards Arawn and Danielle’s romance. The attraction between Danielle and Arawan is combustible and the sex scenes are hot and steamy which adds lots of spice to the story but it’s not all sunshine and Reapers as there are some issues with this relationship that adds depth. These strong compelling characters continue to demand the reader’s attention while they find love and fight the Ceannus and the fast paced and smooth flowing plot keeps readers on the edge of their seat with lots of suspense, action and romance.

Tension and expectation builds as the Lords learn of a new threat – evil lies beyond the western mountains, one that the Reapers thought they had destroyed which means they now have a major battle to engage in and if that’s not enough excitement there are some unexpected surprises in store for the Reapers and their ladies.  The well written scenes capture the imagination and bring the story to life with vivid images and the well-orchestrated events ensure that there’s never a dull moment and that the readers come back for more.

This fascinating and complex world just keeps getting better and better and there’s so much changing for the Western Wind Reapers that I am sure it going to continue to do so, which of course means that I can’t wait to read the next one. Speaking of complex thought, I do recommend reading this series in sequence for better understanding of the Reaper world and its captivating characters. 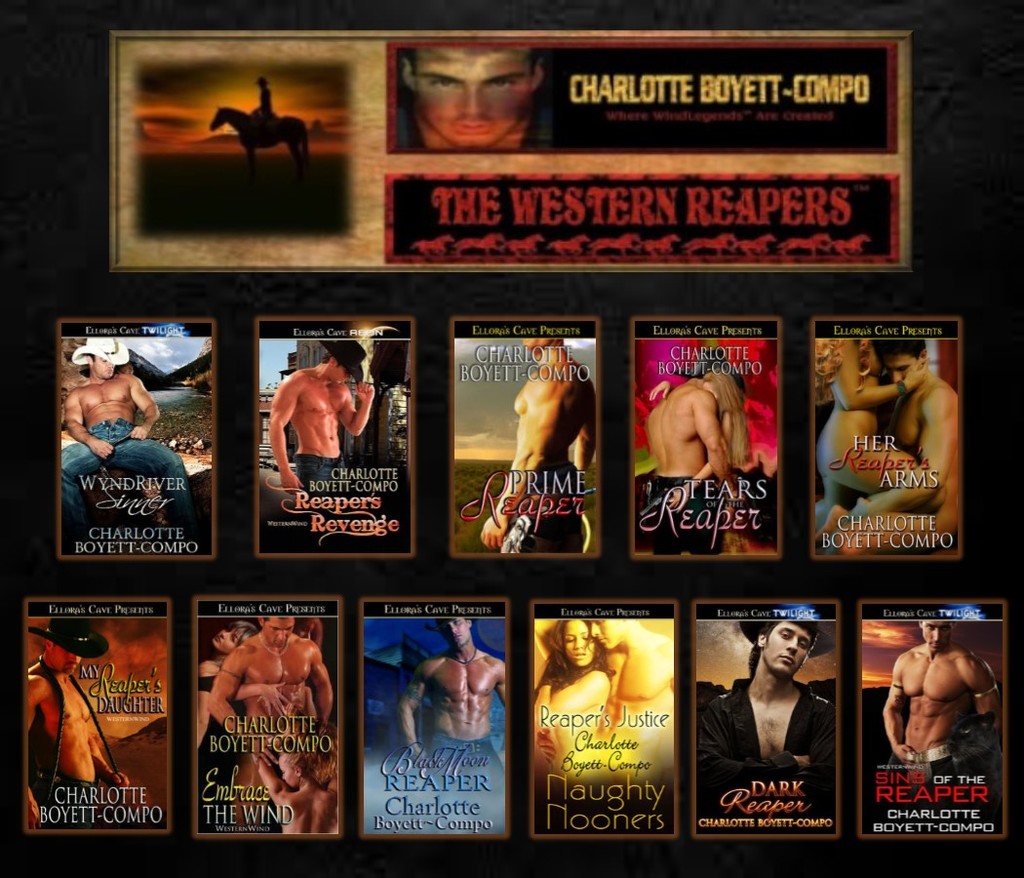 Part of the Wind Legends Universe

She loves to watch *ANYTHING* in which Allan Hawco, Michael Trucco, Victor Webster, or Chris Vance have starred and patterns her heroes after these fine actors as her tribute to the many hours of enjoyment they have given her.

Connect with Charlotte at: