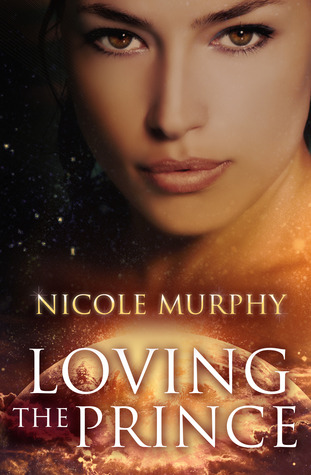 Cassandra Wiltmore is the heir to the throne of Rica, but it’s unlikely she’ll be stepping up any time soon. So she spends her days managing and building the Rican Balcite Mining Company. The company has made her family wealthy beyond imagination, but that kind of power needs careful control, and Cassandra is just the Wiltmore to control it.

When a new bid for the mining license is announced, Cassandra is determined to squash it. Then the thefts and threats begin, and every step she takes seems to be wrong. Taking on a new protector seems like an indulgence Cass can’t afford, but she equally cannot afford to be caught off-guard. If only the best man for the job wasn’t also the best-looking man she’s ever seen.

Kernan Radaton has ambition, and as protector to Cassandra Wiltmore, he’s well placed to reach all his long-held goals. If only his new all-business boss didn’t make him think of only pleasure. With the company, the heir and the family under attack, the last thing anyone needs is a distraction. But once everything is safe again, Kernan is developing new ambitions — ones that involve a lot of very personal time spent getting to know his boss on a very personal level.

With betrayals and corporate espionage taking up most of her time, Cassandra can’t afford to make even one wrong step but her protector is the best looking man she’s ever seen and it seems with danger surrounding her Kernan has his work cut out for him in this riveting sci-fi romance.

This steady to fast paced plot keeps readers shivering in anticipation with lots of suspense, drama and romance.  The author describes the stories with well written scenes and details that capture the imagination and the well orchestrated suspense and drama draw the reader deeper into the story. The strong compelling characters are easily understood and grab the reader’s attention from the beginning.

The attraction between Cassie and Kernan is very strong from first meeting, but there are a few setbacks to this relationship that causes lots of drama and excitement including betrayal from family.   The reader can’t help but get caught up in all the intrigue that surrounds the couple and their relationship progresses at steady pace despite all that. Cassandra’s character really stands out and takes hold of the reader, she has a lot of responsibility and like any person makes mistakes along the way which adds depth to her character and she has a vulnerable side hiding among the take charge tough executive side that she shows everyone, but really with her life… I would be insane and snapping people’s heads off left and right. It’s a good thing that Kernan has come into her life…now is they can just keep the betrayals, insane monarchs and corporate espionage in line… oh but then she is heir to the throne that could be a problem…

There were a couple of instances where the story seemed to drag, but I am not sure why, because the fascinating world is full of intriguing characters and  the story is full of twists and turns that keep the reader guessing. I found the story enjoyable and entertaining and I am looking forward to reading the next book in this trilogy…maybe it’ll be Gareth’s story.

Nicole has been telling stories for as long as she can remember and been writing them down since primary school.

Her two main occupations thus far in her life – teaching and journalism – have taught her a great deal about writing. As a teacher, having to explain the nuances of story to young children helped to hone the information in her mind. As a journalist, Nicole has won awards for her writing (in particular a series of articles on mental illness) and has interviewed people such as Gary McDonald, Noeline Brown and Roy Billing. She quit journalism in 2008 to focus on her fiction writing.

Nicole has had more than a dozen short stories published, the most recent in the Scary Kisses, a paranormal romance anthology from Ticonderoga Publishing. She has worked in the speculative fiction industry as an editor and edited The Outcast for CSFG Publishing (including the Aurealis Award nominated horror short “Woman Train”) and Issue 25 of Andromeda Spaceways Inflight Magazine, both published in 2006.

Nicole is also active in fandom. She has been on the organising committee for the first five Conflux conventions, including chairing Conflux 4 in 2007 and programming Conflux 5 in 2008. She was involved with the organising committee for Aussiecon 4, the 2010 Worldcon in Melbourne (quitting when she got the deal for her urban fantasty trilogy The Dream of Asarlai) and is a long-time member of the Canberra Speculative Fiction Guild (CSFG).

Nicole lives in Queanbeyan with her husband Tim, a computer programmer who happens to be one of the top croquet players in Australia and has just captained NSW to victory in the interstate cup.