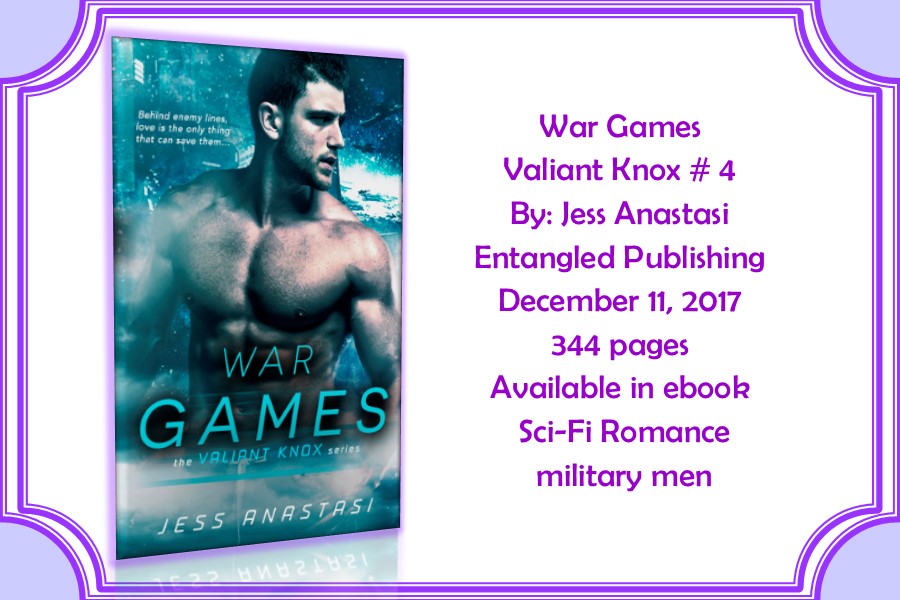 When one of her pilots is shot down behind enemy lines, Lieutenant Theresa Brenner will stop at nothing to save her before she’s captured and tortured, even if it means being part of the dirtside team led by Colonel Cameron McAllister. Bren might respect the way the colonel commands his men, but she’ll never trust Cam—no matter how charming he is—because he was responsible for her brother’s death.

Colonel Cameron McAllister has a covert mission behind enemy lines to team with the Ilari rebels and overthrow the bloodthirsty dictator who’s torn their planet apart. The last thing he needs is to get sidetracked searching for a downed pilot, especially since it means having Lieutenant Theresa Brenner tag along. Not only doesn’t the frosty pilot have the ground game to keep up with his seasoned group, she’s a potential distraction with all those gorgeous blond curls of hers—and she might be just like her brother, whose foolhardiness got his men killed.

Be prepared to be kept on the edge with adrenaline pumping action, suspense, and a heated romance when you pick up this book as readers get a ringside seat to the final battle in the war to overthrow the bloodthirsty dictator.

Cam and Theresa are vivid characters with sizzling chemistry that must overcome their past history and personal issues in order to even think about having a relationship but that doesn’t stop the burning attraction from distracting them from their mission and heating up the pages for the readers to enjoy. The rocky romance keeps emotions at an all-time high for the couple as well as readers with some heated confrontations and red-hot passion and while the turbulent emotional battle rivals the action on the battlefield, the danger the characters face throughout their mission builds the suspense and thrills throughout the story, ensuring that readers can’t stop turning the pages.

I have loved joining the Valiant Knox throughout the war as Jess Anastasi brought each and every book to brilliant life with well written words, an inspired world, electrifying characters that I enjoyed getting to know and thrilling action and suspense that has readers biting their nails, so I am definitely sorry to see the series end. But what a way to go, the author did a fantastic job with the tension building final mission, the action filled and remarkable battle and the splendid epilogue that gives readers a glimpse of what is instore for the characters in the future, which I just want to say makes the parting with this series a little less painful for me.

War Games is the 4th and final book in the Valiant Knox series.

Valiant Know is available in ebook at:

Jess Anastasi can be found at: