Release Day Review: The Virgin's Night Out by Shiloh Walker 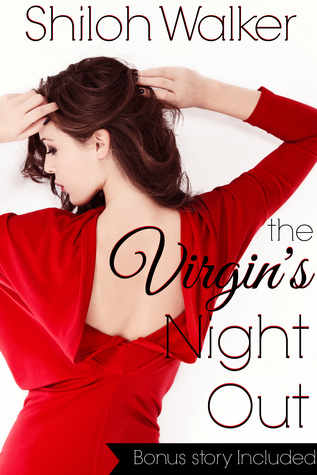 Sloane Redding is the shy one, the timid one. The morning of her wedding, she's dumped by the man she'd thought she'd spend the rest of her life with. Humiliated, she turns tail and runs, leaving Nowhere, Alabama for a job in the city. Sloane sets out to remake herself. She succeeds...on the outside. On the inside? Different story. She still the shy Redding. Still quiet, still more interested in standing on the standlines. But all of that is about to change.

The night before her brother's wedding, she strolls in the lone bar in Nowhere wearing wicked red and she's got one goal in mind: to show her ex-fiance just what he lost.

The night before his best friend's wedding, D.B. "Boone" Cassidy walks into the lone bar in Nowhere, Alabama with one goal in mind. Get wasted. Former military, he's spent the past few years as a security specialist and all around troubleshooter. It should have been easy to spot the trouble that night...a sexy woman in wicked red. It should have been easy. Yeah, right.

One thing leads to another and his plans to get wasted turn into a night with the sexy woman in red . Boone gets the shock of his life the next day when he shows up at his friend's wedding to find out he'd just spent the night wrapped around his best friend's little sister...and that isn't the only surprise.

Includes a bonus story, Tempt Me.

They each had plans for the night but their plans go out the window and they end up spending it together and then they get the surprise of their life in this captivating contemporary romance.

Quiet and shy Sloane Redding has one mind in goal for the night – to show her ex-fiancé just what he lost and security specialist and troubleshooter, Boone Cassidy has one goal in mind for the night – get wasted. The reader can’t help but be pulled into the story as things spiral out their control and they end up giving in to a night of scorching hot sex and the surprises that come after that night turns their life upside down. Sloane and Boone both grab the reader’s attention and capture the heart as they try to deal with their complicated emotional issues over their past and present while the fast paced and smooth flowing plot captivates readers with lots of suspense, emotional turmoil and romance.

The well written scenes and details capture the imagination and bring the emotionally gripping story to life as the well orchestrated events ensures that the readers can’t put the story down until they have read every last word. Most of the suspense and anticipation of the story comes from the budding relationship of two wounded souls coming together but there is some added excitement when Boone’s job causes him some major problems.

I was completely caught up in this story from the very beginning –while it tugs at the heart it also is a sweet happily ever after romance that makes the heart feel good. 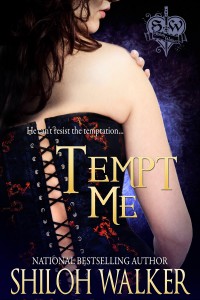 What Tempt Me has to say:

She’s a temptation he can’t resist…

Roxanne ‘Rocki’ Monroe’s life is full of secrets and hidden heartaches. Cole Stanton would love to heal her pain and chase away the ghosts of her past, but she’s just a complication he doesn’t have room for in his life.

Or so he thinks.

It doesn’t take Cole long to realize he’s more than willing to let temptation get the best of him, more than happy to deal with complications if that’s what it takes to get her.

What I have to say about Tempt Me (the bonus story):

Cole Stanton would love to chase Rocki Monroe’s pain and ghosts of the past away but she is one complication he doesn’t need in his life – or so he thinks in this riveting contemporary romance.

Roxanne ‘Rocki’ Monroe’s pain may start to heal if she finds the right man – one worth risking her heart for again but right now, she’ll run her lingerie store and the reader can’t help but taken in by these strong compelling characters as two unsavory characters try to take it all away. The fast paced and smooth flowing plot keeps readers shivering in anticipation with suspense and passion as Rocki and Cole’s sizzling desires for each other pull their life onto another path. The well written scenes and details capture the imagination while spine tingling excitement builds when Rocki’s life is endangered by another ghost from her past.
I found this story to be a quick and enjoyable read full of passion and second chances that captures the heart.

Shiloh Walker is an award-winning writer…yes, really!  She’s also a mom, a wife, a reader and she pretends to be an amateur photographer.  She published her first book in 2003. Her newest series, Secrets and Shadows, launched with Deeper than Need, followed by Sweeter than Sin and Darker than Desire.

She writes romantic suspense and contemporary romance, and urban fantasy under the name J.C. Daniels.

Shiloh can usually be found at:

For more books by Shiloh Walker: