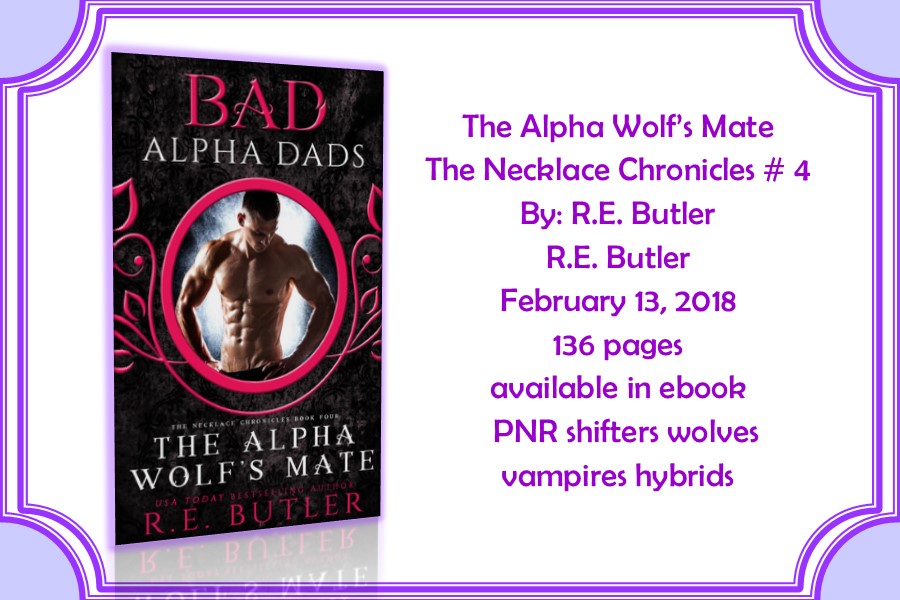 Ryde Mitchell, alpha of the largest wolf pack on the Eastern seaboard, has no time for anything but ruling his pack. The only bright spot in his life is his daughter, Brigelle, who at age seven has managed to wrap him entirely around her pink-polished fingers. He knows that Bri should have a mother, but he can’t spare the time to even consider choosing a female from his pack to mate, and assures his sweet daughter that he’ll have time for her as soon as pack tensions settle down. When Bri decides to cast a spell on her father’s behalf to bring him the perfect mate, she has no idea the storm of trouble she’s bringing their way. All she wanted was for her dad to have a mate and for her to have a mom. She didn’t want to put her father’s life, or her own, on the line.


As the sister of the vampire mistress of the city of Arbor, Dominique Tremaine has seen her share of weird. Born into a powerful family, she spends her time dealing with the vampires in their large kiss and helping keep their city safe from encroaching shifters, who would just as soon stake them as form alliances. When she finds a beautiful necklace hanging from her vanity mirror, she assumes it’s a gift from her sister and puts it on. The instant the medallion touches her skin, she passes out and wakes up in the most unlikely of places – an alpha wolf’s bed.


Ryde is furious that his daughter went behind his back and spelled for his mate. Not only does he have zero time to woo the utterly sexy blood drinker, but with all the pack unrest, the last thing he needs is to mate with his people’s mortal enemy. If he keeps Dominique, he could lose his pack and his life, but he doesn’t know if he can walk away. Especially not when he witnesses how connected his daughter and his mate are. If he takes a stand for Dominique, he could lose everything, but he’s not sure he can let her go.

The fascinating Necklace Chronicles continues with a red hot romance that is packed full of intrigue, thrills and sizzling passion that keeps readers glued to the pages until the very end.

Dominique and Ryde are faced with a mating that defies all convention which has the couple facing a lot of maneuvering and delicate handling while they work through their budding relationship that is full of electrifying chemistry and red hot passion while the fast plot keeps readers on the edge of their seat with lots of action and suspense as their mating upsets pack and vampire politics.

The Necklace Chronicles is a fascinating paranormal world with unique elements that add flair and intrigue to the stories so that along with the strong, compelling and charming characters has readers coming back for more. Of course, I find that R.E. Butler has a gift for creating wonderful, vibrant worlds that pull readers in and give them red hot passion right along with wonderful plots so it wasn’t any wonder that I was completely captivated with this one.

The Alpha Wolf’s Mate is the 4th book in The Necklace Chronicles and is a Bad Alpha Dads Romance.

The Alpha Wolf’s Mate is available in ebook at:

R.E. Butler can be found at: