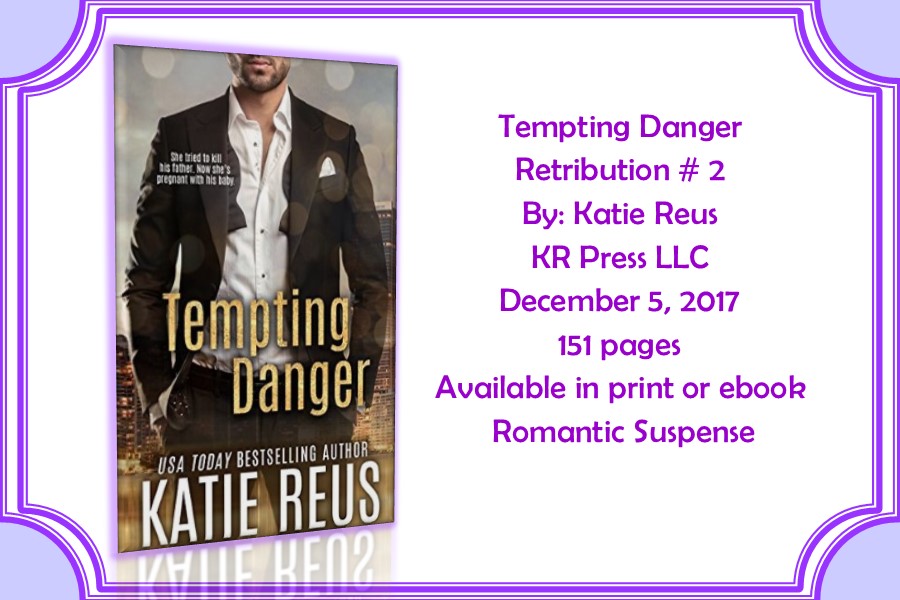 Alena Brennan’s relationship with Andre Makarov is… complicated. The casino magnate was a means to an end. Nothing more. At least that was what she tried to tell herself. Then she fell for him. Hard. But he kicked her out of his life when he discovered her lies.

Now she’s pregnant with his baby.

Andre understands why Alena wanted revenge. His father took everything from her, leaving her an orphan at a young age. But Andre still had to cut her out of his life. Now that his father is dead, she’s safe. He should just move on. But when he learns she’s carrying his child, all pretense is gone—he’ll protect Alena whether she likes it or not. She may kick up a fuss, but Andre knows the gorgeous model with a party-girl rep attracts attention…including the dangerous sort.

Author note: Alena and Andre were introduced in the book Retribution but this can be read as a stand-alone.

I was excited to realize that Katie Reus was writing Alena and Andre’s story as I was quite curious about what would happen to them after the events that took place in Retribution and I definitely wasn’t disappointed to find that their story is full of some intense romance issues with just a touch of violence from any bad guys. The story keeps the focus on the vivid, electric chemistry between the couple and their turbulent emotions that are caused by their situation which keeps readers glued to the couple.

Katie Reus writes some electrifying stories whether from her paranormal series, romantic suspense or contemporary romance books and I always become lost in her vibrant, well written worlds and Tempting Danger is no different. The story is a little on the short side but is a wonderful romance for readers to enjoy as I couldn’t put the book down until I knew how everything played out for this couple.

Tempting Danger is the sequel to Retribution.

Tempting Danger is available in print or ebook at:

Katie Reus can be found at: