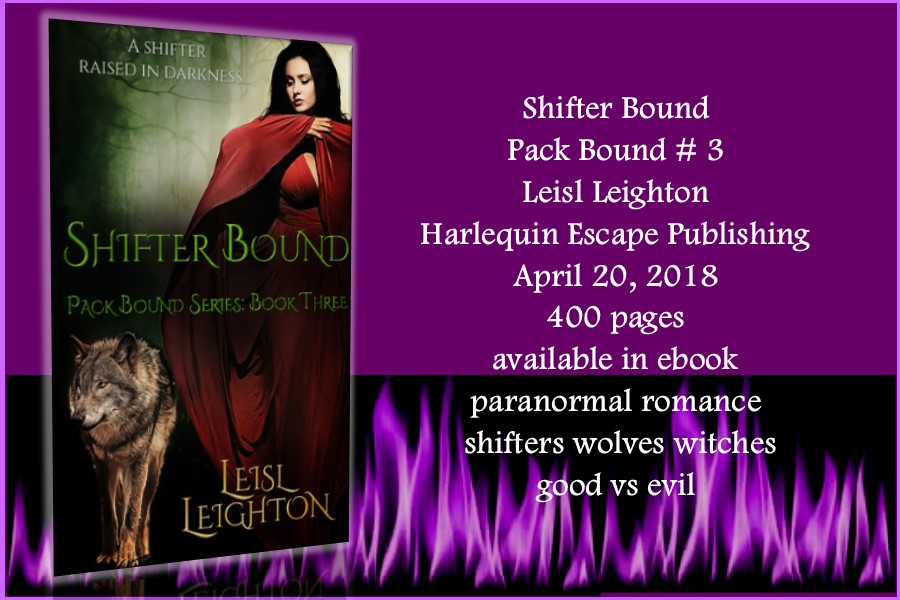 One pack, one coven, a destiny intertwined...

Five hundred years ago, facing extinction, a group of powerful witches united to create a pact with the Were to save witch-kind. The pact expelled an ancient evil, known only as the Darkness, that was blocking the Were from their wolves. With the Darkness destroyed, the Packs and their Covens grew strong as they thrived beside each other in their brand-new world.

Shifter-Witch Eloise O’Brien has betrayed her Coven and almost killed her brother to save the Were Pack she’d infiltrated as a spy. Now living with the Were she once feared and hated, she learns the truth of who she really is—the prophesied Nexus. A witch of unspeakable power, she must make a choice between the light and the dark, between Iain McShane, the Lone Wolf she is coming to love, and her once beloved brother and Coven who are now working for the Darkness.

The intriguing Pack Bound saga continues in another thrilling romance that keeps readers on the edge of their seat as the wolves and the witches struggle to accept the changes that are taking place in the pack and with the never ending attacks by their evil nemesis.

All the characters in this series are strong and compelling, easily captivating readers with their lives and their romances and Eloise and Iain have a strong sizzling attraction that is pulls them together but their romance is full of strife and upheaval that tugs at readers’ heartstrings and keeps them fully invested in the story emotionally as well as being kept intrigued with every things that is going on.

The suspense and intrigue of all the exciting events that take place in this story keeps readers on the edge of their seat with anticipation as well as keeping them wondering just how the pack will overcome all the adversity and insecurities that flow from the pages as their enemy comes up with new ways to kill off the pack and anyone who gets in their way. There is lots of twists and turns to ensure that the readers can’t possible guess what will happen next.

I was completely caught up in the suspense of the story as well as this emotionally turbulent romance where both the hero and heroine seem to think that neither has a chance at a ‘happily ever after’. This series continues to enthrall me and their enemy continues to incite some very strong emotions from me as well, so needless to say I can’t wait to find out what happens in Moon Bound which is supposed to be released next month.

Shifter Bound is the 3rd book in the Pack Bound series.

Shifter Bound is available in ebook at:

Leisl Leighton can be found at: