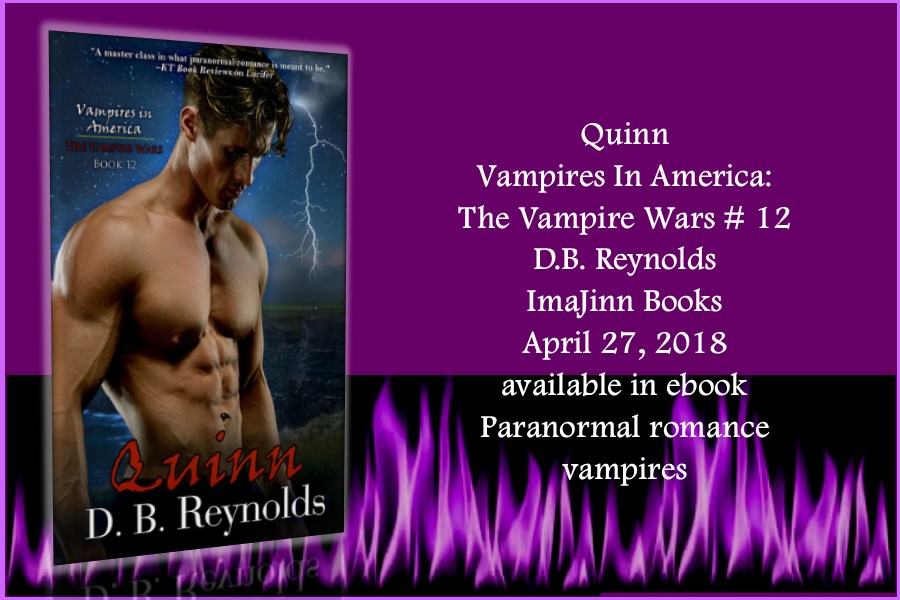 Vampires in America: The Vampire Wars, Book 12
Ireland—a land of magic and fantasy, of fierce warrior kings and fairy mounds . . . and, of course, vampires who’ve been around for nearly as long as those beguiling fey.

Brilliant and ambitious, Quinn Kavanagh was aiming for the top, even before he was turned. But now, as a powerful vampire lord, he’s driven by the demands of his blood, compelled to conquer and destroy, to defeat Ireland’s criminal ruler, and make the territory a better place for all its vampires and humans alike.

Smart and beautiful, Eve Connelly was a graduate student with life’s endless possibilities stretched out before her. She knew nothing of vampires and didn’t care . . . until she watched two of them murder her beloved brother. Now she’s driven, too. But she doesn’t want to help Ireland’s vampires—she just wants to kill them.

Bound together by love and hate, Quinn and Eve will risk everything to bring down the bloody regime of Ireland’s current vampire ruler. But in order to find revenge for Eve and the ultimate power for Quinn, they first have to learn to trust each other. And that might be the most dangerous thing of all . . . .

The Vampire Wars are getting more exciting as the American Vampires expand their reach and bring the fight to Ireland.

Quinn and Eve are strong, compelling characters that have an undeniably sizzling chemistry that has sparks flying in every direction along with some snarky dialogue as well emotional ups and downs that easily draws readers into the story and ensures that the readers want to know every last detail of this rocky relationship as they struggle toward their happily ever after. Their romance is made even more interesting in the fact that Quinn may have met his match in every way which has the couple bristling with egos and tough exteriors.

As with all of the Vampires in America series, Quinn is full of thrills and chills as Quinn plots and plans to take down the Master of Ireland and his illegal operations. There are lots of twists and turns to keep readers guessing and enemies to either destroy or turn against their leader all while Eve keeps Quinn on his toes with her vendetta against vampires.

D.B. Reynolds sure has a way with words and she makes sure her characters do as well as she give them brilliant life and she makes her vampire world so fascinating that I never get bored no matter how many times read each and every one. So, I am quite thrilled to tell you that you that once again I have enjoyed my time spent in her world while I got to know Quinn and Eve and I can’t wait for the next book as I believe it may be time to visit Scotland….hmmm?

Quinn is the 12th book in the Vampire’s In America series.

The Vampire’s In America series so far includes:

**The series also includes 2 collections of short stories that give readers more glimpses into the lives of all their favorite vampires:

Vampires in America: The Vignettes Volume 1

Vampires in America: The Vignettes Volume 2

Quinn is available in ebook at:

D.B. Reynolds can be found at: 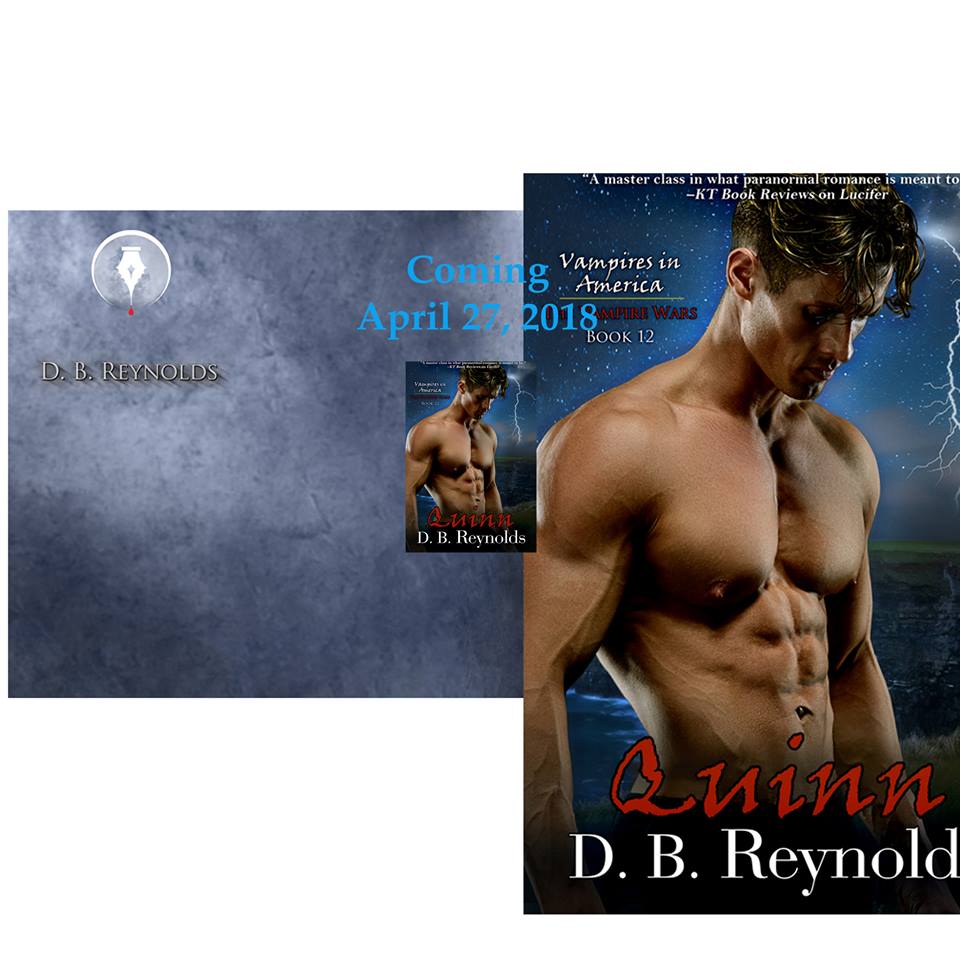