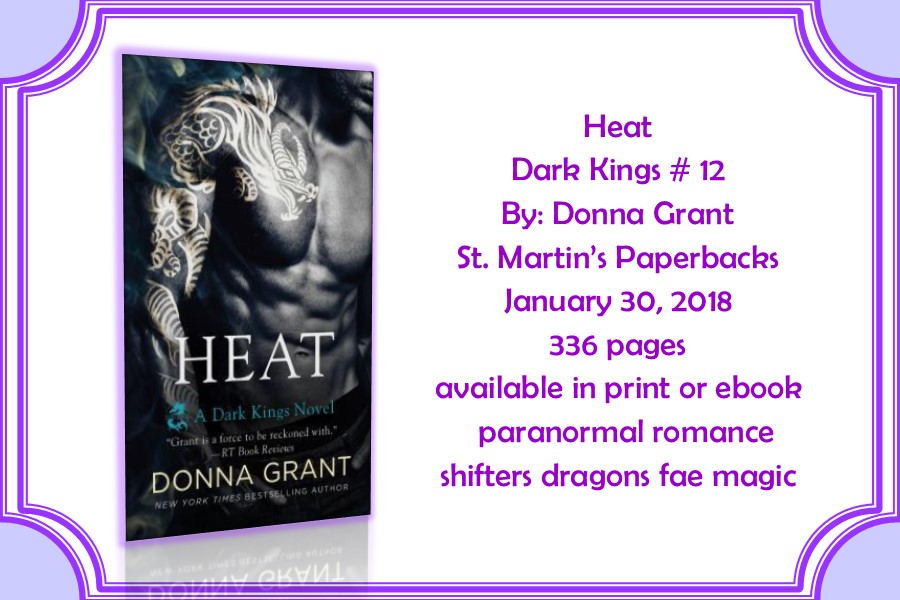 Nikolai is a dragon shapeshifter who knows well the meaning of loss. Orphaned and raised to be a Dragon King, he never accepts defeat. Now, Nikolai prefers his solitude . . .until a beautiful, irresistible woman calls upon him for help—and Nikolai’s whole word goes up in flames.

Ever since MI5 agent Esther woke to discover her mind taken over with magic, she feels like stranger to herself. She looks to a notorious dragon, one who has the power to help her find her memory. But as she and Nikolai come closer to discovering what really happened to her, a dangerous passion ignites between them. Can this lone Dragon King help the woman he’s grown to love to uncover the truth about her past—or will a deep and fiery danger tear them both apart?

Once again the Dark Kings series brings suspense, excitement and romance into the lives of readers.

Nikolai and Esther are strong, captivating characters that grabs reader’s attention and refuse to let go as they charm and delight readers throughout their story.  Nikolai and Esther both capture the heart and has brings out some strong empathic feelings from readers during their story and their romance sizzles with electricity that practically leaps off the pages.

Heat is a fast paced story full of suspense and thrills that keep readers on the edge of their seat and glued to the pages throughout. The story not only has Nikolai facing his past with Ulrik which gives readers better insight into Ulrik, but the story also has our characters on a journey that full of danger and excitement as well as emotional turbulence. Let’s not forget about the light fae and the dark fae who are also causing quite a bit of mayhem and interest throughout the story with quite a few changes are in their worlds as well.

As always, Donna Grants Dark Kings series enthralled me from beginning to end and there was no way I could put it down once I started reading it and since Heat revealed a few secrets and brought about quite a few changes, I am eagerly awaiting the next book.

Heat is available in print & ebook at:

Donna Grant can be found at: