There are no monsters, only good guys and bad guys. That’s the creed by which Detective Inspector Faith Connolly has always lived.

When Faith discovers that she has a time bomb counting down in her head, she has one goal; to solve the murder case she’s working on—a young girl who was found drained of blood—and in doing so gain closure for a long ago murder never solved. Her investigation brings her in contact with Ash Delacourt. Ash is all black leather, big guns and sexy bad attitude—definitely not one of the good guys.

As payment for a debt, Asmodai AKA Ash Delacourt, finds himself working with the Order of the Shadow Accords. He’s the demon representative on the newly formed Committee for the Integration of Mankind and well…everything else. It’s a chance to be near his daughter, make a new start, and—once he’s met the delectable detective—maybe have a little fun.

There are no monsters. But as Faith’s investigation deepens, her beliefs are eroded and for the first time, she is falling in love—with one of the bad guys. But how can she ever let Ash close when her time is running out…?

The third book in The Order series is a thrilling and entertaining read.

Faith discovers she a time bomb counting down in her head and focuses on solving the murder case she’ working on, a young girl who was drained in blood and in the course of her investigation comes into contact with Ash Delacourt, black leather, big guns and sexy bad attitude.  As payment for a debt, Asmodai (Ash) finds himself as the new representative for the newly formed Committee for the Integration of Mankind and … well everything else and maybe he’ll have a little fun with the delectable detective on the side.  Faith finds herself falling in love for the bad guy, but how can she let him get close when her time is running out?

This fast paced and smooth flowing plot keeps the reader on the edge of their seat with lots of suspense, action, revelations and romance.  The story captures the imagination with vivid imagery and detail that make the reader feel as if they are part of the story and the characters are strong and draw the reader deeper into the story.

The attraction between Ash and Faith burns up the pages and the sex scenes are hot and steamy, leaving the reader scorched with passion. The reader’s hearts are captured by the strong, tough detective who finds herself lost in a world that she was sure did not exist and the further complication of her illness.  Ash is Alpha bad guy that every woman secretly yearns for and makes the reader shiver in delight.

The author keeps the reader guessing with some surprises that the reader doesn’t see coming and the reader becomes enthralled by the characters and keep coming back for more to find out what will happen next within the order.  I was captivated from the beginning of the series and this book certainly lived up to the others, I don’t know if the Nina Croft plans on more books for this series, but I certainly hope so, there are more characters that I want to hear more from. 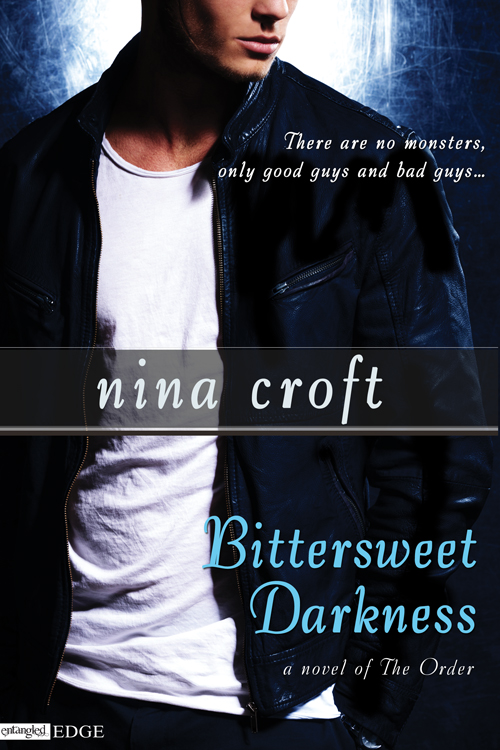 Welcome to the Order of the Shadow Accords

Thousands of years ago, the earth was a war zone where demons and fae battled. To protect the earth, the supernatural races set up the Accords, a set of rules for how they could coexist. As part of the Accords, demons would live in the Abyss, fae would live in the Faelands, and neither would have the ability to enter each other’s worlds.

Things improved, but the hatred between the two races runs deep and The Order of the Shadow Accords was set up on earth to provide a buffer, and also to ensure that humans are not destroyed by the wars that periodically break out. 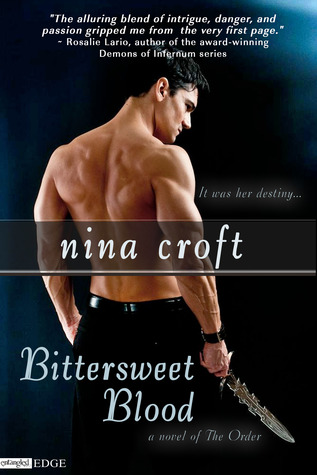 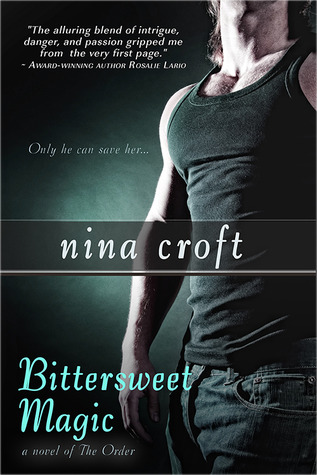 Nina Croft grew up in the north of England. After training as an accountant, she spent four years working as a volunteer in Zambia which left her with a love of the sun and a dislike of 9-5 work. She then spent a number of years mixing travel (whenever possible) with work (whenever necessary) but has now settled down to a life of writing and picking almonds on a remote farm in the mountains of southern Spain.

Nina's writing mixes romance with elements of the paranormal and science fiction.