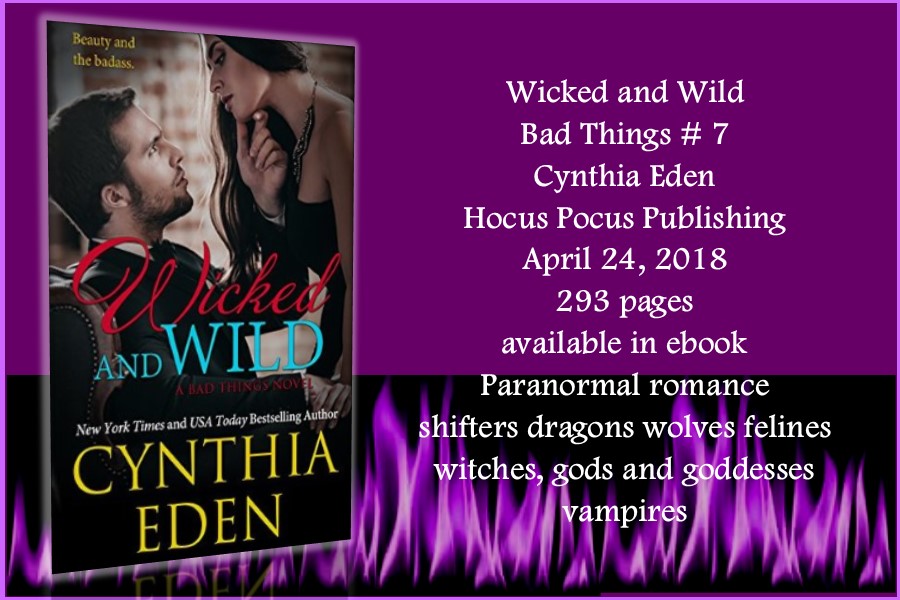 Everyone knew that Valerie Storm was the baddest bit—um, witch on the block. She might look like Snow White, but she had the heart of the wicked queen. She turned her enemies to ash, she danced on their graves, and she had to be stopped. But who could stand up to someone so wicked?

Griffin Bastien was the most powerful shifter to ever walk the earth. His claws had sent plenty of his foes to the grave. Bloodlust burned fast and hard within him, and when his beast took over, there was no stopping him.

Neither of them believed in love. And neither of them ever expected the firestorm that ignited when they kissed. But some things—some people—can’t be controlled. The need that Valerie and Griffin feel for each other, the white-hot lust, will change their world.

Even hell doesn’t burn this hot.

Too bad that Griffin has been keeping secrets. Too bad that he is the original assassin sent to destroy Valerie. Because when she finds out the truth, there will be no greater fury than a wicked witch betrayed. Even the biggest, baddest beast might discover that he’s absolutely lost when a witch casts her spell, and he will be willing to do anything to reclaim the mate he never expected.

Buckle up, it’s gonna be a wild ride.

Author's Note: WICKED AND WILD is a complete, stand-alone story that is set in the world of my "Bad Things" paranormal books. Expect a sexy alpha, a very fierce heroine, and hot times ahead.

If you love the Bad Things in life, then Cynthia Eden’s Bad Things series is for you! It is definitely for me as it is full of wonderfully sexy and charismatic characters that just love to be bad and it takes place is an intriguing world that makes the perfect setting for all these wonderful characters.

Griffin and Valerie are two of those characters and let me tell you that I just had to get to know them, they had an electrifying chemistry and a sizzling attraction that leapt from the pages and their snarky and somewhat insulting dialogue really made things interesting as they tried to work out their very stimulating, sometimes funny, sometimes emotional and all the time absorbing relationship. There were lots of ups and downs in this relationship and these characters have no trouble with putting readers under a spell and keeping them glued to the pages.

There are lots of dangerous and exciting happenings within this story with several thrilling bad guys which keeps the anticipation building and readers on the edge of their seats while plenty of twists and turns keep them guessing as to what will happen next and just who is betraying whom and who is helping.

As usual, Cynthia Eden knows just what her readers like and she has no problem giving it to them and Valerie and Griffin make sure that readers know it and love it in this thrilling story that made me want to be Wicked and Wild and read the story a second time… maybe I will because it will make the waiting for the next book go a bit faster…hmmmm.

Wicked and Wild is the 7th book in the Bad Things series.

Wicked and Wild is available in ebook at: 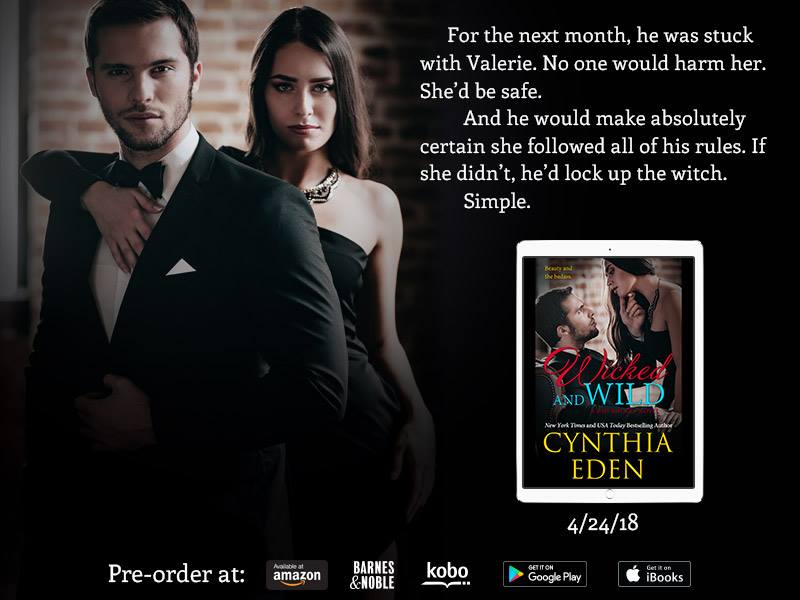